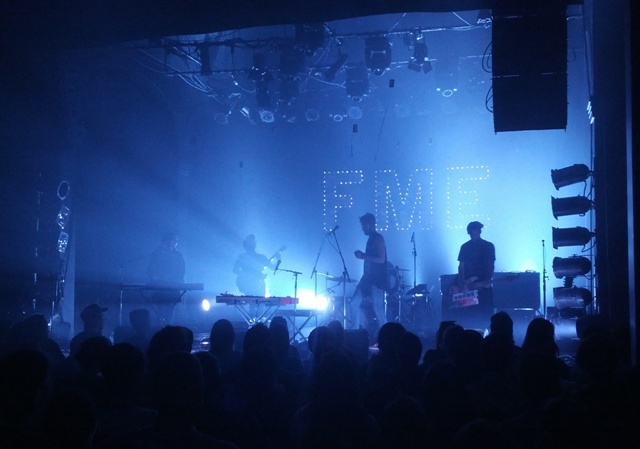 However frigid Montreal may get during the winter months, keep in mind it’s usually about 10 degrees colder in Rouyn-Noranda, if not more.

Harsh forecast be damned, organizers of the always popular Emerging Music Festival in Abitibi-Témiscamingue, which runs every August, have decided to hold a winter edition for the first time, from Jan 29-31. The Montreal-centric line-up for what’s been dubbed Quartiers d’hiver features the likes of Heat, fresh from being named to every band-to-watch list for 2015, former Cult MTL cover boy Pierre Kwenders, as well as increasingly heavy rockers Elephant Stone and Chocolat. Muscadettes, Boogat, Groenland, Technical Kidman, Beat Market and a 360 virtual reality installation starring Patrick Watson will also make the lengthy commute (seven to eight hours by car).

But will the people emerge from hibernation to see them perform?

“The response so far has been really great,” says co-founder Jenny Thibault. “We sold 100 passes in 24 hours after announcing the festival, and that was even before we revealed the bands.”

With the festival having grown to the point where there are a few full-time employees in Rouyn-Noranda year-round, it made sense to give the idle hands something to do during the winter.

“It’s a test. We’ve talked about it for a few years, because there really is a need for shows this time of year,” Thibault adds. “I mean, people go outside (in the winter). But yeah, sometimes if it’s really cold they’ll cancel school because the buses won’t start.”

Unlike the summer festival, all the Quartiers d’hiver shows will happen indoors. Thibault says there will be bars with fireplaces set up outside in front of the venues.

Like most places with cold-weather climates, Rouyn-Noranda has a vibrant metal scene, so organizers have put together a metal-themed soirée starring Beyond Creation, Depths of Hatred and Obliterate. That will be followed by a closing electro show with Surfing Leons, Ponsolo B2B Ledisko and DJ Muglei.

Of course the big headliner, something Montreal’s winter fests could never hope to score, are the northern lights, should they bless festival goers with their presence. Too bad they’re as unpredictable as Frank Ocean.

“Yeah, they’re amazing,” says Thibault. “We saw them once during an edition of the summer festival.” ■