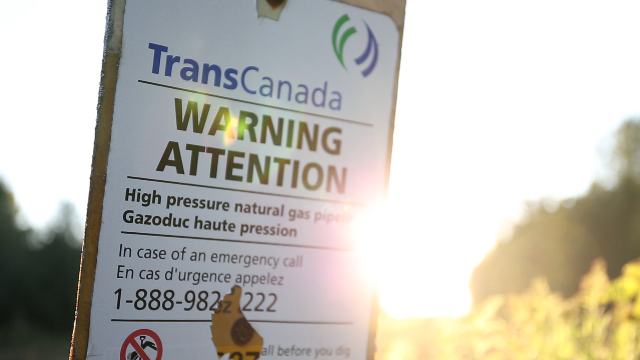 “Quebec is, after all, a distinct nation.”

Sounds like something straight out of a Pierre Karl Péladeau pitch to lead the Parti Québécois, doesn’t it? Or maybe it’s from a speech Pauline Marois once gave to the Rimouski Chambre de Commerce.

It might surprise you to learn that it instead comes from the executive summary of the strategic plan for TransCanada’s Energy East Pipeline project, prepared by the Edelman international PR firm and leaked this week to the great embarrassment of the Canadian oil giant.

In case you missed the news, the proposed Energy East Pipeline would transport up to 1.1 billion barrels of Alberta oil to a shipping port in St. John’s, New Brunswick, across 4,400 kilometres of Canadian countryside, including 1,400 km of new pipeline east of Montreal and through a repurposed 40-year-old pipeline running from southern Ontario to Montreal.

The 46-page document is a fascinating read for anyone who wants to see the matter-of-fact approach that modern marketing moguls take to moulding and manipulating public opinion. In this case, Edelman — which previously ran a $52-million PR campaign for the American Petroleum Institute — even advises TransCanada to target two prominent opponents of the Energy East Pipeline, the David Suzuki Foundation and Council of Canadians, by “knowledge-sharing” information about the groups with pipeline supporters who will be recruited and coached to act as the public face of the oil lobby.

Quebec is indeed a distinct problem for TransCanada since, unlike Ottawa and Alberta, we are still committed to reducing greenhouse gas emissions, which the oilsands has played a major part in actually increasing. There also isn’t much of a local economic argument to be made here, especially given the risk of a costly spill of the “dilbit” (diluted bitumen) the pipeline would carry.

And then there’s BAPE, the independent environmental hearings board that will investigate the potential impacts of the project and hear briefs from individuals and groups from across the province, including more than 20 that have so far voiced strong opposition to the Energy East project.

And without Quebec, the pipeline will quite literally go nowhere. Instead of ramping up tarsands production by 40 per cent to fill the new pipeline, TransCanada and western oil producers will have to slow the pace of the highly polluting and destructive bitumen extraction to match the restricted capacity of transportation.

But this, too, TransCanada will attempt to capitalize on here — exploiting memories of the tragedy in Lac Mégantic — by reminding Quebecers of the dangers of transportation by rail of highly flammable petroleum products. What it may forget to mention is that roughly a quarter of the dilbit consists of expensive light petroleum products used to dilute the syrupy bitumen so that it can be transported by pipeline. Once the dilbit arrives at the port or refinery, the chemicals will be recovered and sent back to Alberta … by rail.

That means the Energy East Pipeline will actually increase the volume of volatile petroleum products being shipped by rail across the province.

The hiring of Edelman to help sell the Energy East Pipeline to wary Quebecers is an indication of the stakes involved in the is $12-billion project, and a clear sign that public opposition has played a critical role in stalling projects like the Keystone XL project that failed this week to get U.S. Senate approval.

Fortunately, the leaking of the Edelman strategy has given opponents a clear view of exactly how the energy sector plans on trying to mould public opinion and should allow for a more transparent debate. In addition, politicians and the media are now fully aware of how they are being targeted by TransCanada, and even Quebec Natural Resources Minister Pierre Arcand has vowed the province “won’t be swayed by communications plans.”

That, of course, remains to be seen. But now that we’ve seen the oil industry’s play book, which Greenpeace described as a bag of “dirty tricks” — we can at least hope for a more level playing field. ■