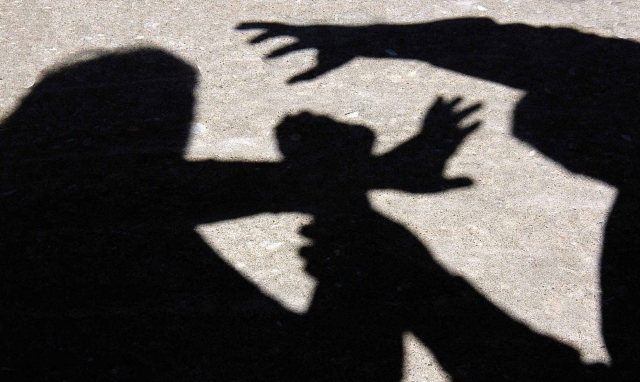 Wandering through the MAC’s Biennale this week, I stumbled into three walls of hand-rendered reproductions of text messages and social media posts. After reading a column and a half, I realized that what I was looking at were messages exchanged between the perpetrators of the Steubenville gang rape, and I quickly moved on.

If I’d taken time to read Lisa Sproull’s article about Biennale exhibits, I would have known right away what this was and could have chosen to avoid it. And under normal circumstances, I probably wouldn’t have avoided it, the same way that at first I didn’t avoid articles and Facebook posts about Jian Ghomeshi. It’s important for people to know that these attacks happen, and it’s important for impunity to be exposed and torn down, but somehow the intensity of the discussions and the amount of detail exposed in the Ghomeshi case is just overwhelming, to a point that right now, my reaction to anything about rape and violence against women is to walk away, fast, which undermines the point of discussing it.

Both cases are abhorrent, and the more we hear about what Ghomeshi did, the more I’m enraged. And the more discussion I see and hear, the more I’m frustrated at the kinds of stock responses that well-intentioned people throw around. Yes, many victims of abuse and assault never report it because they’re scared of being judged, of not being believed, of having to relive it all in court while facing their attacker. The thing I haven’t seen mentioned though is that it’s also part of the abuser’s control mechanism to make their victim feel worthless, and that no one would want to help even if they did speak out, particularly in cases of ongoing abuse (which at least one woman says was the case with Ghomeshi).

Another thing that doesn’t sit well with me is that people are devouring the details, leaving the victims to be exploited for someone else’s sense of righteousness a second time and forced to relive their experiences in a public forum without the potential of protection and justice that a courtroom provides, all while claiming to be speaking in the victims’ best interests. On top of it, it took those details being published and women naming themselves before the conversation shifted from “innocent until proven guilty” to “sexual assault must be stopped.” It’s as if we’ve somehow arrived at a point where we don’t believe and defend victims, and can’t muster the level of outrage these situations demand, unless we have all of these details to manufacture it with, which in itself points to just how desensitized we’ve become to sexual violence.

That the details are even being published as vividly and extensively as they are is part of the problem. Obviously, victims who are prepared to speak publicly need a forum in which to share whatever they’re comfortable with, and obviously there’s a lot of merit in knowing just how much atrocity we as a species are capable of. With that said, though, it seems to me that just about everything I’ve read recently, particularly in the past week, has evolved into a culturally sanctioned pornography of violence that’s come to replace skillful, thoughtful or sensitive writing, and that holds itself above reproach with two little words: Trigger Warning.

Trigger Warnings (aka Content Warnings) are everywhere. And as much as they might be helpful on a superficial level, they’ve been so extensively used to excuse mindless regurgitation of details that it’s time to reconsider what we’re writing if we think it might need one. Then there’s the baggage that comes with the phrase itself. It carries with it an assumption that anyone continuing past those words has a greater amount of mental and emotional fortitude than those who stop, and implies that writing with a little more care is not worth the effort, thereby reinforcing the narrative of unworthiness that many victims of abuse are already coping with.

On top of that, making it so easy to find the graphic details, whether they’re hiding behind Trigger Warnings or not, ends up providing a kind of framework for the “legitimate rape” crew to start parsing out degrees of assault. Granted, the fact that the bystanders in the Steubenville case didn’t realize what they were seeing was rape because it didn’t involve a penis, or that some people seem to think because women willingly went on dates and back to Ghomeshi’s house with him it somehow makes his attacks less than assault, points to a serious need for public education on this. But there has to be a better, more considered way than by turning the social discussion into a hellscape of detail that, in the end, only desensitizes us more and reinforces the problem. ■