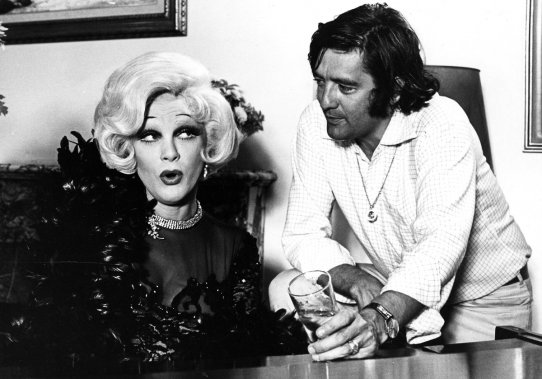 Before Mado there was Guilda

Some notable screenings include Guilda: Elle est bien dans ma peau, a documentary about the legendary Montreal transvestite performer Jean Guilda, which closes the fest; Pat Mills’ dark comedy Guidance, which premiered at TIFF; In the Turn, a documentary about a 10-year-old trans girl who finds solace in roller derby; Futuro Beach, which stars Elite Squad’s Wegner Moura in the role of a man haunted by a drowning he could not prevent; Mondo Homo: A Study of Gay French Porn in the 70’s, which has the fest’s most self-explanatory title by a far margin (though I’d wager Queens & Cowboys: A Straight Year on the Gay Rodeo is not far behind); the campy screwball comedy Such Good Friends, starring Michael Urie, Scott Harrison and Party of Five’s Scott Wolf (!) and Concordia grad Maureen Bradley’s Two 4 One, a comedy about trans pregnancy starring Gavin Crawford from This Hour Has 22 Minutes.

Tickets cost $12 ($9.50 for seniors and students, $13 for special events) and are available online or at any of the venues (Impérial, Beaubien, Pavillon Judith-Jasmin and Laika).