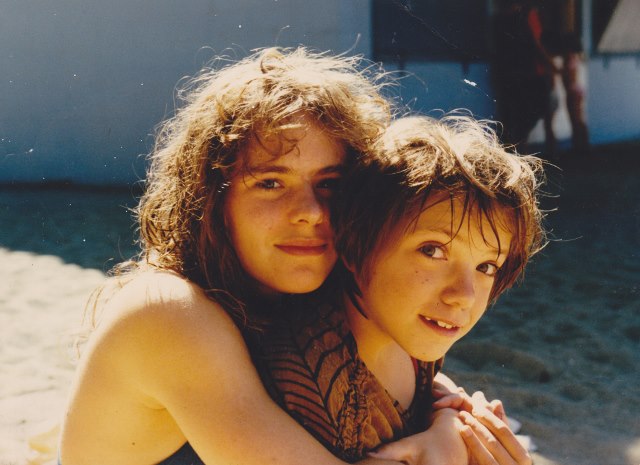 Johanna Nutter had a ramshackle childhood, growing up in and around Montreal with a hippie mom and unstable home.

As an adult, she was trying, slowly, to move away from her given role as the family caretaker. Meanwhile, her sibling, James Diamond, was transitioning from life as a woman to living as a man.

Then Nutter got a phone call.

Her brother had conceived a child mid-transition, and needed her help. The news literally floored the aunt-to-be, leaving Nutter collapsed on her kitchen floor in shock for over 24 hours.

For years, Nutter toyed with the idea of bringing their very real shared story to the stage.

She eventually penned and starred in My Pregnant Brother, a searing, observant and funny solo show that won “Best of the Fest” at the 2009 Fringe. Nutter has performed the show in both English and French, including a stop at the Edinburgh Fringe last summer.

But despite the show’s popularity, some critics saw the play as misappropriation. “Certain blog posts [said] I was exploiting the transgender community for fame and fortune,” Nutter recalls. “I started getting hate mail.”

To be fair, her brother did not react well to the show either. “The audience was laughing through most of it,” Diamond says, remembering that he was “pretty devastated” by My Pregnant Brother.

“I tried to explain to him that it was my perspective on things; I was trying to tell my own story,” says Nutter. “He said, ‘Well, maybe I’ll make my own play and call it My Playwright Sister.’”

Well, jump ahead a few years, and that show is becoming a reality. Nutter and Diamond will perform a sort-of sequel under that very title at the Montreal Fringe this month.

The goal is to present the side the audience was never explicitly shown: Diamond’s own story, which also involves his painful struggles with bipolar disorder, abuse and sexual identity.

“I decided to do what I wish she would have done, which was work with me on it,” says Diamond, who’s an accomplished multi-disciplinary artist based once again in Montreal after years on the West Coast.

“My brother was really feeling that it was important for him to tell his story, especially because my niece, his daughter, is going to want to see these things when she gets old enough. He wanted her to have the full picture,” Nutter says.

Diamond’s daughter is now eight, and living with extended family. “I hope that she understands how deep the struggle I went through was,” he says.

Both liken My Pregnant Brother to a wall that separated them, while the new show is tearing that division down. Director Jesse Stong will moderate between Nutter and Diamond as they struggle to wrest control of the narrative, something pretty relatable to anyone with a family.

“Everyone who has a sibling knows what it’s like to make something together,” Nutter says.

“I do think [our story] is accessible to your average person,” adds Diamond. “I don’t think any family is normal.” ■
My Playwright Sister runs June 5–20 at Espace Freestanding Room (4324 St-Laurent, #300), as part of the Montreal Fringe Festival. Shows on June 7, 14 and 20 are preceded by a performance of My Pregnant Brother at no extra charge (but space is limited)