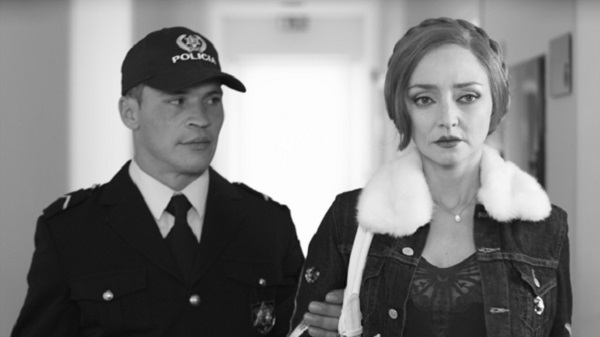 The Montreal Latin-American Film Festival (FCLM) opens this evening with a screening of Journey to Portugal, a film that follows a Ukrainian woman’s struggles with immigration after landing in Faro, Portugal. The fest, which is in its fifth year, celebrates the hidden gems produced by talented filmmakers from Latin-American countries, whose work doesn’t always make it to our shores.

This year’s selection includes 16 films chosen from the Berlin, Cannes, Toronto, Los Angeles, Buenos Aires and Guadalajara festivals, and the films range from hard-hitting dramas to documentaries, romance and comedy.

We spoke to programmer Roland Smith earlier this week about the fest and his role as programmer.

Kayla Marie Hillier: Previously you were the director of the festival — how have things changed now that you’re the programmer?
Roland Smith: Basically I rent the theatre and I take on the risk to finance the festival. You have to pay transport for all the films. You have to pay sometimes a few hundred dollars to get the films. I’ve been around for the past 51 years in this business. Last year was my 50th anniversary. So I know a little bit about the industry and how to program a film for a festival.

When you see a film at a festival, you’re against all the other programmers that are trying to get the film for their festival. If Toronto people want to program that film in September, they will get the premiere. I will not have it in April.

My chance is to be there when the films are shown for the first time and come first with the offer to show it in the festival. It’s not easy. I must have seen 70, maybe 80 films in the last year from these countries. Maybe half of them I wanted to show. Out of 40 I came to 16. There were films I couldn’t get for different reasons — it’s not easy being a programmer. Just because you want a film, you like it, that doesn’t mean you have it.

KMH: What interests you about Latin-American films?
RS: I don’t speak Spanish unfortunately. I’m 71, so I won’t start to learn a language at my age. I feel that Latin filmmakers are really making a presence in the world of cinema.

I’m very happy with the 12 films that we have in competition. They haven’t been shown in Montreal and they represent different countries. There’s three films from Mexico, there’s two films from Argentina… it’s a very interesting selection and it’s representative of what’s being made in the world of Latino films today. Definitely something to see.

I don’t want to mention a film in particular because I don’t want to influence anybody of the jury. But there are films from Spain and Argentina that break new grounds in cinema. I was really enthusiastic about programming them. I’m very happy that it all worked out for what I had in mind for the festival. ■

You can also check out the list of films and watch the trailers here.