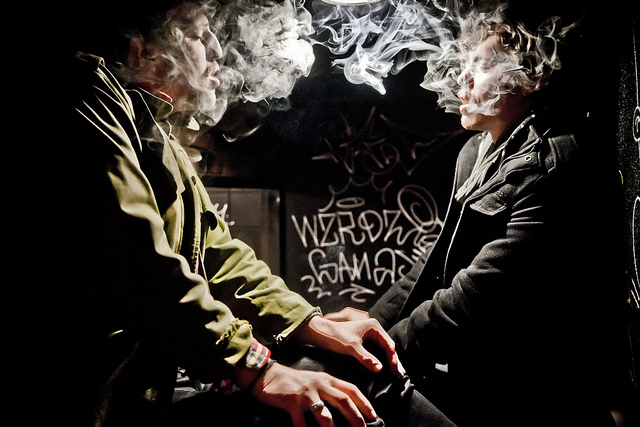 Humans is Robbie Slade and (Montreal native) Peter Ricq, two fun guys working in “No Fun City” (Vancouver), who happen to sound almost identical on the phone — it took me at least 10 minutes to figure out I was speaking to two people.
During our last three-way conversation (for the Mirror), we discussed their awesome puppet video “Bike Home” and Slade’s one-time summer job as a firefighter in northern B.C. This time, they were lost in Hamilton when I called, and the conversation shifted from their new music to tales of another summer job (on a nude beach) to what to do when encountered by rival Humans.