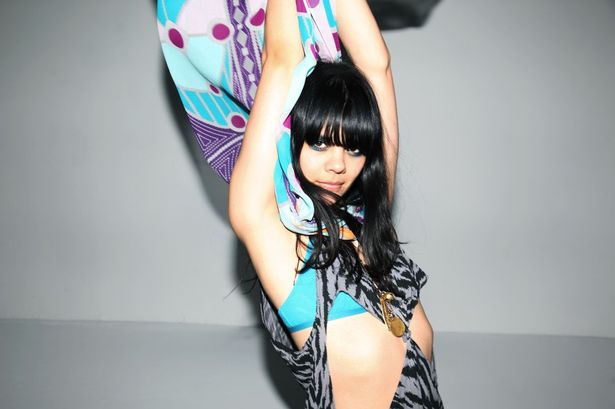 The new record by Bat for Lashes + an audacious track by Chicago’s King L & a taste of what Swans have in store for Montreal tonight.

Staggering death noise on the new record (on vinyl) by Nate Wooley, Christian Weber, Paul Lytton + a Rihanna cover by Bat for Lashes and another audio-visual gem from South African freaks Die Antwoord.

The Thing’s recent collaboration with Don Cherry’s daughter Neneh went all indie-viral. Now that they are in the spotlight, it’s time to see if they can hold the attention of their newfound fans in the pop world. While The Cherry Thing did not compromise the trio’s howling aesthetic, revisiting rock anthems like the Stooges’ “Dirt” and Suicide’s “Dream Baby Dream” while fronted by a sultry songstress is an easier sell than bludgeoning through 17-minute tracks of free jazz/noise. On a two-LP-only set from a Lithuanian record label. And with a guest known more for his classical training than his alt-rock cred.

Tenor saxophonist Pharoah Sanders rose to prominence as John Coltrane’s late-period sparring partner, appearing on peak 1965–67 Trane recordings including Meditations, Ascension and his last Olatunji concert. Following Coltrane’s passing, Sanders kept the tradition alive with LPs of his own ensembles through the early ’70s, notably the superb Izipho Zam.  But what did Sanders do prior to 1965 to attract Coltrane’s attention in the first place? This four-CD box set answers that question, with three sessions led by Don Cherry, Paul Bley and Sun Ra, and another dedicated to Sanders’ first session as leader.