First, we were given false hope for Christmas gatherings and then they were cancelled. Then, we started seeing images of people brazenly heading to Mexico or Cuba for the holidays — as if we weren’t in the middle of a worldwide pandemic and numbers of the dead and hospitalized weren’t being tallied up almost daily.

The loophole that never really was

Then, a news report came out that travellers coming back to Canada could theoretically be eligible for the Canada Recovery Sickness Benefit (CRSB), government aid to the tune of $1,000 aimed at encouraging travellers to quarantine for two weeks upon their return. The outrage came loud and clear from every corner of the country.

Not only were these inconsiderate travellers not being penalized for vacationing abroad during a pandemic —  they would be rewarded for it? In essence, paid by our tax dollars to extend their vacation at home? The mere thought of this injustice was enough to get everyone riled up, pundits furiously typing away at their computers, voters vowing never to vote for this government again, outraged members of the Bloc and the Conservative parties publicly criticizing the Liberals for being so lax, so naïve, so careless.

The only problem? The CRSB isn’t a new or obscure piece of legislation. It’s a benefit that was unanimously adopted in the House of Commons back in September, with all parties voting for the measure. Watching Erin O’Toole and Yves-François Blanchet express “outrage” at something they themselves voted for months ago makes me a) question whether they’re solving Sudoku puzzles while in session, or just b) being callous opportunists. I’m going with b) because Sudoku puzzles are harder.

The principle of “harm reduction”

The CRSB was and is only intended for those who must quarantine because they are sick or have been exposed to the virus and don’t have paid sick leave from their employer. It was never intended for those coming back from travel who already know they must quarantine upon arrival. That means that very few of these travelling folks we’re angry at right now will qualify or even attempt to apply for it.

La Presse columnist Patrick Lagacé did a good job explaining the principle of “harm reduction” and how it guided and continues to guide this government benefit. If you push aside the frustration at the small possibility that someone might benefit from aid intended to reduce public harm, one can see the goal is simple: to limit the spread of the virus, regardless of the “morality” or “ethics” of who deserves help or not.

While there are no actual reports of any traveller applying for and benefiting from this money, the government has called it “an accident of law” and promised to close any possible loopholes to ensure that it doesn’t happen. We can’t lose sight of the objective, however. The CRSB relies on the same principle that guided the CERB: ensuring the maximum number of people get the help they need as quickly as possible, even at the risk of someone abusing the system, so they can quarantine, don’t contaminate coworkers and we limit collective harm. We’ve seen what the opposite strategy has reaped in the U.S. The advantages far outweigh any possible abuse of the system.

Not all travel is the same

Would I have preferred that these politicians had never travelled? Absolutely. How can you possibly tell people to make huge financial and personal sacrifices while you pack your bags to sun on a beach? Not only are you serving as a terrible role model for those looking to the government for some direction and eroding public trust, but you’re also abdicating your personal responsibility to behave like part of a collective looking out for one another.

That doesn’t mean, however, that all travel is equally bad. Life is rarely black or white. A family trip to vacation on a sandy beach in St. Barts while you’re pretending to be home working (hello, Rod Phillips!) has little in common with compassionate travel because a loved one is dying, or because you travel to reunite with a spouse you haven’t seen in a year. Even so, it’s hard to condone any travel for politicians right now because it undermines all our collective efforts.

Some politicians didn’t help their cases at all. In their blundered attempts to justify their reasons, many managed to appear hopelessly out of touch with the people who voted them in. The chasm between the average Canadian taxpayer and the wealthy, privileged elites who often find themselves working in government never looked so wide.

The epitome of privilege

Attempting to explain away 17 years of annual Hawaiian vacations as a “family tradition” one couldn’t abandon to a population filled with frontline workers who don’t know how they would cover rent if they lost their jobs, healthcare workers risking their lives every day fighting this virus, or exhausted parents trying to work from makeshift living-room offices while their children are attending online Zoom classes next to them is the ultimate in self-absorption.

Attempting to explain how you had to travel to Mexico to bring your parents’ possessions back and had to stop along the way in the U.S. to sell another piece of property while food banks and homelessness have mushroomed across the country? While overworked and exhausted nurses have been forbidden to take any time off at all, and thousands of Canadians weren’t allowed to be with dying loved ones, or even gather to mourn them? It makes you appear clueless. It’s no wonder this hit a public nerve.

Canada’s decent social safety net and free universal health care ensure the chasm between the haves and the have-nots is neither as wide as it is in the U.S. nor as obvious. But this pandemic has really brought to the forefront the stark realization that life is not the same for everyone. People are understandably running on empty.

The next few months are going to be hard. Impatience and frustration are going to go through the roof as we start to see the vaccine-rollout light at the end of the tunnel but realize it’s not nearly as close as we want it to be. Some of these politicians would have been heavily criticized for what they did and how they handled things regardless. But for many travelling for compassionate or personal reasons, they are victims of bad timing and ever-increasing public frustration with the ever-increasing predominance of “rules are for thee, but not for me” thinking. People will look for scapegoats and it’s natural that they will find them in government officials busted sidestepping the rules.

Yes, politicians are human and can make mistakes, too. But they can’t afford to ignore the fact that making short-sighted decisions to travel will influence others to flaunt public health guidelines and endanger us all.

Issuing platitudes about how “we’re all in this together” means little when you’re saying it from Honolulu with a Mai Tai in your hand. The optics just aren’t going to inspire compliance. Politicians are not only undermining their careers when they make these decisions, more importantly, they’re undermining our collective efforts. ■ 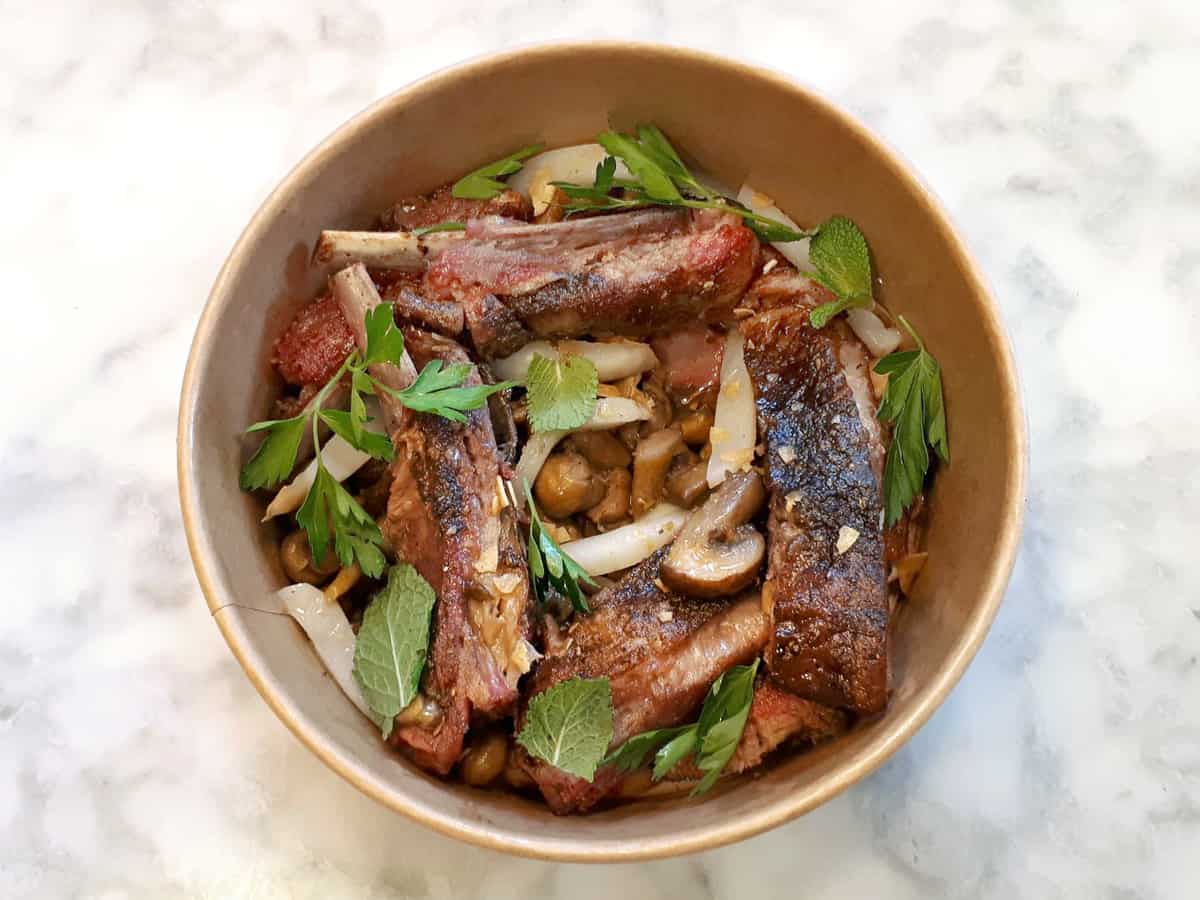 Former Nora Gray and Beba sous-chef Alex Henderson has taken over at the Petite-Patrie bistro.