In Montreal, the “Bus Stop Rapist” served only a third of his sentence before kidnapping a teenager in Outremont in broad daylight. In Toronto, a dentist charged with the sexually assault of patients (and “sexual interference” with minors) is still practising without being obliged to inform clientele.

Amid all the commotion and understandable anxiety triggered by the Quebec government’s press conference on Monday to announce their new, updated, slightly revamped but still highly questionable plan to reopen schools in a few weeks, another piece of troubling news seems to have slipped almost completely under the radar.

Last week, a man who served 12 years in prison for sexually assaulting eight women over the course of 21 months was re-arrested for kidnapping a teenager in broad daylight in Outremont. As police explained it, she was walking to her friend’s house on Friday afternoon when a man pulled up beside her and pretended to be a police officer. He told her he was arresting her as a suspect in a drug deal, handcuffed her, managed to get her into his car and then proceeded to blindfold her. That’s when the victim, as she told Global News, realized something was terribly wrong.

Reading the details of this brazen kidnapping in broad daylight made my hair stand on end. It’s the stuff of nightmares, the kind of scenario your mom warns you about when you’re heading out the door as a young teenage girl and you silently roll your eyes at her for being so paranoid. Only these nightmare scenarios occasionally happen and evil people like this do exist. I don’t have kids, but I don’t know how parents navigate the world without going a little crazy with worry every time they read stories like these.

Luckily for the young girl, who remains anonymous because of her age, her survival instincts kicked in. She started screaming and eventually managed to open the door of the car and roll out into the street. A quick-thinking witness took a photo of the man’s car and Montreal police officers arrested him an hour later. I’m both grateful to the passersby who reacted so quickly by getting his licence plate and to the SPVM for doing their job so efficiently. I’m less impressed by our parole system, which, once again, seems to have failed sexual assault victims.

The kidnapper is not some random first-time-offending pervert, but a man with a well-documented and lengthy record of sexual assault and sadistic deviancy. His name is Michel Cox, a 43-year-old Montreal man also known as the Bus Stop Rapist for using the same modus operandi in all his attacks. He would stalk women after they got off city buses in Laval and Montreal, often late at night, and assault them. Between 2002 and 2004, he assaulted eight girls and women between the ages of 14 and 25. He would follow them, bind and gag them, threaten them at knifepoint and sexually assault them. For many of his victims, he would exhibit additional sadism by stealing their purse and ID cards and then gleefully informing these poor women that he knew where they lived, reported Gazette crime reporter Paul Cherry back in 2014, when Cox was initially denied parole.

Even though the Parole Board of Canada still considered him at high risk of reoffending and a psychologist who assessed him in 2016 found little change in his behaviour, with the “risk sufficiently high to justify keeping Cox behind bars,” the Bus Stop Rapist was inexplicably released from prison in 2017. He had only served two-thirds of a 21-year sentence, but despite no apparent progress in his behaviour and clear assessments by professionals pointing to the dangers of releasing him, Cox was out early.

Another Parole Board blunder

It was only months ago that I wrote about Marylène Lévesque, a 22-year-old sex worker employed by a Quebec City massage parlour who was murdered by 51-year-old Eustachio Gallese. The man who killed her had already killed his girlfriend years ago. Even though the Parole Board initially found that he posed “a high risk of violence,” they later inexplicably changed that to a “moderate risk” and he won conditional release to a halfway house. While out, they allowed him to see sex workers to “alleviate his sexual needs.” A convicted killer who was once considered at high risk of reoffending was allowed out on day parole to interact with sex workers as a “risk management strategy.” We all know how that tragically ended.

Whether here, in the States or around the world, the parole system, often mimicking the justice system, continues to underplay and minimize sexual assault and violence against women as deserving of real punishment and real consequences for the perpetrators, and real concern for the victims — current and potential new ones. One only has to think of the highly publicized Brock Turner case or the Jacob Anderson case, both of which have been highly criticized by victims and advocacy groups as being overly lenient for sexual crimes.

Turner was convicted to a paltry six months in jail for rape and only served three. Anderson didn’t even see jail time and didn’t even have to register as a sex offender, allowing him the freedom to potentially assault again. Most importantly, such ridiculously lenient sentences not only don’t allow for justice to be served, but also send the message to victims that it’s not worth trying to seek justice through the justice system. When people get upset at the “lawlessness” of public denunciations, maybe they should get angrier at the lack of justice available to victims of sexual assault. As a society, we continue to underplay the damage sexual assault causes, doubt the veracity of the victims who come forward and give far too many chances to perpetrators of sexual assault to “redeem” themselves. Sexual assault is treated as a minor transgression that doesn’t necessarily represent the “essence” of the perpetrator, instead of the serious crime that it is.

Dentist is protected instead of his patients

Closer to home, let me share another story that will have you seething with anger. Six months after a Toronto dentist was charged with sexually assaulting patients and with sexual interference involving minors, the CBC is reporting that Amir Haydarian is still practising. The Royal College of Dental Surgeons of Ontario is investigating, but apparently Haydarian isn’t obligated to post a notification on his website or — brace yourselves — notify his patients! Are you seriously kidding me?

While the accused is entitled to his day in criminal court and he’ll certainly have it, how is it that the public, his patients and any potential underage victims haven’t been given equal consideration? How is it that someone can walk into this man’s office, have a parent leave their minor in his care while being completely oblivious to the fact that he’s currently charged with four counts of sexual assault and four counts of sexual interference? Don’t his patients have the right to know?

Michel Cox, aka the Bus Stop Rapist, was arraigned this past Saturday on kidnapping and robbery charges. He is currently in jail, pending his next court appearance on Aug. 20 and I hope this time he stays in for good. Even though his psychologist told his parole board that the risk of reoffending was high enough to justify keeping him in prison, Correctional Service Canada determined the risk was “manageable” as long as he resided in a halfway house. They were wrong. Just like they were wrong in Eustachio Gallesse’s case.

What necessitated Cox being released early from his prison sentence? He’s a serial rapist who exhibited sadistic tendencies and had shown no real progress or remorse while in prison. The man had raped so many women in the exact same way so often that he has his own moniker! Why did we need to hurry up and send him out to an unsuspecting public during early release?

If that young girl hadn’t acted as quickly as she had, she would now be one more statistic, one more number on the ever-growing list of sexual assault casualties, one more example of collateral damage in a world that continues to downplay sexual assault and violence against women and insists on playing Russian Roulette with our lives and safety. ■ 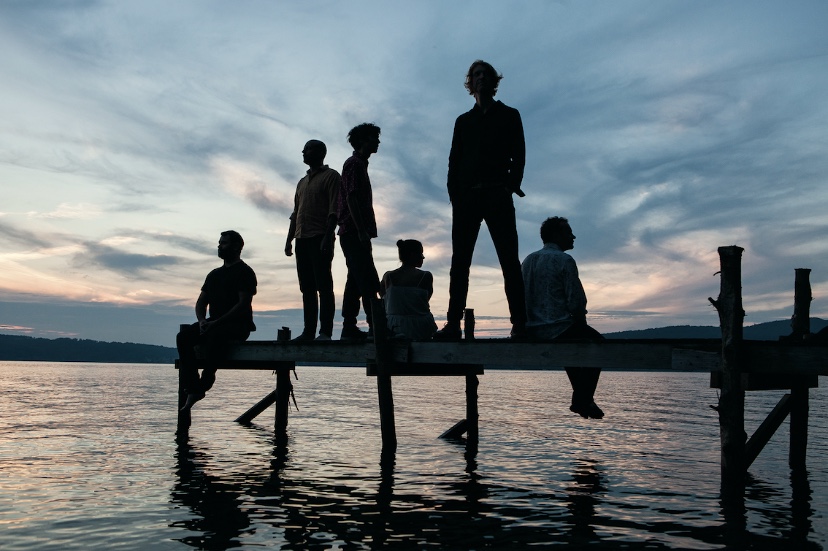 The band features two members of Arcade Fire and other local scene allstars.

We should be listening to the students and academics (of colour).