This week, Toronto-based singer STORRY releases CH III: The Come Up. The album’s concept draws much inspiration from her real-life experiences as a sex worker. It is introspective work at its finest. The singer, who spent many of her formative years living in Montreal, hopes the album can help erase stigma surrounding the industry, using her ever-compelling art to help push forward a more positive view of the field via savvy, self-aware songwriting and unique vocal chops.

Ahead of her return to Montreal for a launch party at Bar le Ritz PDB this weekend, I hopped on a call with the talented songstress for an insightful conversation into her life’s quest.

Mr. Wavvy: First and foremost, congratulations on this Juno nomination.

MW: Where were you when you first heard the news, what was your reaction?

STORRY: It just so happened that I was having an interview in the CBC building at the same time of the junos noms..My friend messaged me, “Hey, congrats!” I was like, “For what?” He said, “For the Juno nom!” Yeah whatever, I didn’t get an email or anything so what source do you have? And then [my publicst] Ola messaged me, “What the fuck, you got a Juno nomination!” It was an interesting day!

MW: That’s amazing. How did it feel to have it be for a song on a Sly and Robbie compilation?

STORRY: That was great! I really love working with Sly. We actually did quite a few songs together but this one, they decided to release on their album. I had written it like, a year-and-a-half prior [to its release]. I had already kind of forgotten about it in a way. I’ve written over a hundred songs. You don’t know when they’re going to come out. Sly and Robbie are legends.

MW: And so versatile too. They’ve produced everything from pop hits to comedy songs.

MW: Do you know of any if those other records you worked on with them would come out  in the near future?

STORRY: We will see. I don’t want to promise anything but I know that Sly really wants to do an EP with me.

MW: Cool. So let’s talk a bit about CH III: The Come Up. If you had one word to describe it what would it be?

STORRY: I would call it multidimensional.

MW: In what sense?

STORRY: It takes people on a journey. It does touch on different genres and different feelings. I was actually talking to one of my friends who I listened to the album before. He used to work in the industry that I worked in as a manager, at the strip club. He said to me that it was the most 3D version of that lifestyle that he’d ever heard or seen.

Often times, we limit people, especially sex workers because we put them in a category of what they would be like. There’s happy parts and proud parts, sad parts and sassy parts. There’s a whole range of emotions. I think it’s a really 3D, multi-dimensional album.

MW: It has a real Broadway musical sensibility to it. How do you think, if at all, going to Vanier to study Opera helped with that?

S: I think that being able to utilize your voice in many different ways lends itself to creating different types of melodies. Also, my co-writer Tom, he really loves musical theatre. He studied classical piano. He definitely brings a bit more of that musical theatre flare to the production.

MW: You went to F.A.C.E. High School as well, correct?

MW: I feel like anyone who came out of that school has a great musical sensibility to them, they have a different way of going about life. How did F.A.C.E. help shape you?

STORRY: Honestly, it was the best three years of my life. I went there for the last three years of high school. I lived in Toronto first. All of my closest friends are basically from Montreal and from that school. All of my friends are in the arts in some way or another. F.A.C.E. was like a family to me. We bonded so much as kids growing up. Being on the English side, we were only one class. You’re literally with the same kids in the same class every year.

MW: How was it coming into Montreal and having to go into a more French community?

STORRY: It was cool, I didn’t really think too much about it. I didn’t speak French very well so that was difficult. Other than that, I love Montreal. I completely prefer it  as a city to Toronto, the warmth and the energy of it.Toronto just has more opportunities for business.

MW: I feel like the downtown aspect of F.A.C.E. is so cool. Anyone who went there seems to really have a strong sense of independence.

STORRY: For sure. I was living in the South Shore. My parents couldn’t afford to be in the city, I would travel every day by myself to school. We’d be doing rehearsals late after school as well. F.A.C.E. was cool because you’d have your regular classes but you also have your art classes everyday. Our days started earlier and ended later than most kids. We had the extracurriculars of doing rehearsals for choir or the orchestra.

MW: Something like that must have set up a lot of building blocks for this album, setting the foundation of attributes you could use throughout your career.

STORRY: For sure. I was always encouraged to do art. Growing up as a kid, it was definitely helpful. Now, I feel like I don’t have a choice but to do art.

MW: What are some of the things you hope people take away the most from this album?

STORRY: I just want people to leave changed, that’s really my intention. Whether it be that they see things differently for themselves or for others. I try to share my story without shame, regret or guilt In order to allow space for other people to do the same. I think it has been working, to be fair. I’ve had a lot of people open up to me about some really traumatic things in their lives that they had never told anyone before because of too much shame, regret or guilt. It’s really wonderful to be able to share that with people. It’s hard, you’re very vulnerable. I’m often afraid that I will say the wrong thing, I don’t want to be the Debbie Downer in certain situations. I just tried to be authentic, speak my truth and hope it resonates with people.

My whole intention when I do art or do a show is to leave people impacted. People often make art as background music or something like that, although I do see the value in more fun, dancey music. My next album is probably going to be a little more up-tempo, more fun and lighter.

MW: I think vulnerable is a great word to describe it. One of the lines that stuck out the most to me on my first listen is on “Money Ain’t Free”, when you say “I’ve got anxiety disorder from all the slaps on my ass.”

STORRY: That is actually true. I had a lot of anxiety when it came to my sexuality after leaving  being a dancer. I had to, and still am seeing a therapist to deal with these issues.

MW: What do you think some of the biggest stigma is around the sex industry at large?

STORRY: I would say that the biggest misconception is that women in that industry… There’s the stereotype that it’s a last resort, that we’re not ambitious people.

Often times when I’m at work, I’ve had people talk to me like I’m a gold digger, as if I don’t work for the money, like I’m trying to steal people’s money. That’s really not the case. I’ve met some of the most hardworking, generous and brilliant minds in that industry.

A lot of us got into it maybe through traumatic experiences at first and some of us had to reclaim that space for ourselves but some of us did decide to do it on our own and own it for what it is. Everything that people think about sex workers is generally not true.

I’ve met so many people in my life who  have said to me, “Oh I never thought that you were a stripper. You don’t seem like one.” Well, what does one seem like? Because I don’t drink, I don’t do drugs, I read a lot, I’m articulate automatically makes me not a sex worker? I want the stereotypes that surround sex workers to change because it’s quite silly.

MW: Do you feel like the media at large is shifting towards healthier narratives around the industry?

STORRY: I think so. I think it started with Amber Rose. That was still difficult for her. She kind of laid a base for Cardi B to come. Cardi B was so honest about her life — I really enjoyed that.

Before Cardi B came out, I was already writing music about my life and that industry. I had so many people tell me that I should not tell my story, that it seemed like a gimmick. It felt really painful for me [to hear that]  because this is my life, and you’re calling it a gimmick? Then Cardi B came out and I was just like, “Fuck you everyone!” You just told me not to tell my story and here’s this lady who’s telling hers with pride. So that was really great.

I think we just need to have more and more positive narratives. I think before all of this, dancers were just the faceless girls, twerking in videos. Or they were the side, drugged out single mom who was on the street in a really, really sad movie.

MW: It seems a lot easier to steer away from clichés these days.

STORRY: It’s nice seeing all of these newer dimensions popping up. I think just more stories need to be told. There is the truth, and the truth is in the action, it’s what’s happening in the moment. There are all of these slivers of perspective, those give us a closer understanding of the truth. The more slivers of the perspective that we get, the closer we get to understanding the truth. The truth only exists at that moment. We need other people’s perspectives in order to understand the world better.

MW: Winding down here, I’ve got one last question. I finish all of my interviews with this question. STORRY, what is the meaning of life?

STORRY: The truest happiness is in being of service to others and of meeting the fullest potential. They say in yoga that living a true yogic life is essentially doing the best at everything that you do in every moment. If you’re washing dishes, be the best dishwasher. If you’re listening to someone, be the best listener. Even if you’re vacuuming, be the best vacuumer!

Additionally, to vote for your favourite musicians and bands in the Best of MTL reader’s poll, click here. 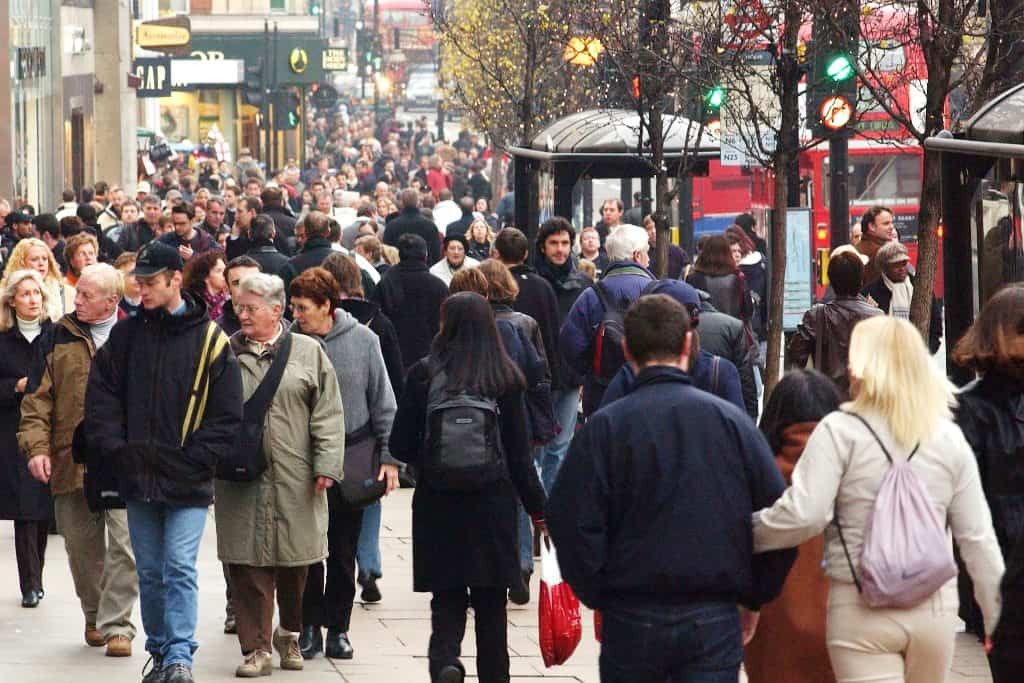