The Nutcracker, even for people who don’t go to the ballet or go see any kind of dance during the regular season, is entrenched in North American holiday traditions.

Most of you are probably familiar with the story of one middle class white family whose cozy Christmas celebrations spin off into their daughter’s fantastical involvement with an army of mice, a danced ode to the dazzling edible gifts of globalization (coffee, chocolate, marzipan, etc.) and of course the mended nutcracker toy who is transformed into a charming prince. Productions, including that of Montreal’s Les Grands Ballets Canadiens, typically involve scores of children running around in cute costumes.

It’s easy to write off The Nutcracker as sparkly philistine fair designed to fill seats, as The Washington Post’s dance critic Sarah Kaufman did to scathing effect when she called “the deathless Nutcracker” the “ballet equivalent of meatloaf,” yet the show is undeniably popular, and as Kaufman and others have also observed, the financial health of many ballet companies depends on the old Christmas stalwart to fund more interesting programming for the rest of the year.

So, what is there that continues to make it enthralling for so many? What makes it so that people so eagerly anticipate The Nutcracker — a tradition with perhaps more gravitas than a joyous yearly screening of Trailer Park Boys: Xmas Special. Stephen Satterfield, a dancer who’s been with les Grands Ballets Canadiens since 2011 — and who, between the ages of 5 and 33 has only spent a total of three or four years not doing The Nutcracker — has some thoughts on how performers are able to keep the piece alive, both for themselves and for the audience.

Satterfield is no stranger to a certain cynical line of self-inquiry with regards The Nutcracker, asking, “Why do we keep doing this?” Yet even if the repetition is wearing, he’s also keenly aware that The Nutcracker is often someone’s first exposure to a large theatrical production, and that the presence of all those kids curtsying amongst the pros both lends energy and excitement to the adult dancers while being a rare treat for children in the audience as well: “Even if that’s just their initiation into something that moves them or that creates an artistic reaction within them, that’s really important.”

He also notes the enduring, ear-worm allure of Tchaikovsky’s score. If there’s any one way that choreographers find newness in the piece, Satterfield thinks it’s in the musicality. “In every different version [of The Nutcracker] you have a clear reference as to what that choreographer was attracted to or considering musically… it’s such a great score. It’s old and it still has so much life. That’s why choreographers continue to make new Nutcrackers.”

Indeed, even as someone with a limited stomach for lighthearted prancing, the score is inescapably winning and lively — even the numbing children’s entertainment quality of the “Dance of the Sugar Plum Fairy” is elevated by the plucky optimism of that notorious celesta. Does Satterfield hum the music in his home? In stores? Oh yes. Is there any recourse? Satterfield laughs. “There’s no way to get away from it. It’s better to just accept.”

The Nutcracker may have limited drama, but its kitsch sheen lures you in. The candies, the snowflakes, the gingerbread soldiers, dolls and flowers — they are undoubtedly whimsical. Yet, the variants of The Nutcracker so many of us are familiar with still drag us down the same old magical journey again and again, which — surprise — renders that less magical for anyone not a doe-eyed babe high on their first hit of professional art.

Mark Morris’s The Hard Nut is one of the weirder versions of The Nutcracker, with costumes recalling a sort of a mellowed-out work by Michael Clark, but it plays with the original short story — The Nutcracker and the Mouse King by E.T.A. Hoffman — in novel ways. The Hard Nut does other interesting things like actually address the idea of race within the libretto (beyond the tokenizing scenes in the Land of Sweets that are fortunately increasingly subject to scrutiny). Not to mention, the atypically sexy Hard Nut was very well received. In other words, the very fact of The Nutcracker’s popularity makes it ripe for braver reworkings. Satterfield points out that The Nutcracker can “represen[t] magic, the magic of that enduring story — of your ability to transcend whatever your situation is during the holidays.” That’s a powerful thing, but magic and wonderment are not static ideals, especially not for children. ■ 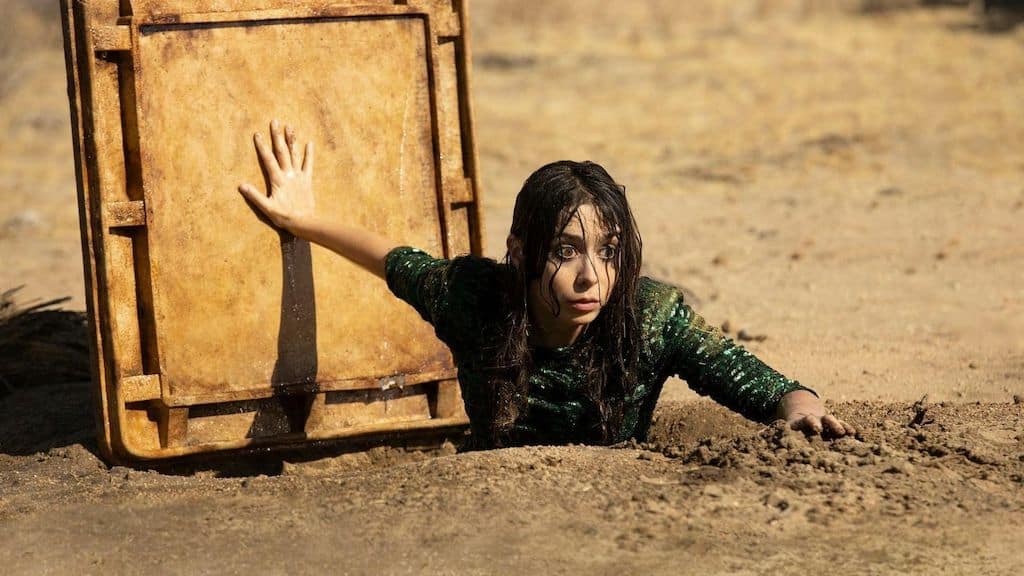