There was a time when strings represented ultimate squareness in rock ‘n roll. Strings were inevitably what a fatcat producer who doesn’t understand what you’re all about spread all over your three-chords-and-the-truth records. Lately, however, the ageing patriarchs of rock ’n’ roll have fucking loved strings. Bob Dylan and Neil Young both made explicit big-band records. I was not that enthused with Bruce Springsteen’s latest record when I gave it a listen on its release — while I was surprised at how well Springsteen meshed with the production, this particular corny-ass selection of songs about cowboys and stuntmen and riding motorcycles was made no favours by the lush string backing.

I’m already on the record as being 100 per cent down for whatever cheesy bullshit related to the Boss you may sling at me, so it’s no surprise to me that I was nevertheless kind of stoked to see his new concert film. Co-directed by Springsteen and Thom Zimny, Western Stars see Springsteen performing the entirety of his new record of the same title in an old barn on his property. It’s a fairly straightforward concert film, with each song being introduced by Bruce in unbelievably corny cowboy-philosopher mode. It shouldn’t work; Springsteen’s explanations for the inspiration behind each song seem incredibly scripted, and frankly, even if they weren’t, they’d be the worst part of the film. Yet, somehow, this kind of homespun wisdom from a billionaire in designer distressed jeans works, mainly because it ties in so perfectly to these strange, lush cowboy anthems that draw on Springsteen’s love of Jimmy Webb.

Western Stars is set for release in October.

It seems like “precocious teen from a rough background is forced to take care of their younger sibling” is one of those festival staple narratives that have to come around every year. Few are as unsentimental and well-observed as Sarah Gavron’s Rocks, however. Shola (Bukky Bakray) lives with her mother and younger brother Emmanuel (scene-stealing D’angelou Ossei Kissiedu) in a council estate in England; it’s a meagre living but a relatively happy one, until Shola (or Rocks, as she’s known) comes home one day to find an envelope of money and a note from her mother claiming she’s on her own for the next little bit. Worried that asking for help will lead to her brother being taken away from her, Rocks has to figure out ways to avoid anyone finding out that her mother has gone while also continuing to live a semblance of a normal life.

I hate miserabilism more than anything else in cinema, and it goes without saying that Rocks presents a premise that is ripe for the picking if miserabilism is your goal. Gavron, however, favours a more organic approach that’s somewhat reminiscent of the Safdie brothers, albeit less chaotic and aggressive. There’s minimal blocking and unobtrusive camera work to cover rambling, naturalistic dialogue. Most importantly, however, it tells a fully believable and lived-in story with minimal rug-pulling and emotional manipulation.

Rocks does not yet have a release date.

Lucy in the Sky

It’s not hard to see why Noah Hawley would be inspired by the story of Lisa Nowak and make a movie out of it. It’s the kind of wild news story that we’ll never truly comprehend from the other side – something so outlandish and yet so intangibly understandable that it feels like a challenge, somehow. What’s harder to see is how Hawley went from this to the turgid endurance session that is Lucy in the Sky, a drama with no sense of the dramatic.

Lucy Cola (Natalie Portman) is an astronaut with NASA who returns from a mission in space considerably shaken up. She has little patience for her Ned Flanders-like husband (Dan Stevens) and mopey niece (Pearl Amanda Dickson) and even less for the banality of life on Earth. She begins an affair with alcoholic fellow astronaut Mark Goodwin (Jon Hamm) which even he sees as out-of-character, but as the days go by, Lucy continues to find life on Earth less than stellar. Her only hope is to be selected for another mission, but her increasingly erratic daily behaviour is being picked up on by her superiors.

I’m not saying that Hawley couldn’t have told this story, but the final product of Lucy in the Sky is an excellent proof of the argument that women should direct women’s stories. Despite Portman’s best efforts, the character of Lucy is completely closed off and unknowable, which makes the audience’s own relationship with her behaviour completely passive. We’re watching a woman completely melt down for reasons that we understand intellectually but have absolutely no emotional impact or connection. It’s the equivalent of watching Hawley going “I understand, I understand” in a fight with his partner – a completely arbitrary and meaningless gesture that’s actually the opposite of what it purports to be. To his defense, it’s an incredibly difficult thing to show someone breaking down mentally, especially outside of the context of a psychological thriller or any of the other forms that this story usually takes. But practically nothing about Lucy in the Sky works – not the performances, not the characters, not the peculiar choice to have an ever-shifting aspect ratio, and certainly not the story.

Lucy in the Sky does not yet have a release date. 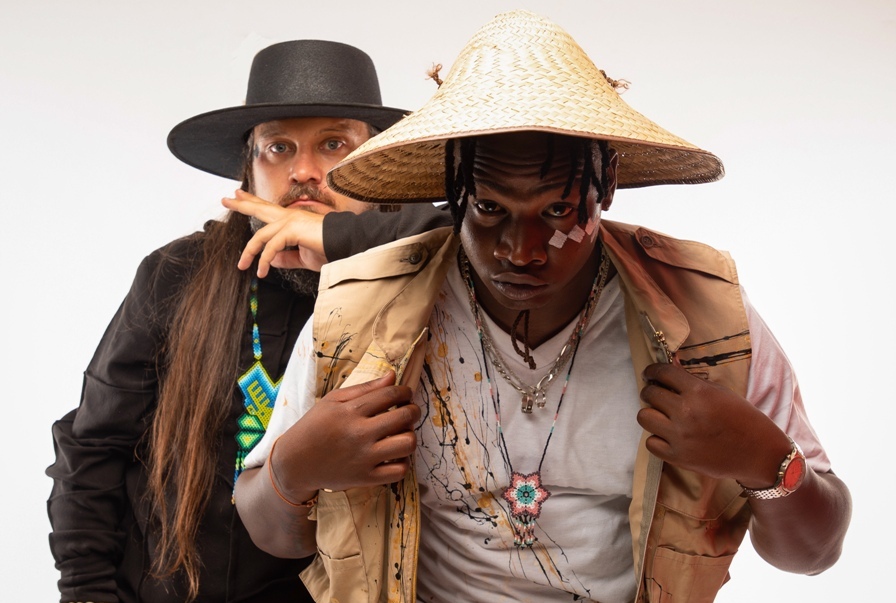 Monk.E collaborated with Ugandan star Zex BilangiLangi on his new record, To Suffer With a Smile On.