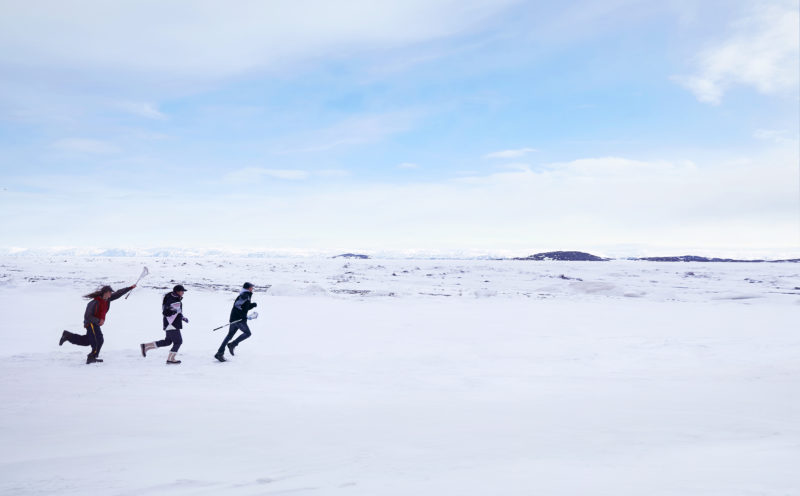 Freshly minted teacher Russ Sheppard (Ben Schnetzer) moves to Kugluktuk, Nunavut, when it seems that opportunities won’t pan out elsewhere. His puppy-dog enthusiasm doesn’t last long in Kugluktuk, which has one of the highest suicide rates in North America. Sheppard thinks he’s going there to shape young minds, but most students (played by a mix of professional and non-professional actors) don’t even both showing up for class when he arrives. In an attempt to bond with the students, Sheppard and a fellow ex-pat (Will Sasso) decide to introduce the students to lacrosse as a motivational tool. Sheppard initially encounters much resistance from the students, who seem to have few reasons and little desire to kowtow to the desires of this outsider. Over time, however, the students start to take an interest in the sport over the teacher, and they begin to make lacrosse a part of their everyday life.

On the surface, The Grizzlies sounds like every idealistic-teacher-in-a-bad-situation underdog story of the last 60 years, but the reality of it is different.

“The Grizzlies, I think, is a bit of a genre picture,” says director Miranda de Pencier. “I really leaned into that. I wasn’t trying to tell a story in an original way — that was never the intention. It was to take a kind of familiar genre approach and use that kind of skeleton to tell a story about something much bigger. There’s several perspectives in the film; I think it starts out being from the southern white perspective and then shifts to the perspective of the Inuit kids. The idea is to kind of flip that genre trope on its head; you think you’re watching a typical white saviour film at the beginning, although clearly he sucks at it. But then the kids take over and they kind of teach him and become the heroes of the film. In a few places of the film, you kind of think that it’s going to go in that linear, predictable way — and we play with it. We kind of surprise the audience by telling them that they thought they were going to see something, but this isn’t it.”

I spoke with de Pencier back at FNC, a few weeks after the film’s premiere at TIFF. (Since then, de Pencier won the Directors Guild of Canada award for best direction for the film.) Though the film was well-received upon its premiere, it was hard not to imagine that there would be some amount of discussion — or even blowback — surrounding the fact that de Pencier and the film’s writers (Moira Walley-Beckett of Breaking Bad and Anne With an E fame and Graham Yost of Justified fame) were all white and pointedly not from Nunavut. (Two of the film’s producers, Alethea Arnaquq-Baril and Stacey Aglok Macdonald, are First Nations and from Nunavut. Aglok Macdonald is, in fact, from Kugluktuk and attended the same high school depicted in the film!) 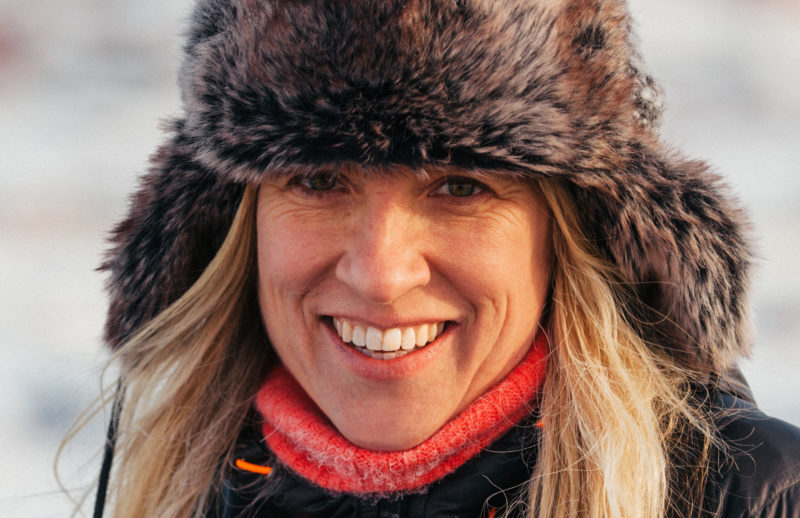 “To be honest, I’m not expecting blowback,” says de Pencier. “I mean, if there is, there is, but this movie was made with tremendous collaboration and a lot of respect. When I got involved, which was 10 years ago now, nobody was talking about the ideas of cultural appropriation or the importance of perspective in storytelling. To be honest, I don’t know if I would make this film now, based on everything that I’ve learned and because I think it’s vitally important that Indigenous filmmakers have a platform and an opportunity to tell their stories. I feel really strongly about that, and I feel really strongly about having many diverse voices to have a say and have perspective. There’s been too many white dudes telling all the stories, and I think we have to open up the platform — it’s also way more interesting! (laughs) It’s really fucking boring if there’s only one perspective telling all the stories of the world. How much more wonderful and fascinating — and how much more can we learn from each other — if we have different voices telling stories?”

“I knew nothing about the Arctic when I first started working on this film,” she continues. “I felt connected to it at first because sports had really helped me get through difficult times as a youth, and I think a number of young people use sports that way. Obviously, the trauma that existed in Kugluktuk at the time was extreme and the community those kids built and that sport and that team — I found that really moving. So I went up to the Arctic for the first time thinking, ‘Hey, this is just an inspirational story that I connected to on an emotional level’ and when I got there, this place was totally different from what I knew. I knew nothing about this culture. I wasn’t seeing it as an Indigenous film, even though it had Indigenous themes in it. I knew if I wanted it to be authentic and true, I needed help. I needed partners who knew what I didn’t.”

The production process was a long and in-depth one, with de Pencier spending nearly a decade travelling between Toronto and Nunavut to shape the film. That began with de Pencier, Aglok Macdonald and Arnaquq-Baril working on a short film together.

“We did workshops with kids,” she says. “Almost every crew member on the short had never been on a film set before. We had a primarily Inuit local crew, and almost all of that crew wound up working on The Grizzlies. We spent nine years building a community up there, and a lot of the people that we used in our original workshops have gone on to make their own films. I didn’t realize that it would become way more than just a movie when I was making it. One of the biggest screenings we were most nervous about was when the movie was finished and we knew we would launch it at TIFF, we went to Kugluktuk to show the movie to all of the original Grizzlies. I’ve never shaken more in my life. Stacy was the same because these were her peers. It was the toughest audience we were ever going to face.

“In the end, they loved the film and thought it honored and respected the spirit of the Grizzlies and what they built. We have a lot of shame attached to abuse and the effects of trauma and alcoholism in the south because it comes with judgment, but in the north there’s tremendous compassion for those effects of trauma, because those young people forgive their parents and understand where it comes from. They understand it’s because of residential schools and because of colonialism. That was a huge part of that learning curve and understanding their desire to tell stories truthfully, and I think that they appreciated that we showed all sides of life up there. There’s everything — like anywhere! There’s humour and there’s pain.”  ■

The Grizzlies opens in theatres on Friday, May 3. Watch the trailer here: