This year, one side-effect of the Cannes Film Festival’s attempt at gender parity is high visibility for Quebec artists.

The festival “balanced” the opening film in competition — The Dead Don’t Die, by renowned director Jim Jarmusch — with the opener in Un Certain Regard section, La femme de mon frère by first-time director Monia Chokri. Chokri, a Montrealer, appeared in several films by Xavier Dolan, whose Matthias and Maxime premieres in Cannes competition in a few days. La femme de mon frère opened to good reviews (more on this after the Cult MTL interview with Chokri and actress Anne-Élisabeth Bossé tomorrow) while Dolan gave a jam-packed master class on the second day of the festival together with Werner Herzog and Julianne Moore. Herzog and Dolan bonded over never having gone to film school — both started their directing careers in their teens. 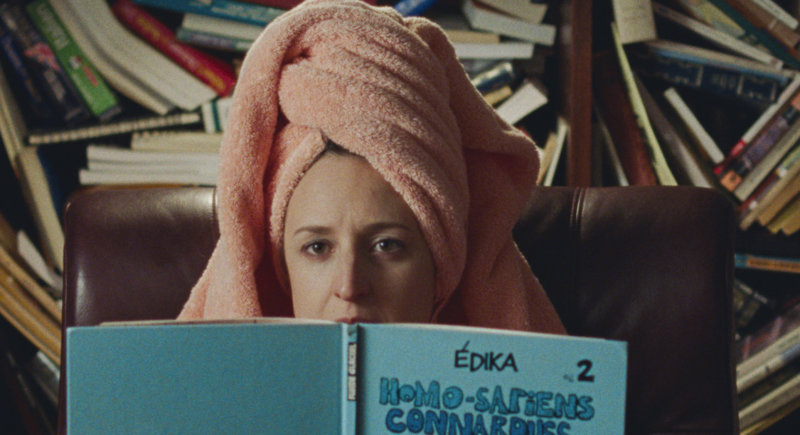 The two opening films also reflect the differences in their respective programs: the more mainstream competition line-up and the younger, more diverse and adventurous Un Certain Regard. In the zombie comedy The Dead Don’t Die, references to classics of the genre abound, beginning with George Romero’s 1968 Night of the Living Dead. Romero inspired not only veteran Jarmusch but also millennial Selena Gomez, who co-produced the film and appears as the “sexy girl” character, one of a trio of unsuspecting hipsters driving into Centerville, a sleepy middle-American town soon to be overrun by the undead. 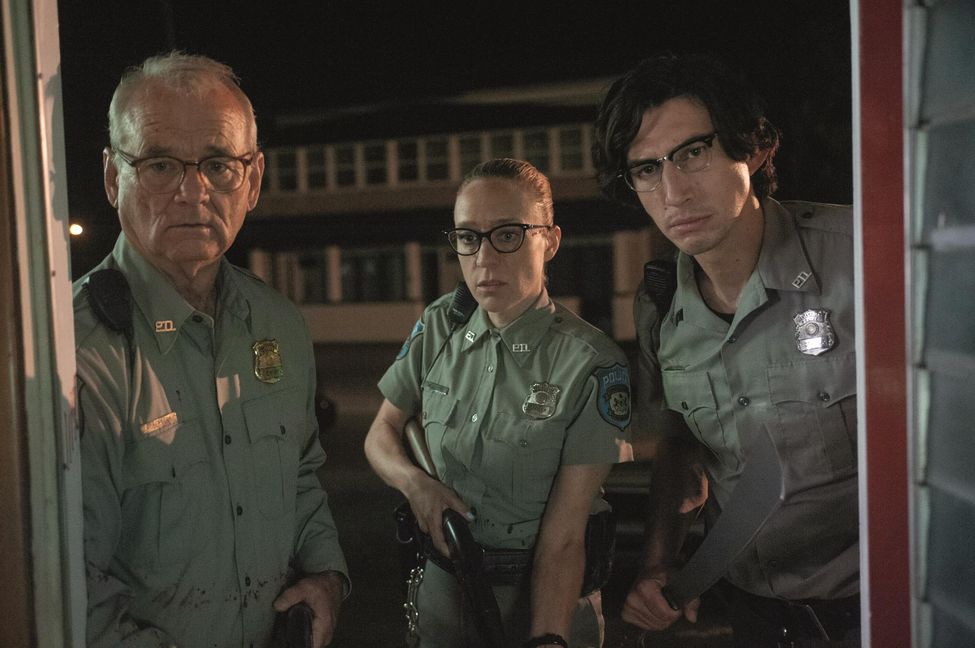 The townies are easy pickings, including the police chief Cliff (Bill Murray) and his deputies Ronnie (Adam Driver) and Mindy (Chloë Sevigny), who behave like zombified automatons before zombies even appear. The undead unleash mayhem, confronted only by a katana-wielding funeral director (Tilda Swinton), a recent immigrant from Scotland — or possibly farther away. They eat human guts; she elegantly lops off their heads. Foul-mouthed Hermit Bob (Tom Waits) provides running commentary from the nearby woods. Look out, also, for puns accompanying the appearances of RZA of Wu-Tang Clan and Rosie Perez, as well as for Iggy Pop being himself in a zombie costume. No doubt the crew had a lot of fun on the set.

Deadpan and self-referential, The Dead Don’t Die has none of the flair of the director’s vampire saga Only Lovers Left Alive (2013). Muted, effects-free, mostly night-time visuals reflect the B-movie origins of the genre, while drone music by Jarmusch’s band SQÜRL compounds the one-note effect, and even mayhem lacks colour as beheaded zombies spout ash instead of blood. To be sure, Jarmusch targets contemporary social ills, including climate change denial and consumerism. The zombies wake up because of the shift in Earth’s axis, caused by polar fracking. They gravitate towards the vices they had in their previous lives, craving coffee, candy or Xanax. In one hilarious scene, the undead wave around their smartphones screeching “wi-fi, wi-fi!” But social metaphors and campy jokes may not be enough to carry the story for those less enamored with the genre. The Dead Don’t Die is excellent if you are a zombie fan, but if you were not, not. 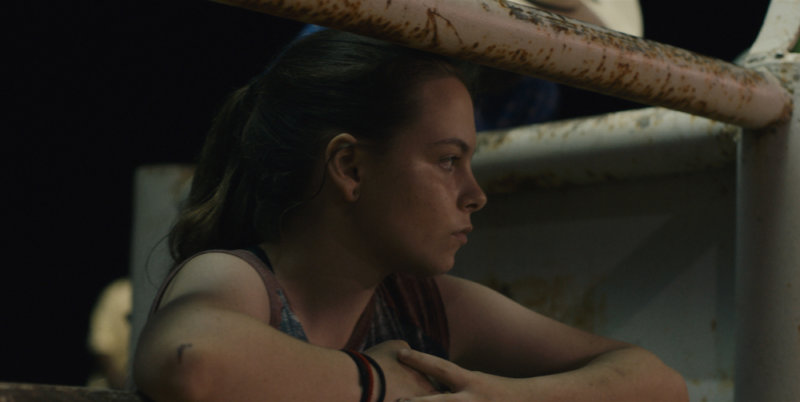 In stark contrast, another early festival screening was Bull, a drama by American first-time feature director Annie Silverstein, shown as part of Un Certain Regard. White 14-year-old girl Kris (Amber Havard) lives on the outskirts of Houston, Texas with her grandmother (Keeli Wheeler) and little sister (Keira Bennett). With her mother in jail and friends selling oxy, her baseline for honest living is pretty low, until she has to work for a black neighbour Abe (Rob Morgan of Mudbound) to make up for vandalizing his house with her boozing friends. Abe was once a famous bull rider, which impresses Kris, but has now been reduced to wrangling bulls at rodeos. She follows him around to large and small shows — Abe calls her Flea for being stubborn — until he gives her a chance to ride.

This not being a Hollywood movie, bull-riding does not offer Kris a way out of poverty. No role model, Abe self-medicates his riding injuries with pills and alcohol as he slides further into obscurity on the rodeo scene. The camera keeps a close-up view of Kris as she visits mom in prison and gives grandma insulin shots. As Kris and Abe’s bond grows, Havard and Morgan both deliver excellent understated performances. Some scenes seem almost ethnographic in their detail, depicting, for example, the small-time black rodeo circle, where families attend and a public prayer precedes every show. In other scenes, reality seems fungible, reminiscent of poetic elements in Andrea Arnold’s American Honey (2016). A white bull kneels before Abe in a dream, or Kris gets out of a debt by laying her hand on a drug dealer’s forehead, using a trick for pacifying a raging bull. In such moments, social and magic realism achieve a perfect balance. ■