“We need to take the power back by building our own businesses, essentially,” says Jenn Harper, founder of Cheekbone Beauty, a First Nations make-up company that donates 10 per cent of profits towards the education of Indigenous children in Canada.

Featuring a line of lip glosses, liquid lipsticks, a contouring set, highlighters, brow products and three brand new “Warrior Women lipsticks,” among other cosmetics, Cheekbone is all about selling highly pigmented, high quality products that are perfect on darker as well as lighter skin tones. The big difference with these products however is that they are an education in themselves, as each lipstick is named for a different Indigenous woman who has made an impact on the world. So, in selecting a product, the consumer also gets to learn stories of heroism, leadership, courage and strength. Harper and her team didn’t necessarily go out and name every lip product after a celebrity; these products tell the tales of some of Canada’s lesser known heroines whose deeds deserve attention.

One of her most popular liquid lipsticks is named Shannen for Shannen Koostachin, the teenager who fought the federal government so that her community of Attawapiskat, on the Ontario side of the James Bay coast, could have what she described as a “safe and comfy school,” as the community’s school had been shut down due to contamination. While Koostachin tragically passed away at the age of 15 in 2015, she spurred a cross-Canada movement for First Nations education, and a charity was founded in her name: Shannen’s Dream.

Ten per cent of all of the proceeds of Cheekbone’s profits go directly to the Shannen’s Dream Foundation, a charity that was created by Cindy Blackstock at the First Nations Child and Family Caring Society to help bridge the gap between schools on reserve that are funded at 22 per cent less than any other schools across Canada. 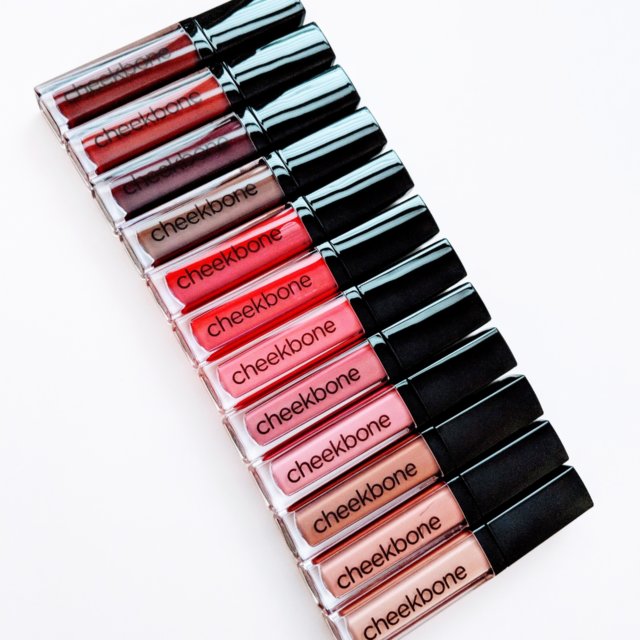 An Ojibwa originally from the Niagara Falls region, Harper said that she was raised by her white mother and didn’t know much about her Indigenous background except what she had seen of her father’s family, where there was a lot of struggle and substance abuse. While pursuing her education in Toronto, she didn’t understand when people made derogatory comments towards her.

“I worked as a server at a business here (in Toronto) and there was a lot of ‘you don’t speak how you look,’ and then I started to get it and was like, ‘Oh my goodness! That is what they mean?’” Harper recalls. “The owner of the restaurant that I worked for pointed to the drunk man outside of the restaurant and said ‘Jenn, can you go tell your dad to leave.’”

Harper later returned to Niagara Falls, got married, had a family, had a career in marketing in the food industry but all the while was secretly battling a losing game with alcoholism. She said that ending that battle was particularly difficult because she didn’t want to give in to the stereotype of the “drunk Indian.”

Having had her last drink in late 2014, Harper’s exploration of her own culture was a big part of her recovery. She says that she needed to understand the intergenerational trauma of the residential school system and the impacts of colonialism to understand a lot more about herself.

“In January of 2015, I literally had this vivid dream of native little girls that were just covered in lip gloss and I literally just said to my husband, who was half asleep, ‘I have got the most brilliant idea ever!’ I am going to make lip gloss in my grandmother’s name — she was a residential school survivor,” says Harper.

And, that was it. She read about 100 books — literally, she says — on how to create a business and then carry out the market research, a process she describes as both exhausting but empowering at the same time.

Since launching the line in 2016, Harper has added a number of different products and fleshed out the website so that clients can get a good look at what they’re ordering and find out who each product is named after. Cheekbone Beauty aims high, bestowing honour — more than mere product names — on women like Cindy Blackstock, Ashley Callingbull, Buffy Sainte Marie and Olympic athlete Waneek Horn-Miller to create awareness and break down the walls between Indigenous communities and the rest of the world.

Harper says that one of the greatest successes that has come from the creation of this company is that she now gets to speak at a lot of entrepreneurial business events, allowing her to reach out to the public — to people of all races and cultures — to share her story and make her own personal movement for change. ■