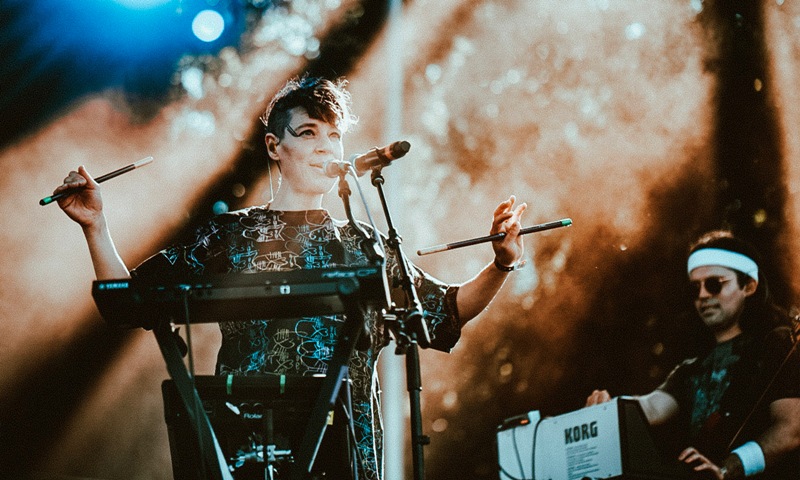 Our jolly Green Mountain friends to the South are back at it again.

Scenic Winooski, Vermont – an exit before Burlington – has been the site of the steadily growing Waking Windows music fest these past nine years, with the latest set to go down the weekend of May 3-4-5. It’s less than two hours away by car, so if you’ve got festival fever and can’t wait for Montreal’s busy summer slate, hitch a ride across the border to the lush land where craft beer is king. It’s a smalltown shindig with some big indie acts.

Tune-Yards and Twin Peaks are headlining, and there’s always a heavy Montreal contingent, which this year includes erstwhile Montrealer Cadence Weapon, Land of Talk and Munya. Freaky psych fans ought to come early Friday for Mattson 2, stick around Saturday for Antibalas offshoot Here Lies Man and cap the weekend with Wilco/Cibo Matto side project Cup. Or just wander the grounds: it’s a small town and you can’t walk two feet without catching a band, some grub or a tasty brew.

“The city has been really cool and supportive,” says Paddy Reagan, one of the organizers. “Even the music community here has been really cool. Around half of the bands that perform are local, and I think they’re excited to play a festival. It’s a good feeling to have so much community support.”

And as Waking Windows has grown, so too has the Vermont music scene.

“I’ve been booking shows here for around 13 years,” says Reagan. “When I moved to Vermont, there was the shadow of Phish that loomed so large. There were so many jam bands, and so many people I knew were in funky jam bands or psychedelic jam bands. Everything lived in this silo where jam was involved. But around 10 years a few third party promoters came about and they started bringing more rock bands, more noise bands, more freak folk, and other cool stuff. Maybe it’s in conjunction with the internet and music being more accessible, but we started seeing more people come out to shows for music that normally didn’t fly in Vermont.

“The culture in Burlington now is there’s a big enough audience that will take a chance on a show even if they don’t know what it is, and it’s made for a healthier scene. It’s why Waking Windows has survived, because people don’t really know the names in the line-up, but they’re willing to check them out.”

So it’s not all one style of band in Vermont anymore. There’s plenty of punk, rock and a bit of noise too. One act in particular that’s become a mainstay at Waking Windows, and they make the odd visit to Montreal too, is punk-rock outfit Rough Francis. Check them out if you haven’t, and then you’ll really feel like a Vermonter in the know.

Another sign the state’s scene is brighter than ever? Tune-Yards’ Merrill Garbus got her start in Vermont as part of the cool Brattleboro music scene, and now she’s returning to close out Saturday.

“It’s so exciting to be able to have a Vermonter headline the festival. It’s really cool,” says Reagan.

Try to think about Waking Windows as a more compact POP Montreal. There’s an emphasis on discovery and community, with dozens of shows going on all over Winooski’s small, rotary downtown. Organizers are creative with space, transforming closed storefronts and gutted banks into temporary venues. Regan’s advice? Don’t plan ahead too much, because you might hear about something through word of mouth that’s too intriguing to pass up.

“The best way to experience Waking Windows is to pick a starting point, like the Page Burner reading series, and go from there,” says Reagan. “But if you don’t know any bands, let the festival guide you. Follow the tide.” ■