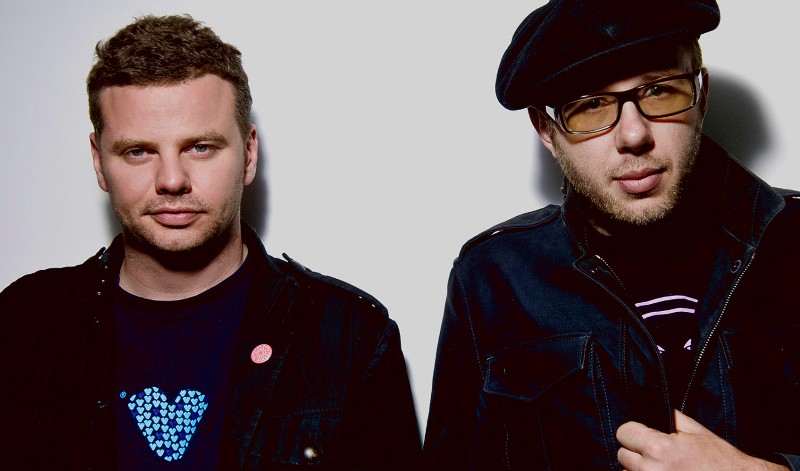 I despise punishment. It never works. It never worked for me. I believe in rewards. Especially when it comes to music, we really ought to reward ourselves more often.

Jerico, “Run That,” Run That (Moonshine)

In 2012, I coined a new musical genre (so what? back then, everyone was doing it!) called “GIFwave:” what I at the time called “interesting and important artworks that, in one way or another, set out to recognize, repeat and rewrite time.”

Surprisingly to no one more than me, the term is evergreen for things like Montreal’s Jerico. The four songs on this punchy EP are something like post-club punk — aggressive, short in duration, and like GIFs, they beg to be played on repeat.

If you’ve not seen this episode — specifically, its first half, which casts Rosie Perez and Guillermo Diaz as Adriana and Arturo — then be forewarned, I am about to spoil it for you.

This particular instalment of what I think is now the best show on TV begins with Adriana searching online for a hyper-realistic silicone infant doll. When the baby figurine arrives by post, we get an eerie glimpse of its uncanny lifelikeness. Adriana immediately relates to the doll as if it were alive, gently cradling and caressing its crown; Arturo remains reticent, always uncomfortably aware of its artificiality.

The couple take the baby doll to a yard sale, where an oblivious woman asks to smell “that newborn smell;” later, in a restaurant, a sympathetic waitress offers them free cannoli on account of their apparent parental stresses. In these situations, Adriana and Arturo are happy to oblige both their own delusions and others’ impressions that the doll is indeed a real child.

Things actually get real, however, when Adriana goes into a hardware store to buy some epoxy to fix a manufacturing flaw on the doll’s arm. She doesn’t know exactly which brand to get, so Arturo follows her into the store, momentarily leaving the doll in its pram on the sidewalk. In that crucial moment, a passer-by — a white woman — notices the unattended stroller and, assuming that there is a real baby inside, calls the police. An officer arrives, a melee ensues, and Arturo ultimately seizes the doll from the pram, shaking it before the assembled crowd to reveal and prove for once and for all that it is not in fact a living thing. The episode ends with a vague intimation that the doll is a therapeutic surrogate; nonetheless, Arturo now takes the doll’s vibrant substantiality seriously, shushing Adriana in defence of the ostensibly sleeping tot.

What we have in this episode, aside from a brief commentary on racial biases in America (an Easter egg for the woke), not to mention award-worthy performances from Perez and Diaz (God, they’re good, and not cast often enough) is a tightly condensed Lacanian psychoanalytic parable, a profound reflection on loss in all its forms. The doll is the definitive fetishistic object, upon which Adriana (wholeheartedly) and Arturo (hesitantly) project their desires. They probably lost a child. With the doll, they can see themselves, and want to be seen again as good, loving parents. Just as we, the audience, know very well, in a Žižekian sense, that Perez and Diaz are actors on television, and that they are doubly playing out a fictional scenario within the diegesis, they too know very well that the doll is not real. But we all obediently take our places in this little play, us as audience, them as performers; we indulge our desires and act as if it is.

The fact that the woman at the yard sale and the waitress in the restaurant believe or at least assume that the doll is a baby further reinforces Adriana and Arturo’s cognitive dissonance, thus perpetuating their own ego ideal. It is only when the big Other appears — the police officer, the unremitting superego — that they must confront, brutally in this instance, the truth that their desires rest upon a fabrication. In order to keep the peace in our house of the collective unconscious — which is more prison-panopticon at this point than hearth and home — we must play along with an ever-increasingly complex charade. What might have once been real — a living baby, i.e. the future — is lost forever. In its place, we are presented with a simulation, an advanced and convincing fetish-object which, in order to function without unbearable trauma, means we must “act as if…”

These New Puritans, “Where the Trees Are on Fire,” Inside the Rose (Infectious Music)

“This is where your dreams come true, your nightmares, too.” I’ve never heard lyrics that better describe the internet. It is, in equal measure, terrifying and beautiful.

The Chemical Brothers, “Free Yourself”, No Geography (Virgin/EMI)

Dance is radical because when we are engaged in it, we are by virtue not engaged in nearly any other activity. It’s like the beauty pageant contestant who says that it’s impossible to make a fist when we’re holding hands. Wiser words were never spoken. When we’re dancing, we’re (generally) not killing one another. In fact, dance might lead to sex, sex might lead to more life — or at least an orgiastic release of pent up energy and Holy Communion with one or more willing participants — and that’s the point of the great experiment on this spinning rock upon which we are all merely passengers. So where and when appropriate, dance off with your pants off. ■