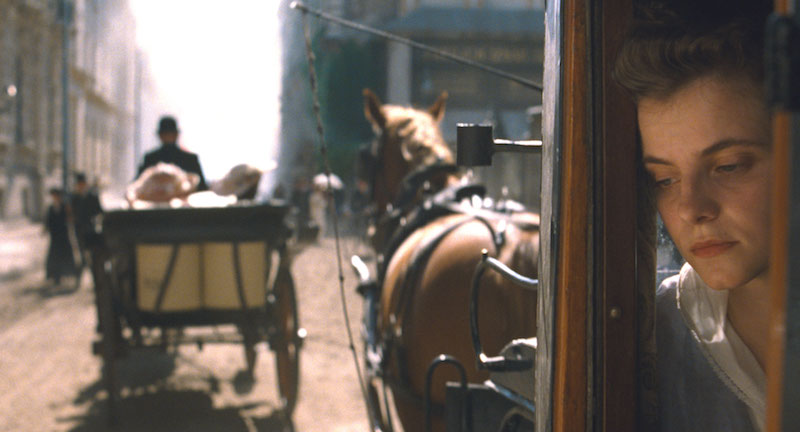 Laszlo Nemes’s Sunset is as immersive a film experience as I’ve ever had, and it has absolutely nothing to do with 3D or virtual reality.

Írisz Leiter (Juli Jakab) returns to the hometown she left as a child looking for work as a milliner, shortly before WWI. Irisz’s homecoming sends Budapest society into a tizzy as her past comes into focus: her parents, it seems, once owned the hat shop where she is now applying, and the fact that they don’t anymore hides some dark secrets. Sunset is immersive because it offers no easy answers; we know what Írisz knows, and Nemes’s camera remains trained on her at all times. It can be a disorienting experience, especially for those expecting the historical context of a pre-WWI period piece. Sunset is a film about Hungarian history, but it’s not a historical film.

“We tend to look at history as if it was a book full of images, a static thing,” says Nemes. “There are trends in human civilization that push us in certain directions rather than others. I really think that history is not something out there, it’s the here and now but in a more subdued manner, as opposed to what filmmakers often make of history. It’s really not topical, their approach to history, with visible forces all the time. I think it’s more diffused. I’m interested in these more diffuse forces and how they affect us. I wanted to explore how, going back 100 years or so, at the birth of the 20th century, we evolved from an optimistic and sophisticated civilization into self-destruction. I was interested in how the forces that were lifting us up were already mixing with something more ominous that led to our downfall. 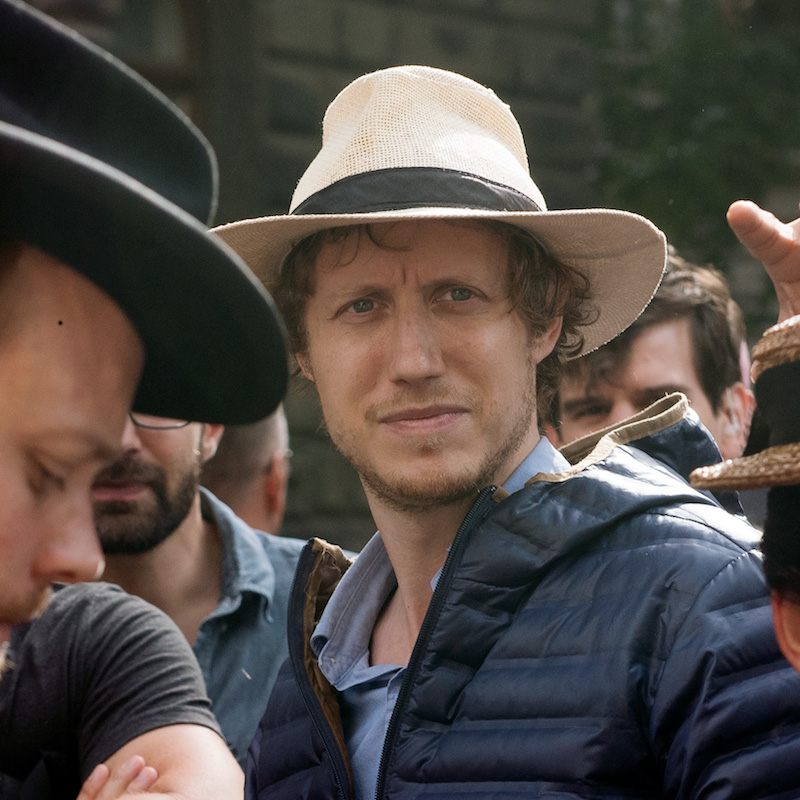 “I don’t think the historical pieces should always approach facts,” he continues. “It has to be less academic. So that’s why I’m really interested in the experience of the character in the midst of a situation. In this case, it’s the chaos, the turmoil of a civilization that doesn’t know where it’s headed. You have to put the pieces together yourself, in a way that makes sense to you as a viewer. It’s also about accepting your frustrations, as the main character copes with the frustrations that she faces. It’s a process, and I think today’s cinema is more about giving you an entire experience from Alpha to Omega in a flat way. I’m really interested in the fragmented reality that a human being has to face in their lives.”

Sunset is a period piece with all that entails: elaborate sets and costumes, period-accurate production design and all the elements of a sweeping historical epic — but none of the epic sweep. Major events that would be a centrepiece in a traditional historical epic happen in the background in Sunset; it might happen in passing or off-screen entirely.

“There’s a time and a place for everything,” says Nemes. “I just feel like my personal vision of subjectivity in cinema has to do with how limited we are and how limited the main character is. Actually, as a viewer, you know even less than the main character. That’s very frustrating in an age when you want to know more — we have this god-like attitude when we watch something. We have so much information and perspective and we’re being told that we understand all the events. I think it’s muddy. It’s messy. The human experience is not that clear-cut. The fact that we rely on the imagination of the viewer and on their personal experience is the risk and promise of the cinema.”

The approach that Nemes describes is certainly difficult to imagine in terms of some of the traditional ideas of filmmaking. I wonder, for example, what writing a film like Sunset looks like. Does the screenplay contain elements and ideas that are included for the sole purpose of being ignored?

“Sometimes, in this kind of filmmaking, you put in place scenes and you add what I call scaffolding,” he explains. “You build a building and you use the scaffolding, which comes across here as repetitive information. We knew that we wanted to convey something about the limitations, the entire scope and the access to this scope. We had to take away the scaffolding — parts of scenes where things were spelled out that could have damaged the texture of the film. We have to accept the fact that it is a journey and a labyrinth. When we were writing, there was more scaffolding!”

It wouldn’t need that much scaffolding — all Sunset would need to send this careful house of cards crumbling down would be one scene of two old guys that aren’t Írisz telling each other stuff that they would otherwise know. There are no scenes without Írisz in them in Sunset, nothing even approaching the attempts at objectivity of most traditional filmmaking. If Írisz is not there to witness it, it isn’t in the movie.

“I’m not saying this about everybody, but the trend in the way information is delivered in movies is that you have obligatory exposition of some pieces of information with immediate access to this information,” says Nemes. “What I’m saying is that this is very constructed. This is more because of the last 30 years in television, there is not only a need but a push to have a sort of 100 per cent satisfactory experience — to grasp everything. But I think frustration is necessary.” ■