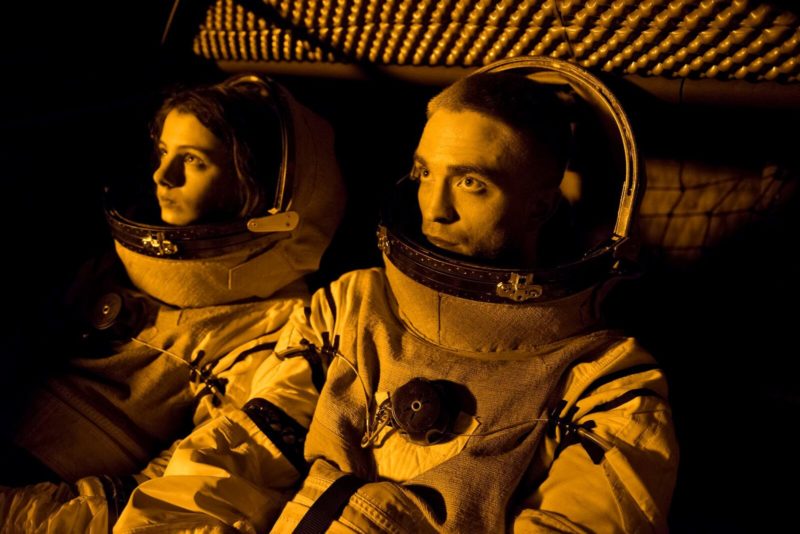 Man made boats: first to find food, then to travel from one island to another and eventually to discover the world. The boats, once meant to free humanity, were soon used to punish man. Boats became the vehicles for war, slavery and conquest. For humanity, innovation swiftly turns from the betterment of man to his punishment. In Claire Denis’s High Life, man makes spaceships: first to explore the universe, then to send convicts into space. Evolution and innovation, once again, gives way to darkness.

High Life is Denis’s first film primarily in English and her first film set in outer space. She works with actor Robert Pattinson of Twilight fame, who has quickly become one of his generation’s most exciting actors, starring in films like Cosmopolis, The Lost City of Z and Good Time. Juliette Binoche, Andre 3000 and Mia Goth co-star. While a departure in many ways for Denis, it’s connected to her other films through common themes: eroticism, violence and sensuality.

High Life is not quite science fiction, nor is it a traditional prison film. It’s unclear whether it takes place over a few decades or centuries. We watch lifetimes unfold; generations die and are born again. In the landscape of social media, the film has already become something of a meme because it features a “fuck box,” a grey masturbatory chamber where prisoners unleash pent up tension. Sex between inmates is forbidden, but Dr. Dibs (Juliette Binoche) performs fertility experiments in the hopes of creating a child. Monte (Pattinson) abstains from all forms of sexual release, choosing chastity instead.

The space ship features a kind of Garden of Eden, and in the film’s latter half, the movie transforms into a retelling of Adam and Eve. Early in the film, Monte explains to his baby the meaning of the word “taboo.” Soon, we understand that Monte and his daughter Willow will be the only survivors of this ship and possibly the human species.

Speaking with Claire Denis, we discussed chastity and the power of primal myths. “I’m not sure if Monte is afraid of sex, but he does believe that remaining chaste will protect him,” she says. Chastity and the “protection of precious bodily fluids,” becomes a form of power and control in the prison environment. In a way, it mirrors how many of us maintain control over our own lives if we choose to abstain from sex. “There is this completely strange idea that — and I think that it goes back to the beginning of society itself — that if we can purify the body through abstinence, we become closer to God,” she explains. “It’s probably just an illusion.”

As the prison environment similarly amplifies the sexual need, Denis likens Monte to a monk. There is a dichotomy in this chastity that also exaggerates an overwhelming sense of love or adoration. She mentions St. Therese d’Avila, a Carmelite nun who lived in the 15th century who was famous for her sensual devotional poetry. Denis describes her poems as “some of the greatest love poems of all.” She adds, in reference to the life of nuns and monks who adore God, “morally, it was as if love made sexuality possible.” 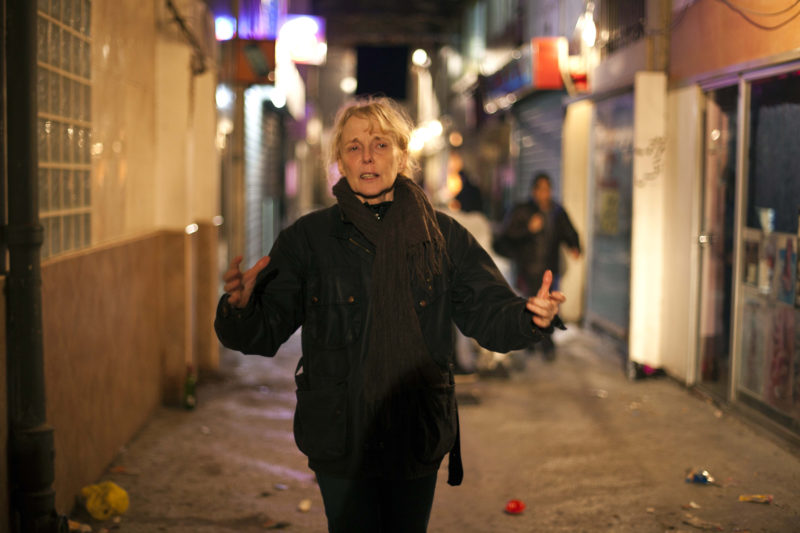 Denis mentions Georges Bataille, the French philosopher who wrote extensively on eroticism, as an influence. Transgression, as it connects to sex and religion, face off against a variety of taboos within High Life, challenging the status quo. Central to this transgressive desire is Monte’s daughter, who, shortly after having her first period, confesses an innocent desire for him. “You’re all I’ll ever need,” she tells him. Since childhood, Denis was intrigued by the idea of Adam and Eve and its transgressive implications. “Since Eve was made from Adam’s body, I thought even then, there was already something incestuous in that relationship.” Adam is both father and lover to Eve.

For Georges Bataille, who saw eroticism as a way to negate the solitary human existence and to come closer to God’s love, poetry served a similar purpose in our lives. Poetry blends and fuses separate objects. “It leads us to eternity, it leads us to death and through death to continuity. Poetry is eternity; the sun matched with the sea.” In the face of oblivion, poetry ties together different ideas and feelings as a way to overcome death.

The tragedy of Medea, imagined by the ancient Roman playwrights Euripides and Seneca, was central to the development of Juliette Binoche’s character who is called the “Shaman of Semen.” “As a child, I was obsessed with Medea, and the giant from Goya who ate people,” Denis explains. “I had this feeling that we have this grain of brutality and savagery within all of us. Something we call evil, but we’re not quite sure what it is.” Dr. Dibs embodies the witchcraft and also the yearning of Medea, a strong and powerful woman with a vengeful spirit who transgresses the ultimate taboo by killing her children.

Then, perhaps invoking the idea that High Life is as much about exploration as it’s about prison life, she mentions a poem by Fernando Pessoa, the heteronymous Portuguese poet, called “Ode Maritima.” There’s a moment when the boat comes to port in Lisbon, and all the savagery of exploration come to light — piracy, rape and brutality. “In the poem, there is this absolute pleasure in becoming wild again.” The poem, which adopts the point of view of both victim and aggressor, takes equal pleasure in plundering as it does in being plundered. Pessoa describes “the rattling spasms of orgies” and “seeing dreams only with skin and veins” as he describes the sensations and intensity of this life with an almost religious ecstasy.

In High Life, as with most of Denis’s films, there is a constant tension between the beauty and brutality of life. Denis has spoken about the film as being inspired by reading about men on death throw and the cruelty of the death penalty. The ship, that was once a prison, becomes a tool for exploration once again in the film’s final act. This film posits, above all else, that man is capable of change and worthy of redemption. ■