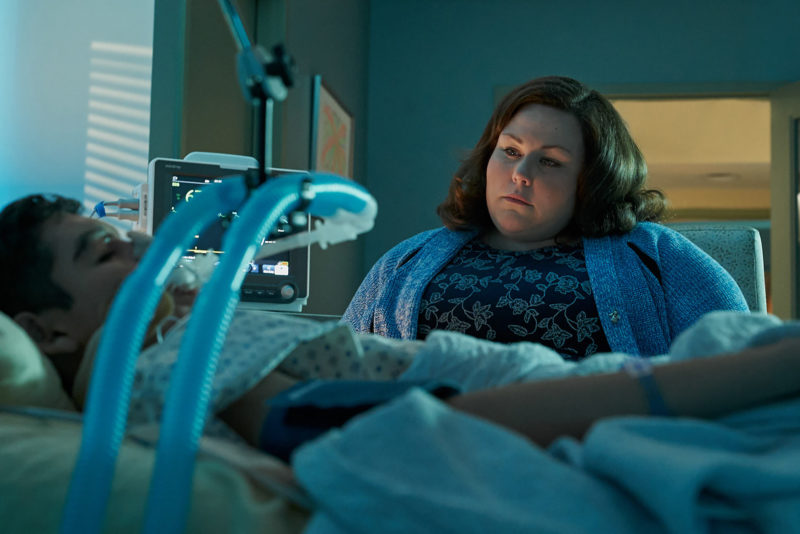 No genre is as much of a low-effort home run as the faith-based drama. Even superhero movies aren’t guaranteed to reach their audiences, and they can cost 10 to 15 times as much as a movie like Breakthrough. The second you bring in enough church-y, spiritually Christian elements to qualify as faith-based, you guarantee that church groups across North America will buy batches of tickets for their congregation. That has made the vast majority of faith-based films extremely low-effort productions, since they don’t require stars or massive budgets or really anything besides the lingering presence of old J. Christ to guarantee a return on investment. Truthfully, I don’t really bother with checking out faith-based films in general; as someone who has spent my entire life in a field of apathy somewhere south of atheism, they are resolutely Not My Thing.

The relatively high profile of Breakthrough, however, intrigued me. Pretty well-known and well-respected actors without much of a faith-based history (as opposed to, say, Greg Kinnear, who seems to be in these things a lot), a seasoned television director and a fairly robust marketing campaign are all things that these films do not generally sport. Unfortunately, they’re mostly smokescreens for what essentially boils down to a glorified Very Special Episode of 7th Heaven.

Joyce Smith (Chrissy Metz) feels that she’s losing touch with her 14-year-old son John (Miguel Ruiz). Adopted by Joyce and her husband Brian (Josh Lucas) from Guatemala when he was nine months old, John has grown distant, refusing to call his parents by anything but their first names and becoming singularly obsessed with basketball. Joyce can find little solace at church, as she constantly butts heads with Jason (Topher Grace), the hip new pastor who wears floral shirts, brings a rapper in to do the hymns and has what Joyce deems to be a terrible haircut. All this changes when John falls through the ice when horsing around with his friends — the friends are quickly rescued, but John spends a lot of time underwater until he’s pulled out by a firefighter (Mike Colter) who heard a divine voice encouraging him to keep trying. John is in extremely rough shape when he comes out; doctors have little hope of bringing him back, but what do doctors know? (Enough, usually.) Joyce has faith and the power of positive thinking.

Breakthrough is one of those true-life miracle stories that’s both unique and incredibly familiar: a medical situation truly impossible in its specificity and yet exactly the same as every medical emergency in a faith-based movie. The larger you scale such a tragedy, the more anonymous it becomes. While it’s obvious that it was a life-changing event for John’s family and a touching event for everyone in his congregation, the treatment is so generic here that it barely feels like it warrants an entire movie. The overwhelming majority of Breakthrough’s two-hour running time is just Metz and Charles in the hospital, berating people over the power of prayer and positive thinking while cartoonishly drawn doctors tut-tut them with scientific facts. (That doesn’t extend to the entire team of first responders who save John; they spend the entire movie writhing around in agony as if their jobs never ever involve someone being in a coma, never mind straight up dying in their care.)

Director Roxann Dawson’s economical, television-bred style does the film no favours. Montages wrapped in Contemporary Christian music abound, as do shallow-focus scenes of characters talking to each other in positions that no one would ever have a conversation in. (Colter in particular — almost all of his scenes involve him alone in the shot, either talking to someone off-screen or pondering his faith, as if he were added in later through Corman-esque economic wizardry.) It’s undoubtedly efficient, but extremely cold and impersonal, as if we’re being dropped in season six of a show we’ve never watched before. In an age where a film like Roma is relegated to streaming, there’s absolutely no reason why a glorified episode of This Is Us should be on cinema screens rather than dumped on Netflix — except for the flocks of the faithful who are going to plop down $16 to be preached to.

That having been said, the preaching in Breakthrough is relatively low-key. Faith-based films are notorious for taking truly preposterous leaps in narrative; it’s not rare for these films to move into some truly insane religious territory to justify the things it contains but cannot explain. Although a cool-dude pastor in skinny jeans is the third lead of Breakthrough, it contains precious little sermonizing – or perhaps just enough generic sermonizing for it to gently lull us to boredom.

Over Breakthrough’s end credits, we see pictures of the real-life protagonists next to their on-screen counterparts. It’s revealed that the real-life Joyce and Brian Smith are actually 25 to 30 years older than Chrissy Metz and Josh Lucas, which casts an entirely different light on the film. A film about people in their 60s worrying about their only child has a poignancy that Breakthrough does not have; the idea that they adopted him late in life never comes up in the film, because Metz and Lucas haven’t even made it that far. I’m not saying that casting the film with more age-appropriate actors would make it any less of a cheesy, repetitive movie, but it would probably lend Breakthrough some depth that it sorely lacks.

The casting also makes it clear that the film does little to adapt to its own changes. Throughout the film, Joyce is constantly critical of Pastor Jason’s haircut — strange, considering Jason sports pretty regular hair that is almost identical to John’s hair. It only makes sense when you see the picture of the real Pastor Jason, who has insane youth-pastor-cool-dude Skrillex hair in real life. It’s a small, ultimately pointless detail, but it goes a long way towards justifying exactly how motivated Breakthrough is: not very. ■