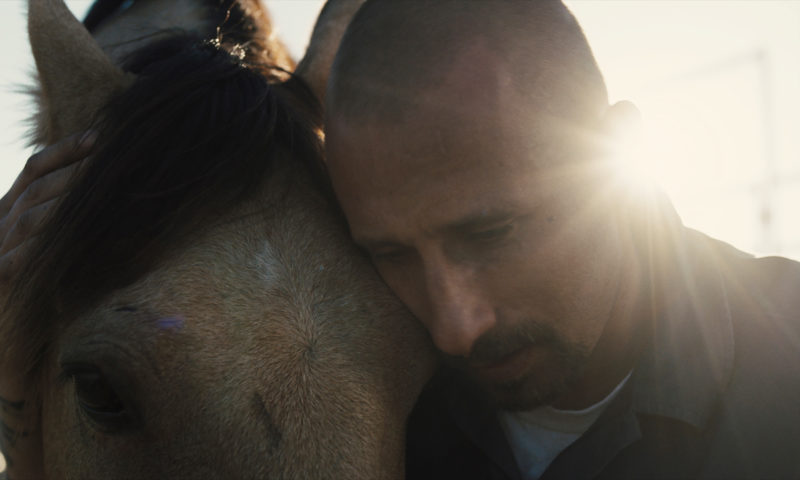 Matthias Schoenaerts in The Mustang

On paper, Laure de Clermont-Tonnerre’s The Mustang could go either way. The story of a brooding, violent inmate named Roman (Matthias Schoenaerts) in a Nevada prison who joins an in-prison program to rehabilitate the wild mustang horses that roam the desert surrounding the prison, The Mustang makes its metaphor abundantly clear from the get-go. Both the man and the horse are wild; both are in situations where an outside force tries to tame and break them. They forge a connection that’s based on the fact that they have more commonalities than differences — the way the film treats that connection is really what sets The Mustang apart from much of its ilk.

“There’s a Disney version of the film!” says de Clermont-Tonnerre. “Obviously the trap of the story is that it could get too sentimental or cheesy. What I experienced doing so much research was actually so raw and brutal and violent and rough. This is really what I wanted to portray, and I found that the best way to do that was through silence. The less words you have, the more organic and essential elements you can reach. It was more credible and it led a story that actually keeps the poetry and the viscerality that the movie needed.

“When you’re in a prison, it’s set up as an environment that’s brutal and violent,” she continues. “What I wanted to extract from this environment was this poetic, beautiful connection that’s very pure. Of course, if it had been in a different environment, the balance between being in prison and these wild creatures trying to find respect and trust would have been missing. The contrast was very interesting to me. And the contrast actually allowed me to tell a very simple story and always hold back on the emotion so that you have a portrayal that keeps its purity. I feel that the context helped me to dive into the heart of the film while keeping the surroundings alive and intact.”

De Clermont-Tonnerre first became known as an actress and moved towards directing in 2013. Her second short film, Rabbit, also deals with themes of animal therapy in prison. In a way, The Mustang expands on the themes touched upon in Rabbit, but the move towards horses came from extensive research rather than personal experience.

“I grew up in Paris, so I grew up with dogs,” she says. “I had a dog when I was a kid, and I was riding horses, but not really often. I took lessons and I was riding whenever I could — I always loved horses — but I didn’t grow up in the country, so it wasn’t that accessible. I would ride during holidays or when I would go to the country to see my family once in a while. And my education with horses was really British or European riding. It was nothing like what I’ve learned here in America. Ranching, the connection, wild horses… all that is very typical from here and not so much in Europe. I feel like I really started from scratch, even though I know how to ride — I learned much deeper how to connect with a horse. That’s what I really enjoyed — well, one of the many things that I enjoyed about making this movie!”

It takes most of The Mustang before we find out what landed Roman in jail, but it’s pretty clearly got nothing to do with masterminding a criminal organization or being a con artist. He’s repressed and inward to the point of coming across like an animal himself, practically incapable of communication with his estranged daughter (Gideon Adlon), the hard-assed geezer who runs the mustang training program (Bruce Dern) and even the only guy in the program who actually talks to him (Jason Mitchell). Schoenaerts goes a long way towards edging the film away from the theoretical Disney version that de Clermont-Tonnerre herself sees hiding in there. 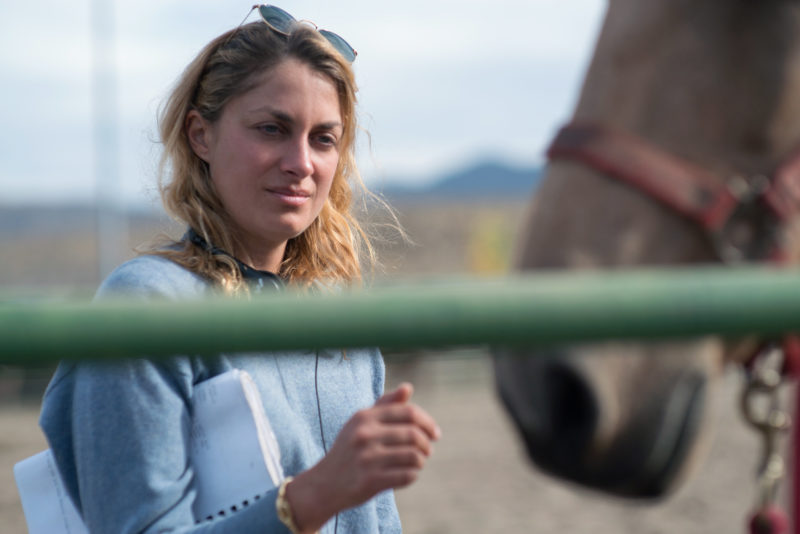 “Matthias is fascinating to watch even when he’s doing nothing,” says de Clermont-Tonnere. “I needed someone who had this mystery and, underneath, these emotions that crack through this opaque facade. That’s a very specific type of person. Matthias has this quality. When we sat down together, he was the perfect character to really build this ark from complete darkness to slowly unfolding, warming up and starting to become the man that he wants to become. I don’t think a lot of actors would have been able to. Matthias is a very specific type of actor, and he’s good with silence, which is not the case with all actors. It’s just a very specific type of nature. (…) He also responded with a very personal need to the character, and for that, I was very grateful. I felt like he had something he needed to say, something from his guts. It was  a gift to get this performance from an actor who not only commits but also really needs to say something about himself. I saw that for him it was also therapeutic. That was wonderful, because I felt that he was overwhelmed and surprised — a moment of total abandonment of the self.”

The Mustang remains a powerfully American movie in its themes, from the brutality of the prison-industrial complex to the contrast between the wild desert of Nevada and the slate-grey pops of “civilization” that dot it. Like many European filmmakers, de Clermont-Tonnerre has chosen to make her American debut an explicitly American film, one that could not happen anywhere else.

“It’s true — it’s iconic imagery, especially for Europeans,” she says. “The Western, the landscape, the colours… but what I was also very much driven by was the authentic program. When I read the article and when I went to Nevada, obviously I knew it was west, but I wasn’t expecting these mountains surrounding this prison or the explosive nature that was sort of ironically teasing the incarcerated men and the animals. It was adding, obviously, elements of the Western and of the West, but the landscape was so beautiful that it was a character by itself. This program, in fact, exists in different prisons. There’s one in Kansas, which is flat and green. I could have done it there. But the one in Nevada was where I did all my research, and the one that was stunning visually, offering all the contrasts that I really needed. I wasn’t anticipating it until I went there, and told myself, ‘This is where I want to shoot!’” ■

The Mustang opens in theatres on Friday, March 29. Watch the trailer here: