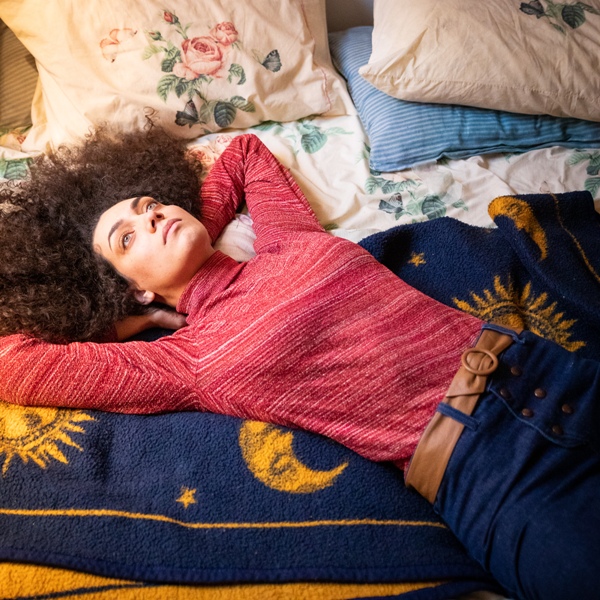 “I just always had the bug, and I assume that everybody else did, too.”

Growing up in a musical family, as Montreal singer-songwriter Hanorah did, doesn’t ensure that a career in music will follow, but the notion that everyone would be a musician if they could has a way of bringing aspirations into focus.

“It’s this idea I had when I was younger,” she says, “that most people were just making a sacrifice and doing other jobs for society to function.”

Making her live debut as Hanorah in late 2015, she initially performed solo, with a more electronic sound out of necessity. Inspired by the likes of Amy Winehouse, Adele, Alabama Shakes and Otis Redding, her songs called for a “rock ’n’ soul” band, so in 2016 she assembled one: guitarist Paul De Rita, bassist Christian Henegan-Comeau, keyboardist Adam Shore and drummer Olivier Cousineau. After playing shows with the band around the city and venturing into Ontario, Hanorah made an appearance on La Voix and soon got signed to Dare to Care Records. Currently on a tour of the ROC (ie. Rest of Canada) opening for Coeur de Pirate, Hanorah is releasing an EP on March 22.

“It happened really quickly,” she says. “Probably faster than I was ready for, but that’s cool.”

Early misgivings about pursuing a career in music included the industry’s treatment of women (young women in particular) and financial stresses, but a personal trauma was the setback that nearly quashed her dream.

“When I was 18 years old I was sexually assaulted by an ex-boyfriend, and in the period that followed that — grappling with depression, anxiety, PTSD, borderline personality symptoms — I was writing a lot of really obscure types of poems. I was too close to the situation to see things clearly.

“As more and more time went on and my mental health wasn’t getting any better, I came to a crossroads: do I want to live the rest of my life really miserable and angry all the time as a result of what happened, or do I want to make a decision now to do everything possible to live a happy, fulfilled life? So I cut out everything that was bad for me, all of my bad habits psychologically, socially, emotionally — my crutches. I decided to make active efforts every single day, in every interaction, to be more self-aware and mindful and correct my thinking that was not serving me. A huge motivating factor was the idea that if I could get well again, I would be strong enough to pursue a career in music.”

Prior to the assault, and now that the incident is no longer at the forefront of her consciousness, as she puts it, Hanorah’s singing, songwriting and performing carries more weight than a mere pastime or job.

“Writing and singing has always been a tool for me to process difficult things, engage with my own experiences and the world around me and understand my emotions,” she explains. “Performing is so cathartic, it’s just pumped full of adrenaline, and you get to meet all kinds of people who go through similar things. It’s a real form of connection that I was lacking before. When you’re in PTSD mode, you’re completely isolated and you think you’re alone, whereas doing music can be the total opposite of that. It forces you to talk to people and find similarities with total strangers and build friendships.”

Combating social anxiety comes with the territory for any performing artist, at least when it comes to stage fright, and taking what she perceived as risks has been a particularly productive strategy for Hanorah.

“I was rewarded every time I pushed against the tendency to flake out on things ’cause I would make new musician friends, record stuff and play gigs,” she says, pointing to her first show as Hanorah at Haitian hip hop/R&B venue Blueprint Lounge.

“I didn’t really fit in 100 per cent, but that doesn’t mean that I haven’t been welcomed with open arms. Part of the whole healing thing is that every time I put myself forward in any way, I seem to be accepted when I expect to be pushed to the side. It’s almost as if every single music opportunity, whether it was a 100 per cent fit or not, was still super validating as an artist.”

The examined life is an overarching theme on Hanorah’s forthcoming EP, For the Good Guys and the Bad Guys, as well as the narratives we build about ourselves, good or bad.

“It’s about asking yourself the question, ‘Where do I fit in on that scale?’ Nobody thinks of themselves as bad, as a monster, but what evidence do you have that you’re good unless you’ve gone in there and dug around and done the work?

“It’s not just the idea of culpability, it’s self-esteem — how did I get any of these ideas in my head in the first place? Was it the bullying I experienced in middle school, internalized misogyny as a child, respectability politics in regards to my ethnicity? So much of that is harmful, but until you challenge it, you don’t necessarily see what is good or bad.” ■