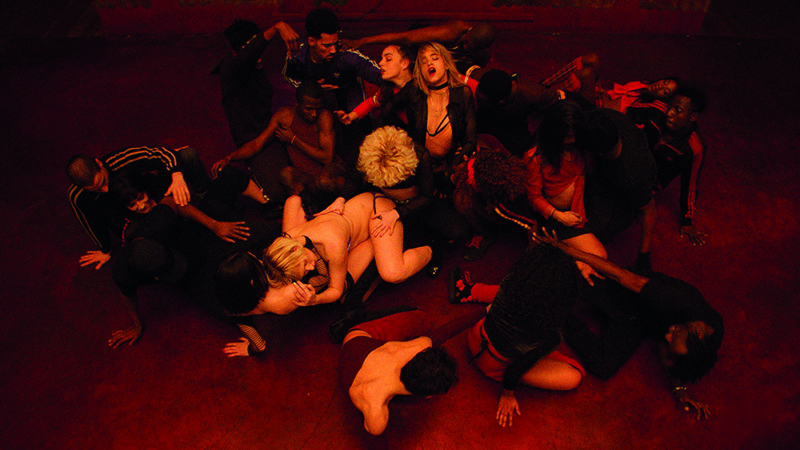 It’s a common mistake that we make as audiences: we assume that the nature of someone’s work directly reflects the way they are in real life. But people who direct gory horror movies are no more psychotic than people who don’t and so on and so forth. It’s become increasingly hard to remove the art from the artist in recent times, regardless of the nature of that work; as the truth comes out about beloved creators, we struggle to reconcile what we see of their work with what we learn about them. I do not know Gaspar Noé, and in fact have no reason to believe that he’s an asshole — but were that to be the case, we certainly couldn’t claim he didn’t warn us.

A punkish provocateur with the subtlety of a sledgehammer, Noé may be the best filmmaker whose films I have never — not once — enjoyed. There’s no question that Noé is a gifted filmmaker and that his aesthetic is unmistakable, but there’s also no question that I see him directing in every frame of his films. For as wild and fucked-up and sensorially overloaded as his films can get, they’re never organic. They’re shiny baubles meant to repulse and entice you in equal measure.

In that sense I’ve always equated Noé with the more extreme and overbearing examples of outlandish experimental rock music — the wriggling, nauseatingly repetitive underground rock of Germany and Japan or even pounding ’80s industrial, undeniably compelling even as they test your patience and the limits of good taste. The difference between a Gaspar Noé movie and one of those records is that the movie is about three times as long, and the experience overstays its welcome before it’s over. Nevertheless, Noé has always struck me as a very musical and rhythm-oriented director for all of his provocation, and his latest film Climax stands as perhaps the purest and most undiluted example of that particular thing. It’s possibly the most fun and least cynical of his films (which still means that characters stab themselves in the face and shit); in fact, it’s unarguably a dance movie, which is certainly a leap from Irréversible.

A dance troupe led by Selva (Sofia Boutella) has spent three grueling days rehearsing in an old school. Of varied social backgrounds and not necessarily all friendly with each other, the dancers finally take a load off when the rehearsal is over. Unfortunately, a snowstorm has left them stranded, so they decide to top off the dancing with… more dancing. Little do they know that someone has spiked the punch with LSD, which leads everyone to have a very, very bad and unexpected trip. Accusations pile up as the dancers try to find out who dosed them without their knowledge — a race against the peak of the trip that they’re bound to lose.

The first section of Climax is actually just a straight-up dance sequence, and it really did make me wonder what a Gaspar Noé movie that isn’t so enamored of its own provocation would look like. It’s furiously choreographed, yet Noé’s camera stays relatively still. For about 20 minutes, we witness what the normie version of Noé might look like — but it doesn’t last. Soon, his camera is forever snaking around the protagonists, tilting and bending every which way. Noé never saw a crane he didn’t want to push to its physical limits, and the film becomes a sensory nightmare for the viewer as the psychedelic spiral furthers for the protagonists. Shit, piss, murder, fucking, mental breakdowns and grisly death awaits, all shot in the garish neon primary colours that have defined Noé’s work in the past.

Apart from Boutella, the vast majority of the cast is made up of professional dancers of different backgrounds, and highly variable acting talent. Acting’s never been a particularly important aspect of Noé’s films and you could hardly argue that this is a departure for him, but with so many roles and so many different things happening, performance takes on more importance. The various performances are pitched at such different levels of skill and tone that Climax feels patchier and less satisfying than similar films in Noé’s oeuvre.

That said, this is almost the ideal Gaspar Noé movie. Even as it becomes dark in a kind of tossed-off edgelord way, Climax remains the most fun of nightmares. It beats its drum incessantly, pitching the same atonal cacophony for 95 minutes in a way that I find both extremely irritating and admittedly pretty impressive. It’s not about anything. Like pretty much all of Noé’s films, it’s an exercise in sensory overload above all else. The problem with all that is that we’ve seen it before, done better, in pretty much exactly the same way. If Gaspar Noé made a movie with all of this verve and energy that didn’t have people stabbing themselves in the face and other sundry mutilations… now that would be provocation. ■

55,593 cases of COVID-19 have been reported across the province according to Santé Quebéc.