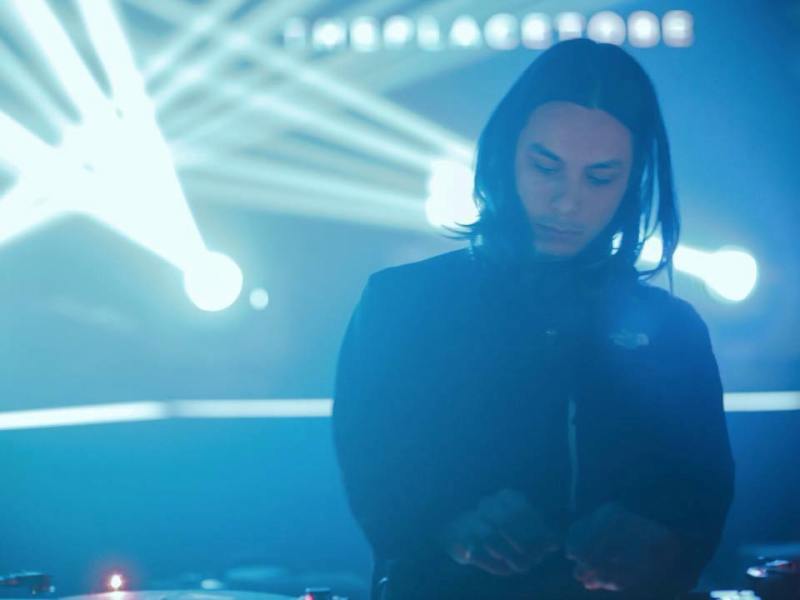 While all eyes may be on the big headliners, those who missed out on picking up passes for Diplo or Above & Beyond’s sold out sets shouldn’t fret. As always, below the glittery surface of Montreal’s annual hibernal tradition lies a few lovely sonic nuggets for the more musically adventurous, and this year is no exception.

Don’t believe me? Check out these three artists in the comfort of your own home, crank up the headphones and picture your synapses getting pummeled by these beats in the frosty tundra of Jacques Cartier Pier.

A German avant-gardist that might be a little too ambient and bare for the après ski crowd, although his sonic black holes feel about as frigid as a walk in deep space.  As chilly as his grainy, tape hissy productions are, there’s a human touch present in his soundscapes that make seeing this live an intriguing proposition of future sounds mixed with analog crackles. Whether he sticks to his script by bringing 2018’s critically acclaimed Compro to life or offers something a little more tried and true for the dance floor, don’t miss this chance to see an up-and-comer in an unlikely venue.

Har har, yes the British producer is a perfect fit for the fest based on his name. Otherwise, Iglooghost’s frantic, bubblegum shrapnel stands as a pretty unique entry as far as Igloofest acts go. Back when the PC Music collective was all the rage a few years back, one got the sense that the sliced and diced advert bleeps and bloops was the wave of our dystopian future. Things have been taken down a notch since then, but it’s nice to see someone like Iglooghost pushing the eerily bubbly sound forward into brain exploding territory. It’s frenetic, hardly danceable stuff, so again, not a conventional hire, so keep that in mind and get ready for an incomparable sonic palette delivered with manic energy.

In a year chock full of amazing, globe-spanning compilations, an absolute favourite from 2018 came from Swedish label Studio Barnhus. The Norrmalm smart alecks are a convivial bunch on wax, so even though their Volym 1 mix is a bit all-over-the-place stylistically and perhaps brings to mind a chill vacation in Cyprus instead of cool Scandinavia, there’s something casual and inviting about their brand of deep house dance music that makes you want to coast at their wavelength. The 25-year-old might not be as wild as Paris Hilton-sampling labelmate Kornel Kovacs (who is, really?), although Stiltz’s entry in Volym 1 is an unlikely ballad that one might drunkenly sing to a stranger around closing time.

60,813 cases of COVID-19 have been reported across the province according to Santé Quebéc.