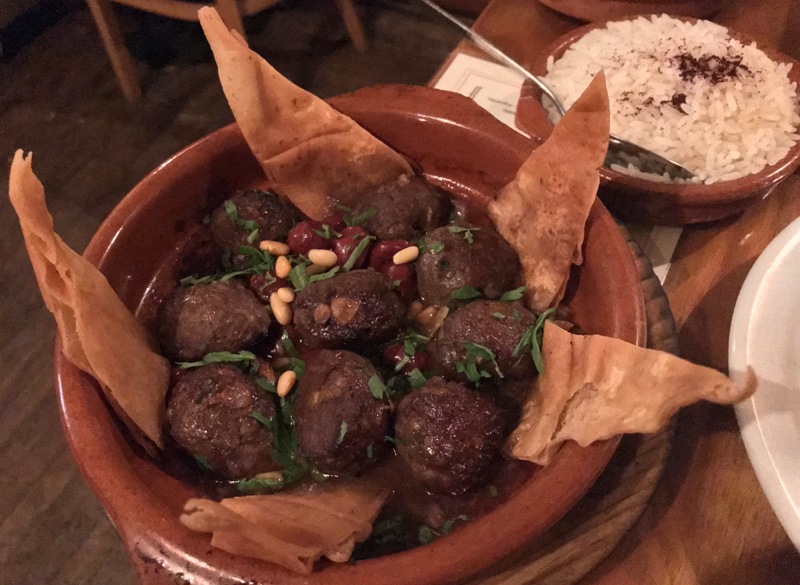 Montreal was amazed by Kazamaza’s pan-Middle Eastern barrel rolls of flavour when the restaurant first opened, but it’s become more of an in-the-know institution for locals in the nine years it’s been open.

I wound up at Fadi Sakr’s restaurant primarily because a Palestinian friend of mine deemed it worthy of a true Middle Eastern culinary experience. She gushed over each dish’s arrival at the table with childhood memories as we sipped milky glasses from the restaurant’s arak selection. As for me, I was just about as charmed as anyone could be walking into Kazamaza’s exposed brick interior with tight corners and packed tables. “Feels like home” may sound a bit cliché, but damn it, it works. 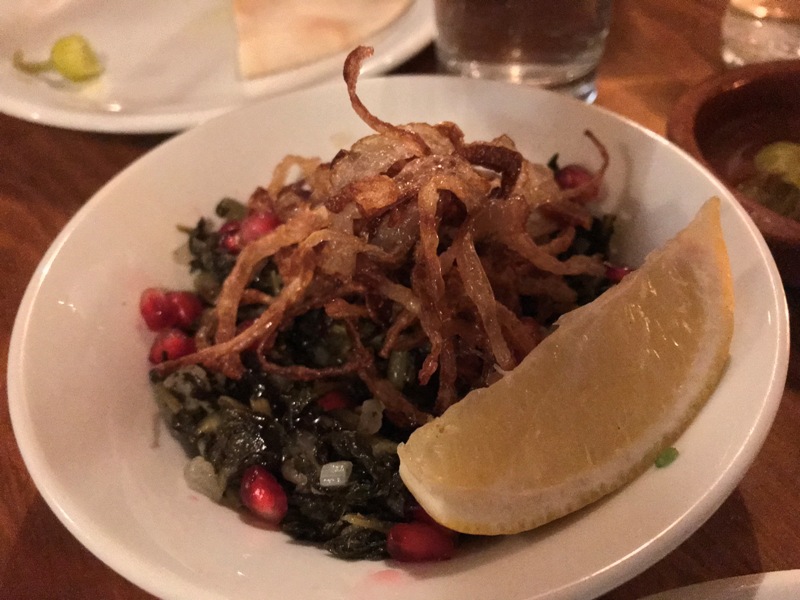 As Sakr told me in a follow-up discussion, visiting on the weekend was my only mistake. The restaurant was definitely bumping, and service had its fair share of hiccups as a result. We were asked every two minutes if we were ready to order despite having just received our menus, plates were shot to the table too quickly and a dish from our order was forgotten, but it was all water under the bridge considering how busy it was, and how delicious the food was.

Kazamaza’s current chef Mostafa Daham is doing it right in terms of presentation and taste across the wide selection of Syrian and Lebanese food. The best way to approach this place’s long menu is to try a little bit of everything, coat the table with meze and dig in. I’m sure that selecting the familiar hummus, baba ghannouj or mouhammara would do the trick to scoop with warm pita and punctuate with popped olives, but how about something different? A kibbe nayyé ($8/$14) beef tartare perhaps: raw meat simply dressed in spice, zest and oil (nothing chopped and mixed) was amazing in its plainspokeness when coupled with garlic paste. Maybe some hindbé ($7), a mix of minced and sautéed dandelion greens, crispy onions and pomegranate seeds; a dark, almost spinach-like flavour brightened by juicy red seeds and rounded off with those fried toppings — amazing in its simplicity. Even makanek ($12), small sausages rolled in sweet and sour pomegranate molasses and dressed in pine nuts are a sure bet, made for a series of juicy and none-too-greasy bites to pluck from a hot plate. A stellar start.

As for entrées, the makanek bore some resemblance to Kazamaza’s kefta karaz ($20) with its balls of minced lamb, but took on a different tone with its sweet, stewed cherries and crispy pita chips. The real treat had to be the fatteh, a southern Levantine layered dish: We opted for the makdous ($20) option of pita over eggplant, minced lamb and tomato sauce, ornately topped with garlic sauce and chiffonade parsley. While one of the richest dishes of the night, breaking into this thing by the spoonful for bites both crunchy and savoury, taken as a dip for pita or enjoyed on its own, it was immensely satisfying. I wish the same could be said for samké harra ($23), a catch of the day and the only dish that fell flat. The fish itself was well-cooked, but its lack of flavour felt compensated for by a whole whack of toppings ranging from vegetables to nuts. I would’ve sooner skipped it. 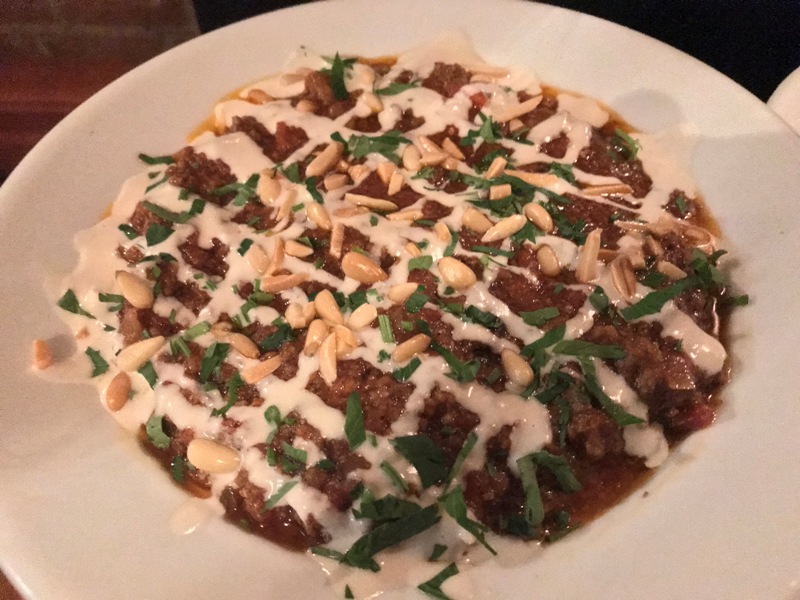 Even with that last dish, my friend and I were undeniably happy from that unique pleasure found in bellies close to bursting. As for the cheque? Having had an experience akin to ordering the full menu despite only scratching its surface, I expected this trip to make a dent in my wallet, but no. It’s all amazingly priced and built to be shared.

If you haven’t been to Kazamaza, reserve yourself a spot and dig in as far as you can go. ■