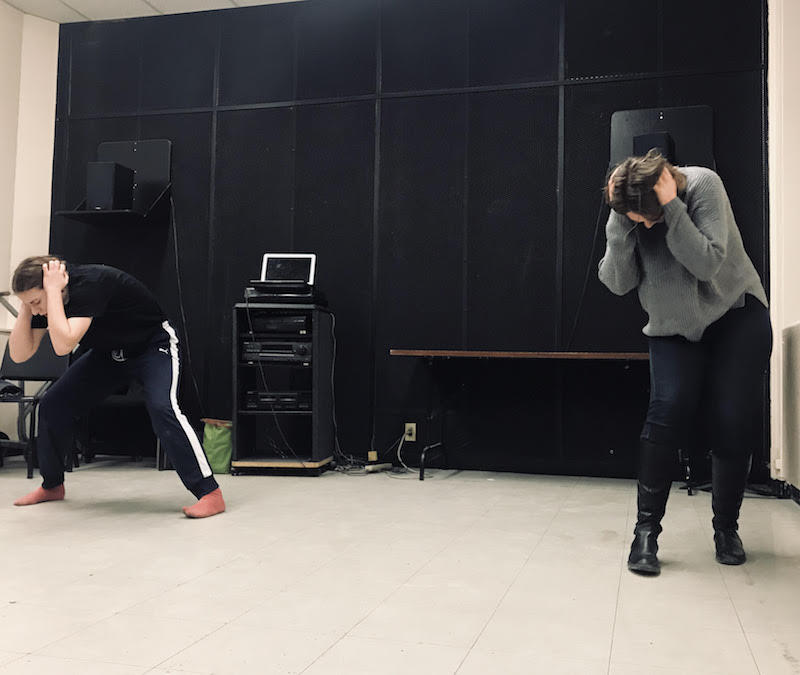 I love writing a good lede but in this instance, there is no lede better than the pure truth of the situation. Daniel Arthur and Lindsay Connolly have started an indie opera company in Montreal and their first show is tonight, Jan. 14, at Sottorenea in the basement of Sala Rossa.

This fact, free of any other context or information, would be interesting and impressive enough, but when you factor in that Arthur is younger than half of my t-shirts, it takes on a somewhat surreal quality. Recently Arthur spoke to me about the genesis of the project and explained his fascination with a less-than-contemporary form.

Dave Jaffer: Okay, let’s begin at the beginning. Who are you, what have you done and how has this come to be?

DJ: I don’t think anybody’s ever seen that in Montreal. It’s not something that we think about the way we think about, say, pop or rock or jazz. You can put “indie” in front of those things and a lot of people probably know where the scene is. More to the point, we don’t think of opera as something that young people do — but of course that’s not true. You’re young and you’re interested in classical music and opera. Where does that come from?

DJ: What does that mean? Opera is an art form that pre-dates many contemporary art forms which has transcended both geography and language. If anything, doesn’t its history make it better?

DA: Maybe “ruined” is a very strong word. As you were saying, you don’t associate opera with young people. In today’s society you don’t see young people really into the opera scene other than people who actually perform opera. I think a large reason is that there’s a lot of barriers between the common person and opera that have been put up by a history of it being a high art form and…

DJ: Something for rich people.

DA: Something for rich people. And also the content of opera, the storylines of opera, traditional opera — young people don’t relate to these storylines.

DJ: I’m not 100% sure that’s true, but I get that there is a gatekeeper-y aspect to opera and certain other art forms and, of course, things outside of the arts — compare golf to basketball for example. So maybe instead of saying “ruined,” we should focus on the barriers to entry. You weren’t barred from entry, though. How did classical and jazz lead you to opera?

DA: The inspiration for that idea came about when I was at Opera NUOVA this summer. It’s in Edmonton, Alberta. It’s a fantastic program and when I was there, I was surrounded by all these people doing opera and I thought “what does opera need to keep thriving?” Because people always talk about how classical music is dying, how opera is dying, but independent opera companies, like those in Toronto, are saving the state of the art.

DJ: Who’s in Toronto doing what?

DA: You have Against the Grain Theatre, you have Tapestry Opera — there are a lot of independent companies and they’re doing a lot of exciting things by younger composers about more contemporary topics.

DJ: You mentioned this, this interest in more “contemporary” topics. What are your shows, your chamber operas about?

DA: We have shows about a variety of issues, dealing with identity as a kind of broad theme. There’s one about a woman who has dissociative identity disorder and it’s a depiction of how she deals with that disorder. Mental health is something is traditionally not talked about in such explicit terms — in culture. Millennials are talking more and more about mental health; that seems to be a thing that is coming up more and more often with my generation, being very open and explicit about mental health issues. So this opera is one example of something I would call a contemporary theme or topic. ■

The above interview was edited and condensed for clarity. 23DegreeTheatre’s I is at Sottorenea (4848 St-Laurent) tonight, Jan. 14, at 9 p.m. Unfortunately this show is sold out but for more information on the company, keep up with them on Instagram.