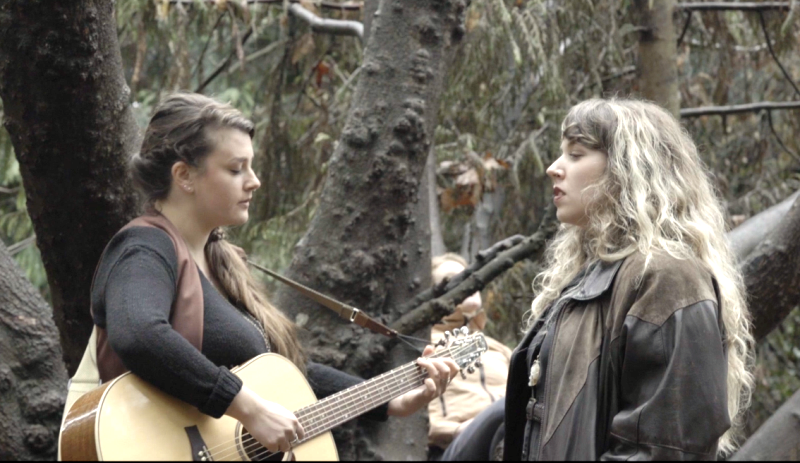 Here’s what they had to say about their song “Wounds”:

“‘Wounds’ is a song about the rupture of relationships … a deeply personal experience intersecting with notions of friendship, compassion and creativity. This intersection shows up everywhere in the song: in the orchestration and arrangement; the texture and nuance of two voices in harmony, weaving in and out of togetherness and call-and-response; through triumphant melodies by sax and accordion during instrumental breaks; through the driving rhythm that remains consistent despite constantly changing dynamics in the instrumentation.”

Filmed in Esquimalt and Victoria on Vancouver Island — on the traditional territory of the WS’ANEC’ (Saanich), Lkwungen (Songhees), Wyomilth (Esquimalt) peoples of the Coast Salish Nation — the video was co-directed by band members Isabella Harned and Laura Glover, edited by Olivia Du Vergier, filmed by Daniel Keen and features actress Emily Tognet.