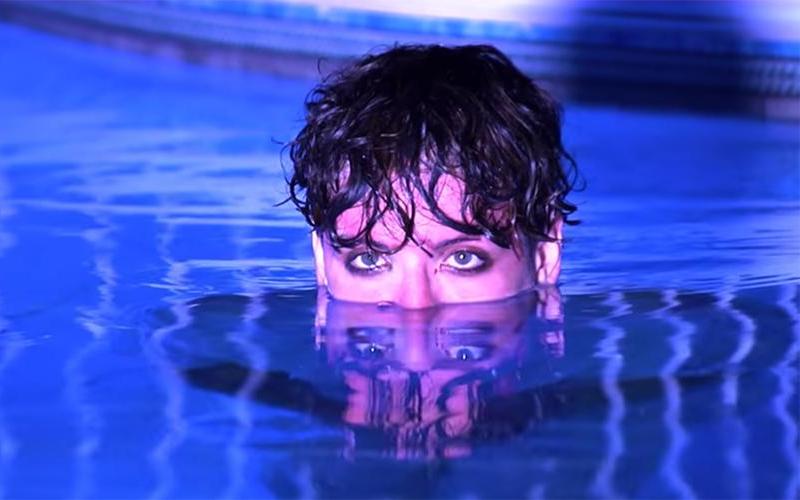 It’s been a busy fall and winter for Montreal bands, with new records, launch shows and festival sets coming fast and furious from every corner. Here are some of the videos released by some of the city’s best, brightest and loudest, from albums recently released and some to come in the new year:

Directed by Jason St-Hilaire, this is the video for the second single off Dead Obies‘ forthcoming third album DEAD. (out Feb. 15 on Bonsound Records). With lo-fi, late-night production by VNCE CARTER, the track features relentless verses by MCs Ogee Rodman, Snail Kid,20SOMEandJoe Rocca.

Singer-songwriter Helena Deland has been one of the revelations of the Montreal scene this year. She released the EP From the Series of Songs Altogether Unaccompanied Vol. IV, played some stellar headlining shows and festival sets, appeared on the cover of the March 2018 issue of our magazine and found time to costar with her cousin Claudia Picard-Deland (whom this song is about) in a video directed by Bronwyn Ford:

Speaking of revelations, glam/pop eccentric Hubert Lenoir has been making serious waves this year. Check out his latest video, for a track from the album Darlene, directed by Gabriel Lapointe et Noémie D. Leclerc:

Chromeo are no strangers to vintage aesthetics, with a sound and a look inspired by funk and pop pioneers of the 1970s and (especially) the ’80s, most recently heard on their fifth album Head Over Heels. Now they’re stretching out into the ’90s with a video starring longtime TV actress Robin Givens (whose credits span The Cosby Show to Riverdale), directed by Allie Avital. Check it out:

Klaus is an art-rock supergroup of sorts, featuring members of Patrick Watson’s band, Karkwa and Galaxie — François Lafontaine, Samuel Joly and Joe Grass met while they were backing up Marie-Pierre Arthur and set out to create “a  TechniColor musical playground.” Simone Records released Klaus’s self-titled debut album in September, and if you missed their launch show, they’re playing le Ministère on Feb. 1. This delightfully prickly montage was directed by MaDu:

One of Montreal’s heaviest bands (who are frequently plugged by our heaviosity columnist Johnson Cummins) dares to be cute in this new faux-vintage video co-starring a kid and a puppet. This track is from the Great Sabatini‘s recently released LP, Goodbye Audio.

Foreign Diplomats are set to release their sophomore record via Indica Records in the new year and already dropped the first single (and video) “Adopted Hometown” in November. This new mini road-movie directed by Vincent RC showcases Montreal’s skyline and city streets before rolling out to ‘burbs for some macabre/romantic hijinks.

It’s been nearly a year since Milk & Bone‘s Deception Bay came out, but the album cycle persists via this a suitably moody, atmospheric video, directed by Soleil Denault, for a track about longing, distance (“between L.A. and Montreal”) and uncertainty.

Local electro-pop artist Radiant Baby (aka Félix Mongeon) will release his debut LP Restless via Lisbon Lux Records on Feb. 8, 2019 — the launch show is happening on Feb. 22 at Bar le Ritz PDB. Check out the second video from the forthcoming record, directed by Mongeon himself, below — animals lovers will dig it, but if you’d rather indulge in a purple fantasy, watch this:

Lou Phelps stepped out of the shadow of his older brother Kaytranada this year while embracing their musical connection at the same time — Phelps’s album 002 / LOVE ME, released by Last Gang in September, was executive-produced by Kaytranada.

Toronto/Montreal rapper Patrik released his Spadina EP last month, and now there are some entrancing visuals to go along with the track “Lone.” Watch the video, directed by Sava, here:

Kid Koala, “All for You” feat. Trixie Whitley

Kid Koala is back on two fronts this winter, releasing the album Music to Draw To: lo on Jan. 25 via Arts & Crafts and playing a pair of launch shows at SAT on Jan. 24 and 25. The album is a collaboration between Kid Koala (aka sometimes-Montrealer Eric San) and Belgian-American singer and multi-instrumentalist Trixie Whitley. Sample their sound with this video, directed (and featuring “chemical puppetry”) by Karina Bleau:

Photographer and filmmaker Mikaël Theimer worked on this short film (which doubles as a video for a song by Montreal band the Damn Truth) to document the lives of squeegee kids in the city. Tragically, one of the film’s subjects died before the project was finished. Now Theimer and the band are releasing the video and appealing to the public to donate to Dans la rue, the local organization that helps street kids survive and conquer their demons.