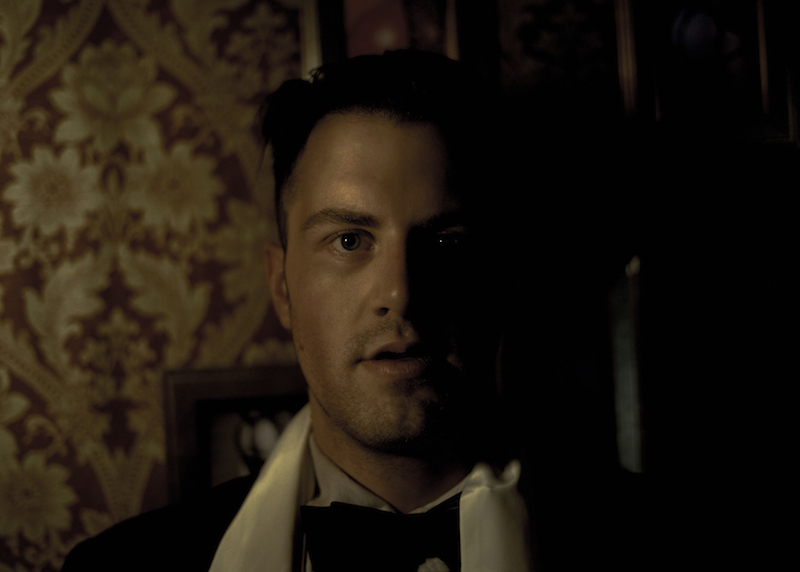 There is a very specific kind of quandary when a celebrity (or at least someone with a lot of followers, which kind of constitutes “celebrity” these days), tweets something stupid, incorrect or objectionable: to reply or not to reply. Both options have their particular merits, but only one comes with the possibility of a bunch of rabid psychos Twitterally getting up in your grill and blowing up your mentions.

In 2011, I had the temerity to correct 50 Cent’s spelling. The resultant Twitter tussle earned me a handful of death threats from suburban dudes wearing oversize t-shirts featuring Bugs and Taz posturing like rappers.

Montreal writer/provocateur Joe Bagel didn’t correct anyone’s spelling but he did take issue something tech billionaire/IRL Hank Scorpio Elon Musk tweeted, which led to a little bit of an online slap fight, which led to Joe writing a play about it, which brings us to today, Dec. 14, 2018, because tonight’s one-night-only staged reading of the play — Trapped in Elon’s Mansion — which will no doubt touch upon the Elon Musk/Grimes/Azealia Banks clusterfuck of a tabloid story earlier this year,  is, uh, one night only.

Because we are both very busy and important people (read: because I found out about this late), Joe and I chatted about the show via email. (As per usual, I’ve edited for length/clarity. And yes, he wrote “Wilhelm” on purpose.)

Dave Jaffer: Okay, so, what is this show? What are people seeing on Friday? A play? A staged reading? Vestiges of an elaborate clapback?

Joe Bagel: The event is definitely a staged reading, for writers, with writers: most of this gang are writing friends and associates, with some real-actor ringers in the cast to even things out. Since we’ll be reading off copies of the play, you won’t see the thespian pyrotechnics of a Broadway play. Instead, you’ll see a wildly spectacular rough cut of an amateur playwright with amateur actors taking on the most intimidating titan of drama: Wilhelm Shakespeare.

This whole event snowballed beyond my initial extremely humble expectations: we were going to do a loft show, zero rehearsals, as a bona fide party for my book launch. The reading was only an excuse to write the play. Then, when the event went smallpox-viral on Facebook, we realized we had to fucking go for it. Rehearsals. Props. Stage directions. A giant gorgeous venue. This will not be your typical, anemic, somnolent reading. It will be an off-the-cuff Shakespearean bonanza.

DJ: Why a play? Clearly you want to talk about contemporary people and celebrities and technologies but you’re using an older style to do so. Why not a podcast series, or a vlog project or some kind of performative social media thing?

JB: The fight I (and my friend, Audrina) got into with Elon was actually about Shakespeare. I was chirping him about his moronic Boring Company. So was a transportation expert, Jarrett Walker. Then, Elon called Jarrett an “idiot” and brought up dirt about Jarrett having gotten a PhD in Shakespeare Studies before he became a transit expert. Low blow! Such a jackass! So what better way to respond to Elon’s anti-Shakespeare tweet than a 17,000-word clapback in iambic pentameter?

JB: I know it sounds like a really insane brag to make but verse drama is effectively dead. People do not write plays in verse anymore — and if they do, they’re generally just rewrites/modernizations of old verse plays. I am a writer, not a scholar, so take my claims with a grain of salt. But I was hard pressed to find any verse plays, period, written in the last 50–100 years, let alone comedies, and especially ones that were commercially successful.

DJ: Why do you still go by Joe Bagel?

The staged reading of Trapped in Elon’s Mansion is tonight, Dec. 14 at 10:30 p.m. at Diving Bell Social Club (3956 St-Laurent). Tickets are available via Eventbrite.