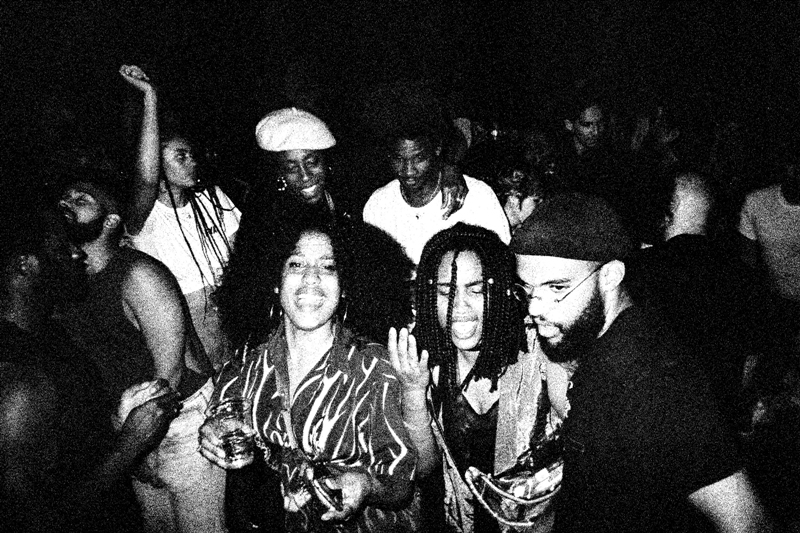 The full moon is hanging brazen over the night sky, puffs of white clouds waft peacefully around it, occasionally detaching and wandering off on their own. In a warehouse below, somewhere a ways away from the core of the city of Montreal, thousands of people are caught in a trance, dancing fiercely as the eclectic Moonshine collective curates a taste of the world for them through sound.

As he dips and dodges through the energetic crowd, Moonshine founder Pierre Kwenders can’t help but notice what a diverse group of people now flock to these monthly parties since the collective started throwing them years ago. It makes sense, since the sound they curate is equally as diverse as the people who attend. “Even the crew, we are different people from different backgrounds and we’re friends, that’s why we started this project. When people come to Moonshine it’s kind of like a family gathering of all the cousins.” Tomorrow’s Moonshine party will officially mark the fourth anniversary of the Moonshine collective’s family gatherings.

In the four years since they began, Kwenders and his talented crew of artists and managers have created far-reaching relationships with DJs from all over the world while bringing them to the city of Montreal to share their story and sounds. Their line-ups have featured names such as Dubble Dutch, Mo Laudi, Kaytranada and many more. Despite often being labeled as “Afro-beat,” Moonshine attracts artists that are often genre-defying and on any given night can have you dancing to different types of music. They’ve also managed to pull off their vibrant parties in cities such as Los Angeles, Paris and even Santiago, Chile. “I’m lucky enough to be surrounded by the same people with Moonshine and with my solo projects,” Kwenders says. “We work so well-together, we have a vision, and we work together to get to that vision. It makes it easy.”

That vision is undoubtedly starting to come together and the Moonshine crew boasts some unbelievably strong performances since the event’s inception. Despite the fact that the parties are only getting better and better, Kwenders still has special memories from the earliest days. “For me, the Halloween special that we did three years ago. We were, like, a year and a half through our parties and it was my 30th birthday so I was just really hyped. Moonshine, the full moon, Halloween and my birthday — it was just incredible.” 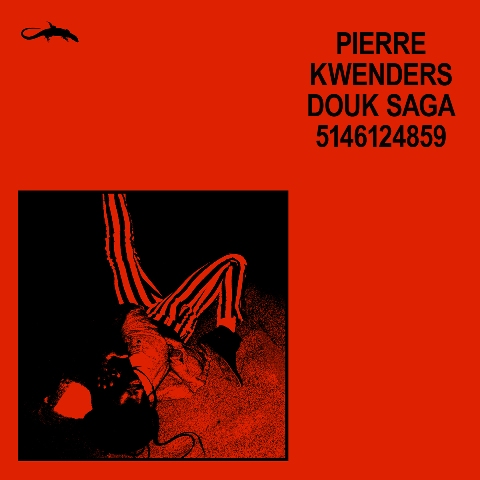 All eyes are on the future now though as the team continues to push its boundaries, sonically and visually, while finding ways to take Moonshine across the world. “Definitely Kinshasa,” Kwenders says when asked where he would love to host a Moonshine in the future. “It’s my hometown in Congo, in Africa. That would be the #1.”

It’s easy to tell from talking with Kwenders for only a few minutes that he wants to give back to the people who’ve helped him and the Moonshine team get to where they are now. It’s part of the reason Moonshine has such a welcoming and open feel. A truly safe space. It’s also the reason the Moonshine collective plans on releasing their second mixtape, SMS for Location, Vol. 2 for free on Nov. 30. “Music is sharing, it’s meant to be shared,” he says about the project. “I think for this one I definitely wanted to take people on a beautiful trip, you know? You’d be dancing here, then you can sit down and chill with a slowed down song and then get back up before finishing with a bang. Which is kind of Moonshine, especially when you come to the parties there. You come at 11 p.m., the third DJ who kind of sets the tone of the night slowly, and the energy just gets higher and higher and higher for the night, and then at the end everybody goes home.”

As for where you can find Kwenders at this Saturday’s four-year anniversary?

“I’m pretty much everywhere. I just like to go and mingle, and dance with little groups, changing the vibe and enjoying the night.” ■