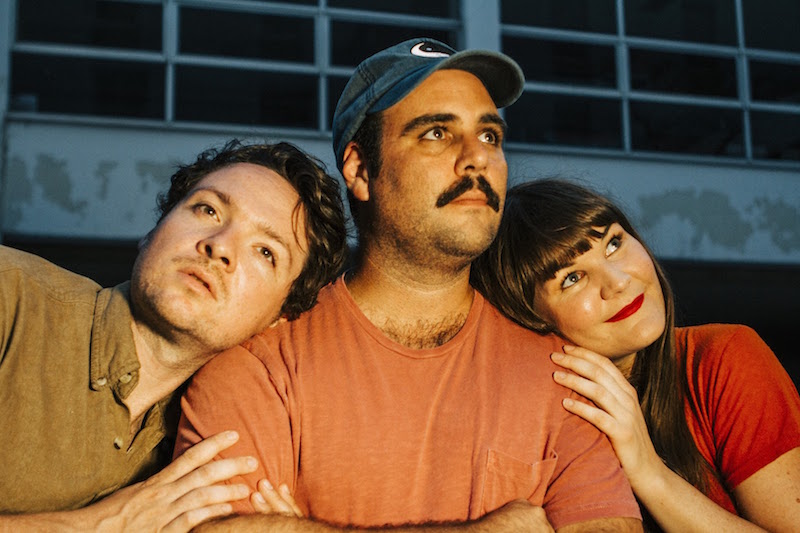 Chris Locke isn’t pretentious about what makes his audience laugh. Not one to rely on political topics, the comedian starts from a real place, but his stories quickly devolve into silliness. “I just want people to laugh and get silly and I can’t help but use my imagination,” he says.

The trio of critically-acclaimed comedians allow for a break from the swirl of politics and news of everyday life. They let loose and have fun, through Hennessey’s silly onstage antics and the comic absurdity of Henry’s one-liner style. Locke himself is the punchline for most of his jokes, which focus on his comically relatable experiences. “I’m trying not to split the audience either by saying certain types of people are idiots,” he says. “In my comedy, I’m the idiot.”

Locke also jokes a lot about his guilty relationship with food and trying to eat healthy. When asked what he enjoys about performing in Montreal, he replies with recommendations of breakfast restaurants (Beauty’s came out on top), making clear, half-jokingly, that food is an important driver in his career choice as a touring comic.

Although the show varies every night, the Montreal Jaunt is noteworthy for the francophones in the audience. Locke says that catering to a bilingual crowd means bridging the language gap with physical humour: “With francophones you have to act bigger.” He anticipates a lot of flailing arms and falling about on stage to carry his jokes — even if they can’t understand him, clowning always gets a warm welcome from the crowd. Still, Locke wonders if his jokes could translate. “I would like to see if I could talk about the same stuff I do in English in French and see if it gets the same sort of reaction,” he says.

Whatever the reaction, Locke loves performing at Théâtre Saint-Catherine and mentions that all three comics look forward to taking the audience on their wild, silly ride. “We’re going to get loose and if that’s what you feel like you need, I think you will be more than satisfied,” he says. “We’re just excited to be back in Montreal.” ■

Autumn Jaunt 3 is at Théâtre Saint-Catherine on Nov. 15. Opening performers include James Bran, Jacob Greco and Aliya Kanani. Tickets can be purchased at the door.