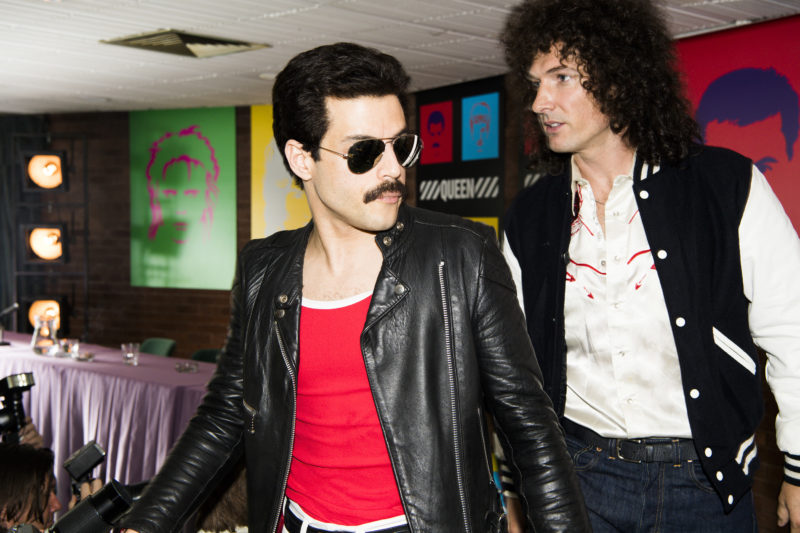 Chuck Klosterman’s 2016 book But What If We’re Wrong? essentially explores the idea that everything we currently hold as objectively true can and will be disproven 500 years from now, based on the theory that nearly everything we held to be true about our world 500 years ago has been disproven or redefined since then. In one of the chapters, Klosterman explores what will remain of rock ’n’ roll in 500 years. (Klosterman’s book does not really take into account the idea that, as most news outlets have been reporting, the Earth actually has about 20 years left.) Klosterman posits that rock ’n’ roll’s time as the defining idiom of popular music has come and gone; much like opera or classical, it has not so much died as crystallized into a niche that will always be performed and venerated to some extent, but will no longer be the default “sound” of pop music.

Based on all this criteria, Klosterman posits that the rock icon that will come to define that particular period of time will either be Elvis Presley or Bob Dylan. The argument — in true Chuck Klosterman fashion — is both extremely specific and somehow fleetingly vague, and I won’t bore you with the details of how he comes to that conclusion. But I couldn’t help but think about that argument watching Bryan Singer’s misbegotten Freddie Mercury biopic, Bohemian Rhapsody; it seems the very existence of this biopic shatters Klosterman’s argument. Bohemian Rhapsody plays like a recreation of the extremely distant past, a depiction of real life that bears absolutely no resemblance to the events it portrays. If the audience for most biopics can basically be divided between die-hard fans and neophytes, Bohemian Rhapsody aims at an entirely different one: people who are entirely in the pocket for Queen, people who love their songs without reservations, but who have also no interest in knowing where they come from and how they come to be.

Bohemian Rhapsody starts with the idea that everyone knows and loves Queen and will simply enjoy hearing at least a small part of one of their 20+ anthemic jams, then fills in the blanks half-assedly. If we’re to believe Bohemian Rhapsody, what makes Queen such a popular and evergreen rock band is that they were all pure lightning rods of talent who effortlessly shit out jams and got along fabulously with everyone — everyone except Freddie Mercury, who’s somehow the biggest and most electric of the lightning rods, but also the one that prevented Queen from being EVEN MORE HUGE than it already was. (For what it’s worth, Queen is currently ranked 10th or 11th in all-time record sales — and yet the movie posits that they easily could have done better had their lead singer not been such a mess.)

Born Farrokh Bulsara in Zanzibar, Freddie Mercury (Rami Malek) grew up the son of buttoned-up Parsi immigrants in England. Not particularly interested in his father’s (Ace Bhatti) conservative idea of success, Freddie chases rock star dreams while working as an airport baggage handler. After a gig one night, he approaches a fledgling glam band named Smile and volunteers to be their new lead singer. Though unimpressed at first, the members of the band (Gwylim Lee as Brian May, Joseph Mazzello as John Deacon and Ben Hardy as Roger Taylor) decide to take a chance on the foppish, extravagant Mercury — who immediately renames the band Queen and propulses them to success with catchy hooks and anthemic takes.

This is the stuff that, even if you don’t know it, you might expect: his dad is disapproving, people are generally wary of his effeminate and outsized persona, he marries a woman (Lucy Boynton) even though he clearly struggles with coming to terms with his own homosexuality, etc. Bohemian Rhapsody offers no particular insights on Mercury’s own sex-drugs-rock-’n’-roll life because it becomes increasingly clear that this is a movie about how great Queen is, bogarted by the attention-seeking antics of the only interesting guy in the fucking band. The surviving members of Queen serve as executive producers on the project, and they seem to have gone out of their way to make their on-screen selves as unobjectionable as possible. They crap out monster riffs in a matter of seconds, while Freddie plods out his over years; they sit quietly in Freddie’s humourless bacchanalian parties, sipping champagne and worrying about their kids back home.

All of this reduces 90 per cent of the film to empty pageantry: we watch as the band effortlessly writes yet another anthemic jam, then we watch as Freddie effortlessly pulls it off in concert wearing down-to-the-stitching accurate outfits. We watch as they become increasingly popular and unavoidable; everyone loves them, and everything is great – until it isn’t. There are innumerable flaws in Bohemian Rhapsody, but the most egregious to my eyes is that Singer does absolutely nothing to make the audience realize that Queen is great. He simply goes off the notion that we already know and embrace this, feeds us a 20-second clip of “Fat Bottomed Girls” and moves on to the next jam. Early reports that Mercury’s sexuaity and his death of AIDS are ignored were perhaps exaggerated — it’s in there, but as with nearly everything else, it’s glossed over or reduced to a minor plot point. His diagnosis is given about as much screen time as the bassline from “Another One Bites the Dust” — something that would be offensive in a better film, but is simply par for the course here.

All of Bohemian Rhapsody leads up to the band’s triumphant performance at Live Aid in Wembley Stadium. (This is treated in the film as a “comeback,” even though Queen was on a huge tour at the time — but there’s no use hammering on factual accuracy in music biopics, much less this one.) Singer basically recreates the televised broadcast shot-for-shot with some measure of success; there’s a distressing amount of insert shots of the crowd that look like they were shot at some kind of 80s-themed charity golf tournament, not to mention that the droves of people are depicted through surprisingly shitty CGI. But of all of its technical faux-pas, the sequence does have the kind of energy and fire that the film lacks. There, after two hours of bite-sized trivia chunks and 30-second Amazon song previews, it finally crystalizes: Singer shows us exactly what it is about Queen that made it worth making this movie… and then the movie ends.

I can’t imagine there’s much space left for the conventional two-hour biopic. Once peak TV clues in and gives us the 10-episode story of Little Richard or whatever the fuck else is truly going to truly drive the last nail in that coffin, I imagine these will be few and far between. (Evidently, Walk Hard wasn’t enough.) But there certainly isn’t any place for this kind of surface-skimming bore, a film so disinterested in its subject that it can’t even convey love for it. There’s a scene in the film in which Mike Myers shows up as an EMI exec that the band convinces to fund a “rock opera” project. They end up delivering the track “Bohemian Rhapsody,” which he predictably hates. “Mark my words: no teenagers will ever headbang in their car to ‘Bohemian Rhapsody’!” he says. I made an audible hissing noise at this point, somewhat like a cat; if all that remains of rock ’n’ roll in 500 years is this mess, we’ll have brought it on ourselves. ■