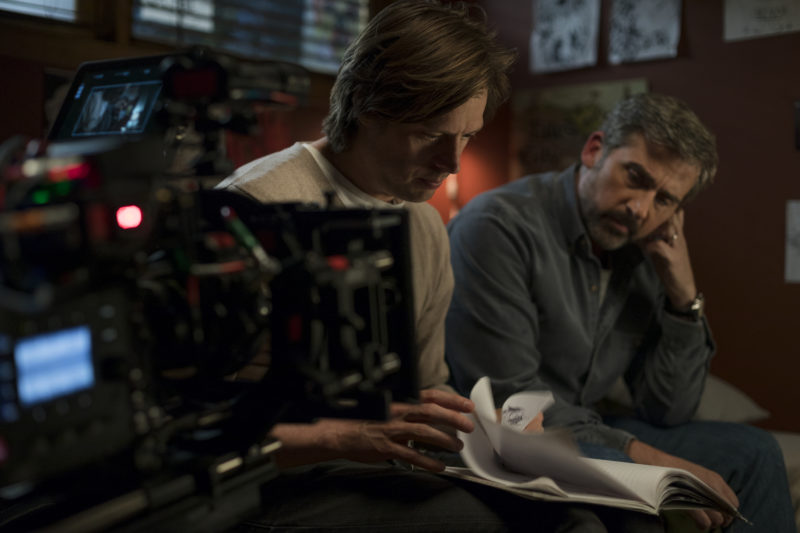 Beautiful Boy is a film about drug addiction, but unlike so many films on the same topic, it isn’t about recovery. It isn’t a film about triumph and about being “cured” (though addicts will tell you there’s no such thing as being cured). It’s a film about the bumpy, circuitous route one takes when trying to overcome addiction. Based on two parallel books by Nic and David Sheff, Beautiful Boy takes a fragmented — if not exactly non-linear — approach to the material.

Steve Carell stars as David Sheff, a celebrated author and journalist living in California with his second wife (Maura Tierney), two small children and teenage son Nic (Timothée Chalamet). Long divorced from Nic’s mother (Amy Irving), David has an increasingly contentious relationship with his son. As a child, he was open, curious and ready to share with his father; as a teenager, he’s moody and flighty, prone to disappearing for days at a time. What David is only dimly aware of is that Nic is addicted to methamphetamines, an addiction that he has more or less managed to hide from his family — until, of course, it isn’t a possibility anymore. Over the next few years, David and Nic’s contact is spotty as the son drifts in and out of addiction and the father attempts, rather fruitlessly, to try and solve a problem that isn’t his.

“When I read the books on which this is based, I thought it was a unique project because of the two points of view,” says director Felix van Groeningen. “You have the mythic story that the father goes through, and you combine that with a story from the inside, which is how Nic’s story is told. Combining those two was really, I thought, unique. I had the opportunity to, in a very simple way, look at a very emotionally complex problem. I fell in love with the books, but I also wanted to do it for personal reasons. My family and I have struggled with addiction — not me personally, but I’ve seen it — and through the books I realized there’s still a lot to learn about it. We tend to look at it with this idea of failure in mind.

“But the books were both an account of this incredibly repetitive cycle of relapsing over and over and over again. It’s exhausting, but it is real, and we wanted to keep it that way because that’s how it is. We didn’t want to sugarcoat it. We wanted it to be, of course, a satisfying film — which, for me, it is. I truly do believe that, when Nic is doing well, as a filmmaker or as a viewer, I really do hope that things are gonna go well. But relapses are always lurking around the corner. That’s how it is.”

Exhausting is one way to look at it. Out of the film’s premiere at TIFF, opinions were rather sharply drawn between those who felt that the film’s structure was brilliant and those who felt it detracted from the overall experience. Though the film is otherwise fairly classicist in its approach, there’s a real power behind the challenging structure.

“With the filmmaking, I wanted to simulate what the family is going through,” says van Groeningen. “I needed the flashbacks; I needed us to live through what David is living through. We experience it with him, as he’s experiencing this fear of losing his child. He’s remembering the good times, the very innocent times, he’s wondering whether or not he could have done more to stop it. That’s what people really go through!”

Music also plays a big role in most of van Groeningen’s work. Though I’ve only seen The Broken Circle Breakdown (a similarly structurally adventurous family drama), music has returned both thematically and texturally in all of his films. Here, he eschews the idea of the “needle-drop” and instead uses pre-recorded music as a type of score. Van Groeningen often lets gauzy, narcotic songs by the likes of Mogwai or Sigur Rós play out in their entirety, fading in and out to fit the needs of the scene. Rather than punch up scenes with familiar music cues, he uses them organically.

“It’s something that I need to give my editor a lot of credit for,” he says. “I always knew to play a lot of songs in the movie, because I was inspired by the people and the books to do that. They talk a lot about music — it’s very important to them and their father-son relationship. It’s a love they share and a taste they share that’s very eclectic. Because of that, I knew I wanted to do a lot of it. It found its way into the script with things like the Nirvana moment in the car or David singing the John Lennon song and we had a couple of needle drops here and there, but it wasn’t working enough. It was Nico, my longtime manager, who pushed me. We’d had a score for some moments, and he told me to throw it out. He said that if we were going to go for songs, we go all the way. That decision really was everything! When we limited ourselves to doing that, we started playing with these seven-minute songs and using them to play out and make an arc. Making bold choices makes a bolder film. It’s part of the journey, and it’s the way I love making films.” ■