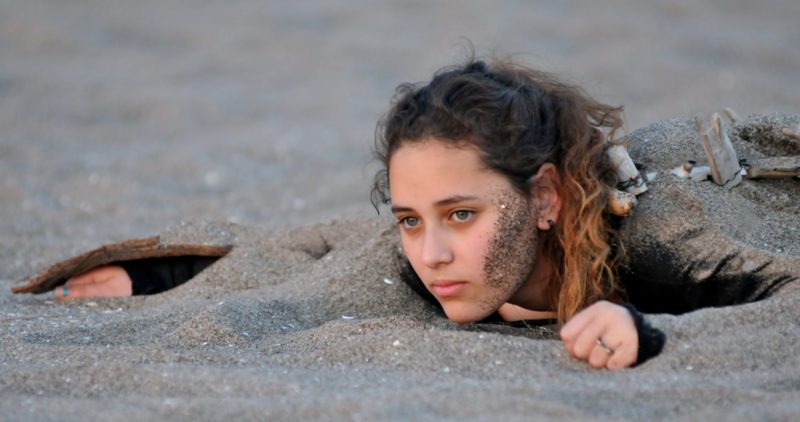 Primas, the new documentary by Laura Bari, deals with unfathomable tragedy and the curative powers of imagination. At just nine years old, Rocío was violently raped, set on fire and left for dead. Sixty-percent of her body was burned and doctors had to rebuild her. Her cousin, Aldana, was a victim of incest — her father assaulted her for years. The pair is united by filmmaker Bari, who is also Aldana’s aunt, and through love and imagination, the girls transform. Love is central to Bari’s harrowing documentary. Finding the balance between pain and happiness, she creates a film that blends cinema direct filmmaking and a more impressionistic form of imagination and paints a portrait of survival and resilience.

“There’s nothing more human than collaboration,” she explains, as she draws a Venn diagram in my notebook. Every circle represents a different voice and a different layer that builds on the project. At the centre, where all the identities intersect, is where she finds her film. It is apparent that Bari has a great heart and her love for her subject and work resounds through everything she does.

While Bari rarely appears on screen, her influence is felt throughout the film. This is as much her story as it is her niece’s. In her words, she is a “facilitator” who helps the imagination and desires of her young subjects come true as she urges them to create artwork to express what they went through and how they’ve evolved. The film’s structure, which starts in Argentina and moves to Montreal where the girls come to learn dance and circus skills, favours this emotional arc. The two girls who were robbed of autonomy are now given the chance to take back ownership of their bodies, and they thrive.

Rocío’s expressiveness brings so much direction to the film. She is vulnerable and assured as she first describes the violence perpetrated against her body through a small poem. Her cousin leans against her as they both sit atop a lighthouse overlooking a grey sea. Bari recounts that leading up to that day, it felt like a lot of small incidents were building towards this revelation. She had given Rocío recorders to make audio diaries and they had discussed what Rocío wants from her future. Rocío wanted to be an actress in Paris.

It was pouring rain when they went out to shoot and the beach was abandoned. The girls had always dreamed of going up the lighthouse, but could not afford the $3 cover charge. “When you are very poor that is a lot of money that can be spent on something else,” Bari says. That day, they also find out that the lighthouse was built by the same Eiffel who designed the tower overlooking Paris. It was as if Rocío’s imagination was slowly becoming a reality.

There is something undeniably cathartic about the experience of watching Primas. It subverts so much of our expectations of sexual abuse and assault. Rather than being frozen in time at the point of trauma, Primas bounds outward, effecting change through imagination and therapy. Bari refuses the term victim in the discussion of her film. It reduces her characters to an incident and perpetuates silence. Bari, who also teaches children’s education, believes that we are letting children down in the way we protect abusers. Shame and politeness mean that family secrets protect the men and women who abuse children. “If you say nothing, you are protecting the person who is abusing these kids and the future,” she says.

Bari is not just speaking hypothetically. It was her brother, Ariel, who abused Aldana. Ariel had been the subject of Bari’s second feature documentary, which depicted the healing process of recovering from an industrial accident that shredded both of his legs. Was it difficult to come to terms with the idea that the brother you loved was also an abuser? It took “one second,” Bari says. She did everything she could to support her niece and had no problem rejecting her brother from then on. Bari hopes that we won’t let down future children by protecting the people who hurt them.