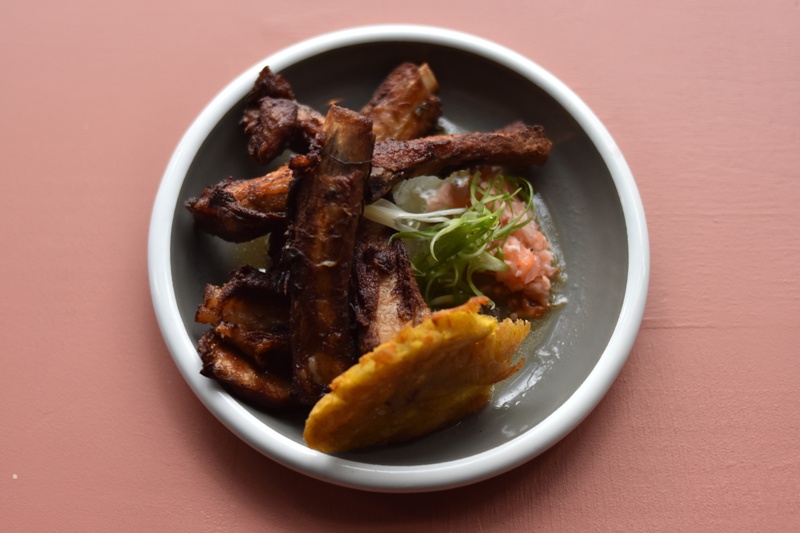 Griot with pikliz and fried plantains

Were this country to have a coat of arms for its food, beer would be firmly emblazoned on it as a foundational pillar, alongside other implacable stuffs like processed food, desserts and a can of maple syrup for good measure.

Out of all of these, however, it’s beer that has since transmogrified into a stupendous, sudsy explosion of selections, from plebeian swill we crack cans of in lawn chairs to current craft obsessions. From a sweet pirouette of hibiscus down to dark and brooding notes of coffee, if it’s to be tasted in a beer, it’s been or will be explored by brew masters.

Then there are brewpubs, now welcomed in every corner of every borough, all holding onto nostalgias that beer drinkers hold dear: getting drunk in timbered interiors, pints frothing at the crown. The only exception is that their suds are now treated with the same love, care and at times superfluous adjectives that wines receive, leading up to contemporaries that have gone the route of modernizing the concept, producing sleek interiors and menus to match.

And then there’s Pamplemousse. It has all the makings of a Havana lounge, colourfully upholstered with swinging light fixtures of glass bells, bright by day and intimately candlelit by night. In the back there’s its kitchen, fitted with a flaring wood oven and roaring fire, the open maw of something more mythological than industrial. All this ambiance suggests that the sound of a cocktail shaker would set an upbeat rhythm, that it’s a pitstop daub of paint on the canvas of a night out. But impressions and assumptions, as a good hole in the wall will teach you, can be deceiving. This is a brewpub.

Having opened a little over a month ago by the hand of restaurateurs and bar owners whose businesses have been known or are gaining a reputation for cocktail slinging — le Mal Nécessaire, Club Pelicano — Pamplemousse still has one hand on the shaker, but the other’s pulling at the taps. Out of all its menus, beer is the largest, laying claim to a small chapbook’s worth of selections culled from across the provinces: sours, bitters, pale ales, stouts, blondes and so on. Above all, the radler’s the one to fall in love with, a pilsner turned cocktail with a touch of amaro, lime and a dehydrated slice of grapefruit, coming a long way from its humble German origins and taking an oceanic detour through the Caribbean. With this in your hand, your head swimming in décor and bubbles down the gullet, you’d forget you were downtown on a far less frequented stretch of St-Laurent than, say, steamies at the Pool Room washed down with drink specials at Foufounes.

Even with all of the libations to enjoy, the kitchen can’t be left unexplored. Chef Pelopieas Brisson-Tsavoussis, with his Carib sensibilities, knows that Pamplemousse is a brewpub, and plays with vibe and circumstance in the menu. There are telltale chicken wings, though dusted up with piri piri and served with crackling skin on a swipe of salsa verde; roasted cauliflower with jerk, sweetened with a pineapple chutney and exuding smokey flavours; a rib griot so tender it slips from its bone like it were a négligée, and paired with the bright tang of pikliz that flares up with flavours of garlic one moment, clove and vinegar the next; an eggplant baba ganoush-like bharta rolling in the darkness of burnt tomato until brightened by a touch of honey yogurt. Each of these dishes forms a well-worn map that takes you across the Antilles, with brief stops to trade spice with other oceans.

Were you expecting a wood-fired oven to be pumping out pizzas, you wouldn’t be entirely mistaken, but the kitchen instead opts to ride the city’s current wave of affection for Neapolitan crusts and offers naan instead, providing all the fluff, soft pull and char of the former without the ensuing weight. Naanzas here (for now) come as either a pre-slathered pie of butter chicken and the minty cream of raita with watercress and thick cubes of paneer or a more earthen range of flavours with a cream of wild mushrooms, herbed ricotta, parmesan and sherry — at once homecoming in its familiarity, but delightfully exotic in its execution. 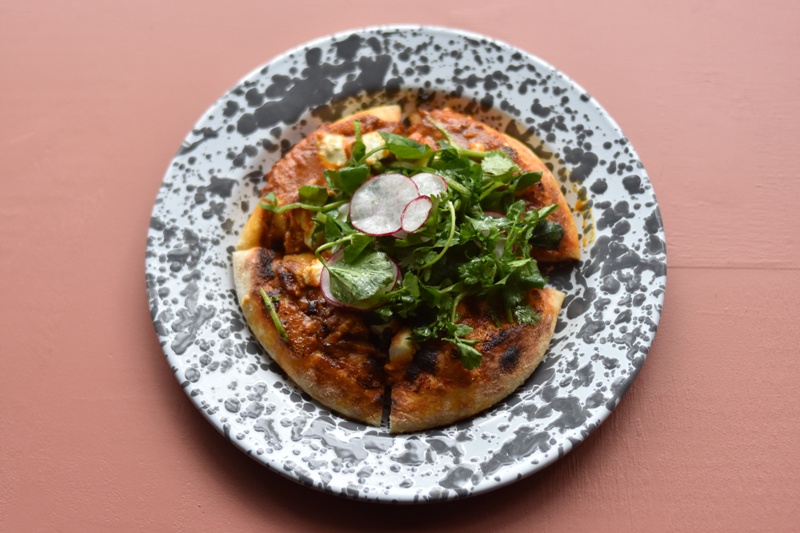 After all of this has been tasted, it’s an effort to make room for something sweet, but the small side menu of desserts is equally mighty, with tempting options such as a goat cheese cake with almond crumbs, an underlay of guava-sherry coulis and a mound of goat cheddar tumbling off like driven snow. 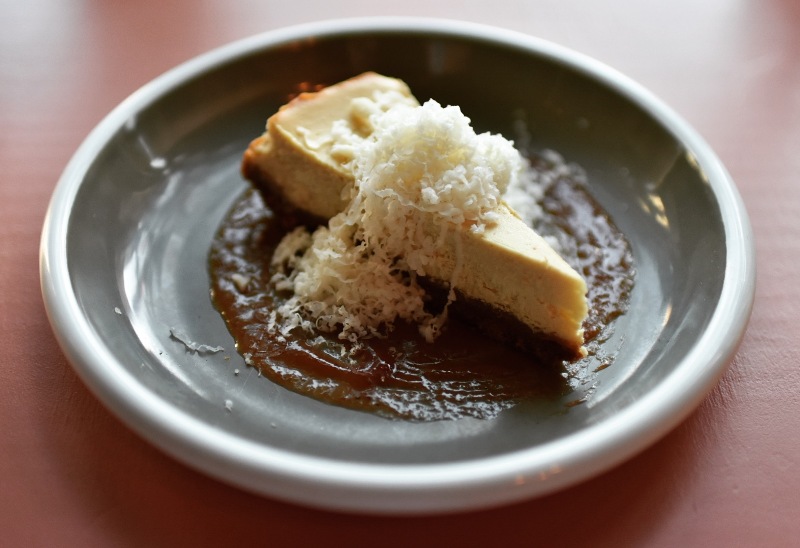 With menus that meet you more than halfway when it comes to brief snacks with drinks, or long meals into the night, the hours are all too easily whiled away here. It’s the best of all white-sanded, palm-shaded worlds at Pamplemousse. ■