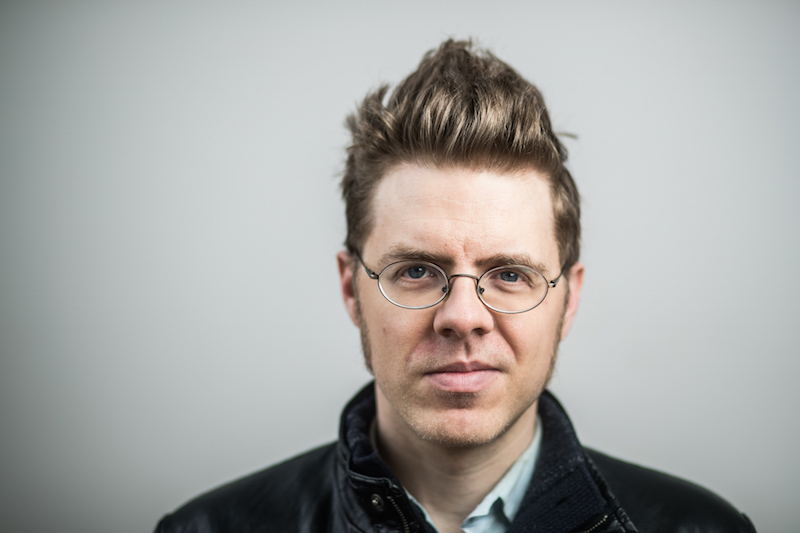 The genesis of the event was nothing more complicated than Cargnello reading about neo-Nazis mobilizing in Montreal and wanting to push back. When we spoke recently, he elaborated on that and went on to discuss action, activism and anti-fascism.

Dave Jaffer: MTL vs. RACISME was your idea. Tell me about it.

Paul Cargnello: This was an idea I came up with after everybody read in the news about the extreme right and the organizations that are trying to mobilize specifically in the Côte-des-Neiges–Notre-Dame-de-Grâce borough. I remember seeing all that news and obviously I was deeply affected; I’m deeply affected when it happens anywhere but when it happens literally down the street from me, it’s a little too close to home.

DJ: Literally too close to home.

PC: Quite literally. Anyway, I just had this idea of doing a sort of Rock Against Racism type thing. It was actually a post on social media. I was like, “Would there be any artists interested in doing a Rock Against Racism-type thing?” Just testing the waters. But the response was really quite overwhelming. Every once in a while, you come up with a good idea and you [can] see there was some void and some need for it, and everybody gets behind you, and I could tell this was one of those things. So I actually went with it; I took on the responsibility and organized something.

DJ: On Sept. 15, you’ll get all these people in the park, Rock Against Racism style. People will come out, people will play some music, people stand on stage and say this cannot and will not stand in our society, in our city and specifically in this borough. What’s the goal here? I know racism is bad. You know racism is bad. Racists know racism is bad. It’s a powerful political gesture, but I wonder what it is beyond that.

PC: Even if that’s all it is, that’s enough for me. I think right now we’re sandwiched between two things. It’s a weird time in NDG. Not only are people getting used to seeing neo-nazis jogging with swastika tattoos, but there was also a kid, a person who recently got shot by the police [Cargnello is referring to the fatal shooting of Nicholas Gibbs on Aug. 21 –Ed.] and the black community is angry. They’re upset. They’re distraught. And there’s also an election coming right after this concert. So even if it is just a statement, even if it is something that we just want to say as artists, I think there’s value in that.

DJ: What do you think has been happening in Montreal or at least your part of it where, as you say, there are people running around with swastika tattoos and there has been a mobilization of people with neo-Nazi beliefs?

PC: It’s a hard thing to grasp but I think that us in the more progressive side of things have been complacent. I think we’ve slept on a couple of things. I’ve taken a lot of heat for this show, actually; people have been criticizing me.

DJ: Wait, what? Who’s criticizing you.

PC: I’m not calling anybody out. What I’m saying is I’ve had discussions in bars. I have a pretty active social life, so I’ll go out and I’ll meet people and people will be like, “Why are you being so negative?” [or] “Why are you being so combative in the language?” You know, being “anti-fascist” or “against racism” or “anti-” this or “versus” that and “[how] the left is being just as hateful as neo-Nazis” by using that language.

PC: I mean, that’s what’s been happening. There’s been such an ideological shift to the right that people even think that the second you lean even slightly to the progressive end, slightly to the left, that you’re taking some extreme ideological position. And this is a really dangerous place to be, because we have people like the CAQ and François Legault and Ford Nation and the Trumps of this world who are actually gaining momentum. It’s a strange thing. I didn’t think that it was happening; I wouldn’t think that people are so simplistic in their view that they would be worried about being combative towards racism. I would think that this is not such a radical position to take. I actually think saying that you’re against racism is a baseline. I am a very radical individual, and this concert isn’t taking a radical position.

DJ: As a person of colour, this neo-nazi shit never really goes away. This stuff has been brewing for years.

PC: Bubbling in the back. And as it comes to the front, it starts to really, really scare the shit out of me.

DJ: I understand the “why” of MTL vs. RACISME. How about the “what” of it?

PC: It’s really just a party, and it really is just a celebration of diversity at its roots. There’s going to be a lot of different kinds of bands, it’s going to be really, really fun. It represents a huge part of the community. I wouldn’t be an activist if it wasn’t fun, either, so I’m trying to bridge those two things at the same time. ■