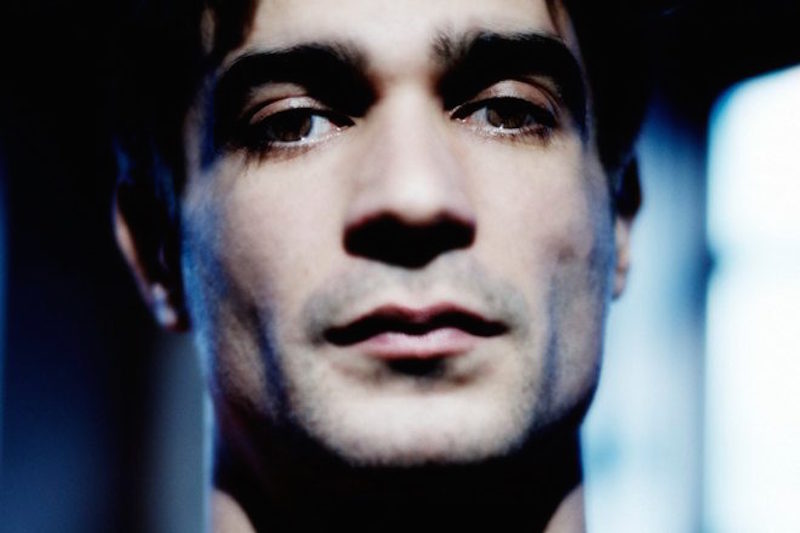 If you’re hoping to check out electronic artist Jon Hopkins’ return to Montreal this Saturday at Corona, I hope you have a ticket already, because it’s sold out. Not surprising, given the hype around his latest album Singularity, which seems to have sparked a lot of conversation around transcendental meditation and psychedelics, two things Hopkins has practised in the making of the record.

But it’s not just the talk surrounding Singularity, either: the album itself, when listened to loudly or with headphones, envelops you and can be something of a meditative experience. Just the mere act of immersing yourself in the album while shooing away any distractions can provide an hour of brain-feeding focus. In this day and age where so many are looking to practice self-care against a backdrop of distractions, Singularity has served as a beacon for those seeking a respite from the everyday cacophony.

In advance of his long-awaited North American tour, I caught up with Hopkins by phone at his home in England.

Erik Leijon: Given how you’ve talked about meditation and psychedelics in interviews lately, are you expecting a different type of crowd at these upcoming North American shows?
Jon Hopkins: It would be interesting to discover if that’s the case. The show, as it’s evolved, is still pretty upbeat. There are a few ambient moments, but I think if we get a few more new age or ambient listeners out, I hope they end up on the dancefloor, because it’s not exactly a chill out concert.

EL: Will there be a strong visual component with this show?
JH: The visuals are going to be quite important on this tour. I got heavily involved with the process, and I hired some really awesome artists and animators to make the visuals. Then I really tried to make sure they fit as well as possible with the music. We have this fully immersive show going.

EL: Why was it more important this time around?
JH: I don’t make visuals myself, but I worked with the directors, and I just think it’s an extension of the music for me. I have to guide the artists, especially when it comes to colours, because I always see every track I make in a certain colour, so I need to make sure the visuals match up with my head as much as possible. It makes for a more unified experience.

EL: I don’t meditate, but for me the most calming thing I do these days is try to listen to a new album from start to finish without getting distracted or looking at my phone while I do it.
JH: It’s really important that we set time aside to do whatever activity it is that we can really focus on and bring us into the moment, because we’ve created this world where there are mild distractions all the time. I feel like there’s going to be a satisfying backlash against these distractions. I’ve done a lot of interviews where people have expressed interest in meditation and it seems like there’s a move towards reclaiming our attention from people and companies that are trying to take it from us, and it’s really encouraging. It’s the only way to get things done. The only way to be truly happy is to focus on the present, and music can do that, or meditation, or exercise.

EL: A term that people use a lot these days is “self-care,” this idea that only you can do an action that’s good for you. Have you heard that term in relation to Singularity?
JH: I haven’t heard that term around the music, but I absolutely believe in that process. If everyone could sort out their own positivity, we could be in a different position globally. It sounds like a cliché, but change is something that starts within each person. You can be a part of that, and music is one way you can change the way you feel in a day. If it can do that, maybe it can change how you behave with people around you, and that has a positive ripple effect. It’s funny, this album has perhaps caught a wave of people interested in that, and maybe it’s the realization that there’s no one out there who will guide you towards looking out for yourself. You have to start with the desire to do it yourself, and it’s difficult to do, but once you start, that road is endless and really satisfying.

EL: Singularity also made me realize that a meditative experience doesn’t have to be quiet, since I like listening to it as loudly as possible.
JH: Absolutely — it’s not supposed to be an album meant to be listened to in the background. I always support people listening to music the way they want to, like if they want to put it in an ambient playlist and have it on in the background, but it’s meant to be loud. The first four tracks on Singularity are meant to be the more kinetic half of the album, and if they can make you dance, that could be considered a form of meditation. It’s not sitting still, but it’s about finding a flow within movement, and that’s one of the most ecstatic things there is. People might think meditation is about silence and trying not to think, but it’s really not about that. It can be anything.

EL: One of the most distracting things in my life is my computer, yet you write music using one. How did you stay focused while on your computer?
JH: It’s something unavoidable about making music using technology, but there are things that I do. My studio is about 20 minutes away from my house, and there’s no Wi-Fi in it, and there’s nothing on that computer apart from the software I use to write music. I make sure every hour or so I’m looking away from that screen, either going for a walk or doing some stretches or breathing exercises. If you sit there for hours and hours thinking you’ll have a break when you finish your next task, you’re adding to this pool of cumulative tension which will re-emerge at night when you’re trying to sleep. I find it’s important to check in with your body every hour or so to make sure you’re not going down that technological wormhole.

EL: Is consuming music a calming experience for you?
JH: I tend to gravitate more towards ambient and beat-less music, things I don’t do live. Touring and disrupting your sleep pattern is exhausting and has a deleterious effect on the body, so I tend to listen purely for relaxation and rehabilitation when I’m on tour. But if I’m at home for a long period of time, in the evenings I’ll start exploring for new music, and that’s a real joy.

EL: What will you be doing to stave off the effects of touring this time around?
JH: My touring manager and I have talked about planning days where we don’t drink alcohol. It’s so easy to slip in this trap of drinking every night, especially in North America with so many good craft beers. Over a tour that lasts a few weeks, it ends up being a lot, so if you cut down a bit every few days, it’s important. If I don’t drink the night before, I’m much more likely to exercise the next day. I always meditate, but there are other things for my body I want to do as well. It’s just little things, like maybe eating vegan for a day. It makes a big difference. ■

Singularity is out now. Jon Hopkins performs this Saturday at Théâtre Corona. The show is sold out.