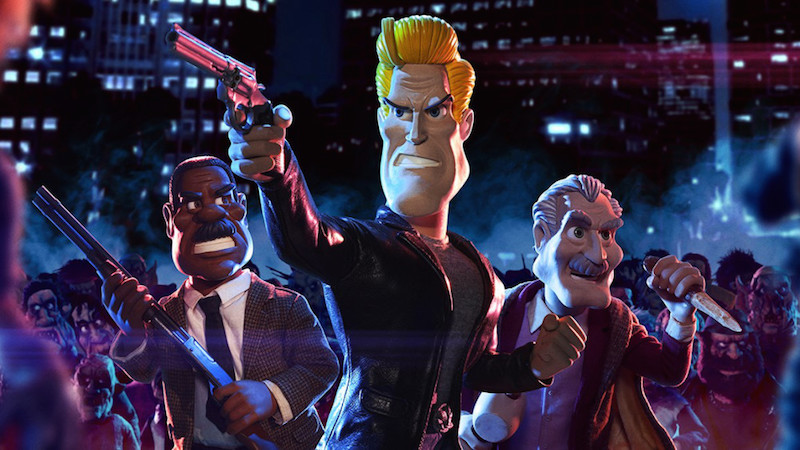 A still from Michael Mort’s Chuck Steel: Night of the Trampires

No matter how sophisticated computer animation gets, stop-motion animation will always have ardent fans. And why not? The form dates back to the 19th century and, despite the advent of more sophisticated animation techniques, is still widely utilized and loved by those among us who get creeped out by the uncanny valley.

Erik Goulet agrees, which is why the Concordia University animation instructor created the Festival Stop Motion Montréal a decade ago.

“I started the film fest to keep the passion alive for my students at Concordia and to enable them to see what was being done elsewhere,” he says, explaining how the film festival is only the first part of what he refers to as his “master plan.” The second? Making Montreal the film industry’s go-to city for stop-motion.

“Phase 2 is all about bringing production into town and for that, we need to showcase the talent we have. I always thought The Little Prince, directed by Mark Osborne, would be the movie to draw the attention we needed but it seems the agencies still have a hard time grasping what stop-motion involves in terms of talent, space, equipment and such. I guess we need to educate even more.”

Education on the form and information on the local industry are just some of the things on offer at the 10th anniversary of the fest, which runs Sept. 14–16. In addition there will be masterclasses, parties, screenings (including world premieres) and workshops for would-be creators of all ages.

Want to crawl before you walk? A free special “discovery program” exists to introduce people to the form, and all screenings will be appropriate for all ages and free of dialogue to afford everyone the same amount of accessibility.

“Everybody dreamed once, as a kid, that his or her toys would secretly come alive at night when everybody was asleep. Stop-motion for me is a tribute to that fantasy,” says festival programmer Dominique Côté, who met Goulet while studying at Concordia. A former volunteer for the festival, she currently works at TONIC DNA (formerly Studio Pascal Blais).

“I believe we do play [a part] at the moment even if it’s a small one. We do contribute to [gathering] the community and [allowing] artists to meet and facilitate connections at least once a year,” she says. “I regularly receive email from individuals or companies, all year long, that are looking for artists [from] as far [away] as studios in Vancouver. So we do our best to put Montreal talent up front.”

Here’s hoping they figure it out before too long. ■

The Festival Stop Motion Montréal runs from Sept. 14–16 at various locations, many of which are around Concordia University. Tickets cost $5–$10 per event, $60 for festival passes. Ticketing info and the event schedule can be found at stopmotionmontreal.com.