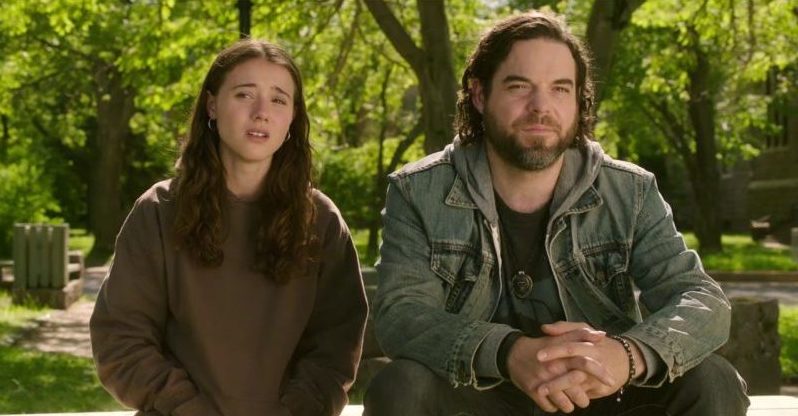 Celebrating their eighth edition, the Festival du cinéma de la Ville de Québec is still growing and each edition represents a small miracle of organization and outright hustling. It seemed appropriate that at one point during the proceedings, in a mock masse, we were urged to turn to the strangers around us to wish them a “bon festival.” If not a tribute to Christ, this gesture was an homage to the will of devoted film lovers who made the festival possible.

The opening film of the FCVQ was La disparition des lucioles, a bright pop-love-song about the Saguenay region. The third feature from director Sébastien Pilote, the film is about Léonie, a teenage girl who feels trapped in her small town. She lives with her mother and her new “stepfather”, a popular right-wing, anti-union radio personality. Her beloved father, a former union leader, works up north since they shut down the mill. While Léonie has no concrete plans for the future, she knows she wants to escape Saguenay as soon as possible. Striking up a friendship with an older guitar teacher who lives in his parent’s basement, over the course of summer, Léonie’s life changes drastically.

Fireflies are among the most sensitive insects to environmental changes. They are not only impacted by noise and development but light. As the film opens, a radio program ironically mourns the disappearance of fireflies by invoking the ancestor pilgrims of Quebec, who refused to develop the land so as not to disturb the bugs. Fireflies, in the case of the film, have a dual meaning illuminated before the screening by the director. The screenplay was inspired, in part, by the Italian word for Firefly which doubles as old slang used to refer to young women who served as ushers in old Roman cinemas, lighting the paths of people trying to find their seats.

Léonie burns too bright for her small town but is also so fragile that reality itself threaten to burn her out. She may put up a hard exterior, but her rage becomes a mask for her sensitivity. Without quite understanding the implications, she yearns for an old way of life, in particular, the old mill where her father worked. The tension between the town’s burgeoning development and its industrial past becomes an essential backdrop to Léonie’s own personal evolution.

So much of the film feels like a dream. The music, the performances, and the editing feel caught between the darkest part of night and dawn. While only a small fraction of the film is actually set during these hours, they dominate, overflowing with desire and freedom. The power of dreams in this narrative serves as a powerful inoculation against the mundane. 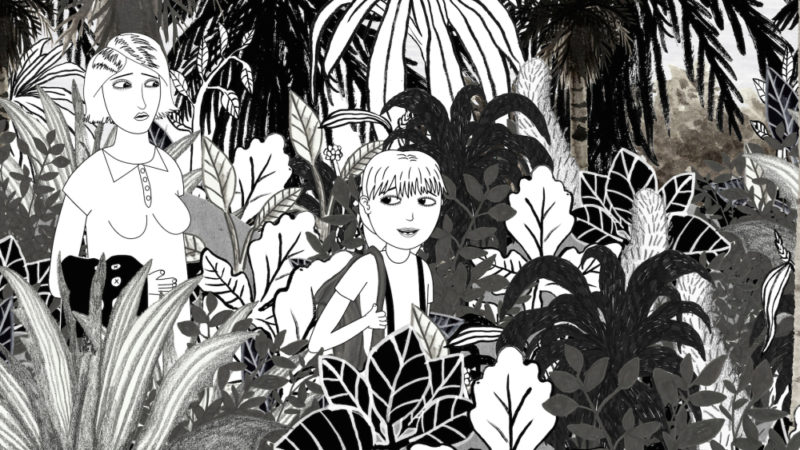 The first full day of films was similarly strong, though rarely reached the same ecstatic highs. Starting off with Virus Tropical, a Colombian animated film that opens with a thunderstorm that transforms into a parade of sperm, the treatment of memory came to the forefront. Virus Tropical is about the third daughter born to an Ecuadorian family. Based on the graphic novel by Paola Gaviria (credited here as Powerpaola), the film portrays the strange and magical realist years of her youth.

With strong, graphic black and white animation, which blends computer animation, rotoscoping and hand-drawn episodes, the film creates a rich and textured view of the 1980s in South America. A compelling narrative about families coming together and falling apart, the film also serves as a portrait of the growing Colombian drug trade, and its ravishing effects on the youth of the country.

The movie doesn’t hit all the marks though, suffering in particular from a lacklustre non-ending. Not having read the graphic novel I cannot comment definitively, but it feels like a beat by beat adaptation, which might be a great tribute to Paola Gaviria’s life but does not necessarily translate to effective screen pacing. While it is refreshing to see a film about a largely feminine family dynamic (one that often uncomfortably mirrors my own family life), the film doesn’t fully come together in the end.

Nearly every feature at the festival is accompanied by one or two short films, most of which are surprisingly strong, so much so that in the case of 306 Hollywood, both shorts that outshine the feature. 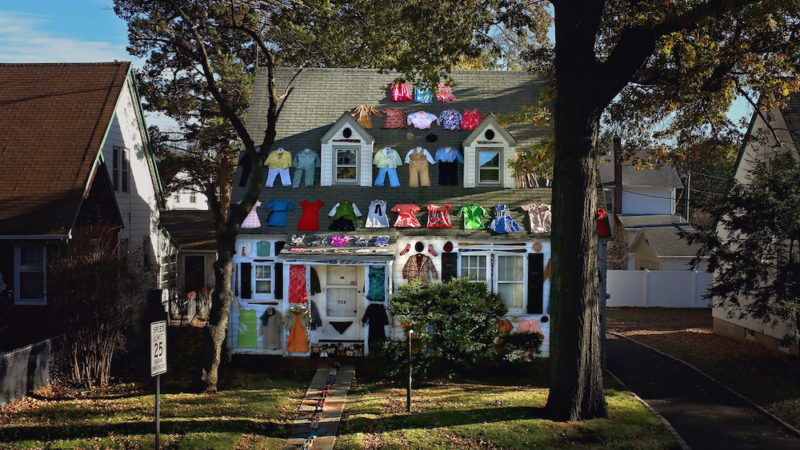 Both Stories about him, a Chinese animated documentary, and Canadian animated film, My Dad’s Porno Tapes, are about reconstructing the life of elusive patriarchal figures. In the former film, a young Chinese Woman tries to recover a portrait of her grandfather through her family’s memories. Crafted using mixed media techniques, it becomes clear that her family can’t even agree on their grandfather’s eye colour let alone whether he married their grandmother, or she was merely his concubine. The film takes us on a beautiful journey through memory and speculation, though we inevitably wind up back where we began, unsure we’ve learned anything at all.

306 Hollywood is similarly a reflection on memory and grief, as a brother and sister team try to recover their grandmother’s legacy shortly after her death. According to Jewish folklore, 11 months after death, the spirit might linger in the home. The pair convinces their mother to not sell the house and attempt to reconstruct their grandmother amidst a lifetime of collectibles, archival material and junk left in her home upon her death.

If the film gets one thing right, it is that it is impossible not to fall in love with their grandmother. She comes to life in a variety of tapes they made before her death. She is a vibrant, hilarious and forceful presence: you want to know everything about her, you feel the strength of her presence and the depth of her loss. Unfortunately, the pair of filmmakers are clearly some of the world’s biggest Wes Anderson fans in the world and I don’t use this term lightly, but this movie is way too twee.

It’s so twee there is a whole passage in which they “find” a giant wooden telescope that might as well have been papier maché, because why not, and use it to “look back into the past.” So much of the film is effective, so relying on these cute touches feels inorganic and downright silly. These incidents overshadow what does work in the film like their colour and function coded collections of her objects and a multitude of interviews with archivists, fashion historians (their grandmother was a fashion designer) and philosophers, who all add crucial points to the idea of memory. It’s just a shame that so much of this is drowned out in the service of cuteness.

Among the better sequences of the film, was the idea that a place can speak to different eras at once. Using the example of Rome, where at nearly any place in the city you can look around and see the reflections of the ancient, medieval and modern world all at once – the idea that a cross-generational home can hold the same experience felt rather poignant. As seen in a festival located in one of the few North American cities where that experience can similarly be evoked, it was a rather fitting selection. 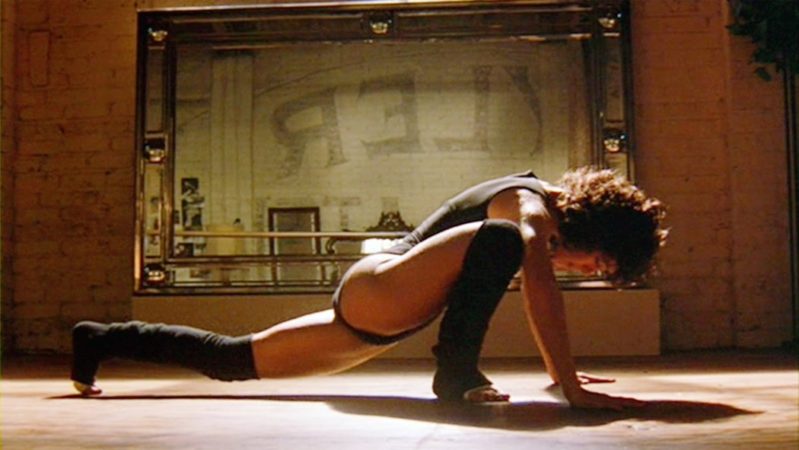 Finishing off the evening with an outdoor screening of Flashdance in the historic Place D’Youville, was a nice come down from a day of eclectic and often personal filmmaking. Every night an older film is screened here, free for the public. Never having seen Flashdance, my first-time verdict is that it is blindingly electric during the dance sequences but limp and disturbing otherwise. Why are we supposed to think a forty-something-year-old divorcee wooing Jennifer Beals is meant to be sexy or romantic? Even characters in the film joke about it. Still, as the last remnants of summer hold on for dear life, watching a movie in the shadows of the old city, was a fantastic and humbling experience. ■

The FCVQ runs through to September 22nd.