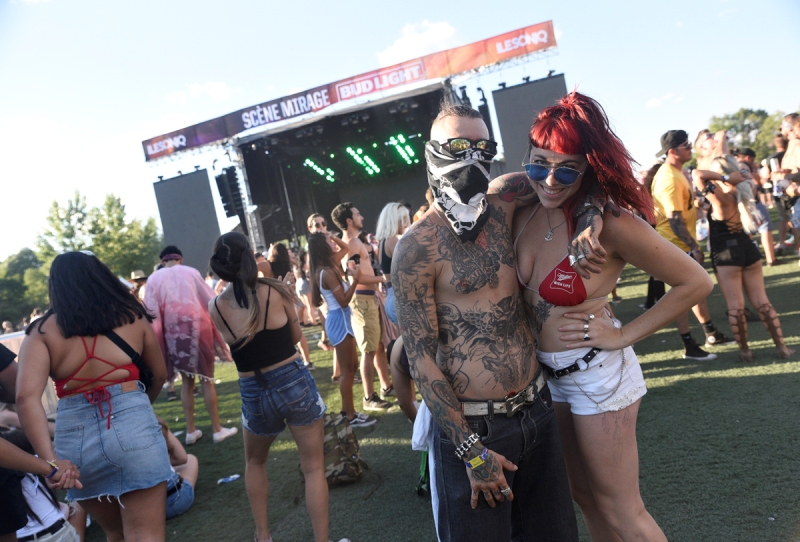 If you rode the metro this weekend chances are you spotted one of the thousands of EDM enthusiasts heading to Parc Jean-Drapeau for the ÎleSoniq music festival. You probably didn’t even have to ask to come to this conclusion; the giveaway is the signature festival bracelet, the universal symbol of day drinking and dancing. But even before that you might’ve done a double take at the sight of massive amounts of glitter, neon fanny packs and enough spandex to clothe an ’80s aerobics class 10 times over. Nothing says TGIF like a Berri-UQAM garbage can overflowing with crumpled cans of Palm Bay at 2 p.m.

All cynicism aside, after exiting the metro station, passing the first paramedics dispatched to treat the first victim of the weekend, and making it through security, the atmosphere quickly shifts into weekend-mode and the excitement sets in. For the massive crowd in front of me, the long walk to Ile Notre-Dame quickly turns into an excited skip and the first Instagram stories are successfully posted. A seasoned festival-goer I spoke enroute to the entrance described this moment as “coming home,” before triumphantly posing with a friend in front of the main gates of the festival.

Having never been to ÎleSoniq, let alone any EDM festival before, I felt strangely underprepared and overdressed – pants were a rarity. I found myself squarely in the middle of a foreign rave culture and I was curious to see what it was all about. 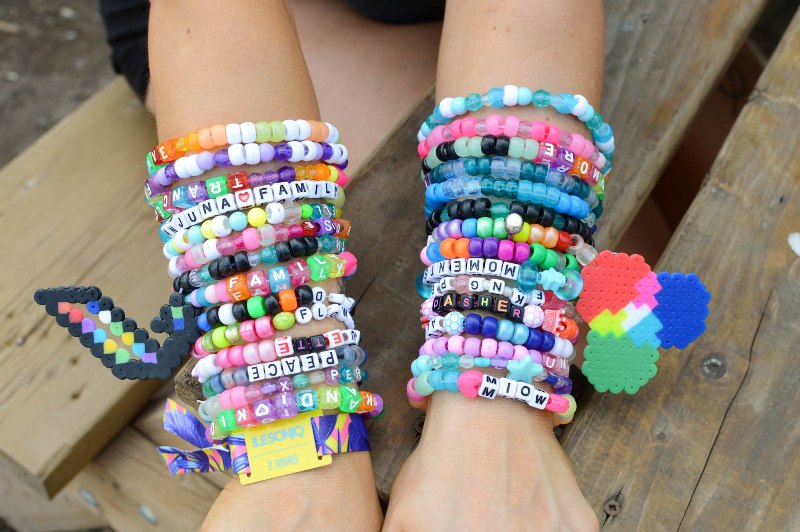 Drinking starts early and does not stop, much like any other music festival that begins in the early afternoon. The average drink costs about $8, and a lukewarm tall boy of Palm Bay seems to be the signature drink. On this little island, prolonged intoxication is truly a financial commitment and suddenly I have a new respect for the metro pre-drinkers who have come prepared to save money. Day drinking is a marathon, and judging by the early deployment of medics outside station Jean-Drapeau, some do not pass the first checkpoint.

And then there are the drugs; not an essential aspect of the experience but definitely deeply intertwined into rave culture. The frequent sight of jewelled pacifiers strung around the necks of festival-goers are both a fashion statement and a safety precaution. To ÎleSoniq’s credit there is a kiosk near the entrance with information and resources for safer drug consumption. GRIP (Groupe de Recherche et d’intervention Psychosociale) is a non-profit organization that takes a harm-reduction approach to substance use at music festivals – people are going to do drugs, so why not give them every opportunity to do it in a safer way? GRIP has been at ÎleSoniq since the beginning and for good reason: GRIP reports the in the past year over “1,800 direct interventions were carried out and more than 2,000 condoms, more than 1,100 less risky consumer kits and 2,465 preventive cards were distributed free of charge.” Among these resources are pamphlets about “Safer Snorting” and instructions on how to use a drug testing kit.

Judging by past iterations of the festival, ÎleSoniq used to welcome a variety of hip hop, electronic and EDM artists, though now the line-up is almost exclusively EDM as the other genres have made their way further into the mainstream and into the Osheaga line-up. Nonetheless, the growth of festival attendance since its inception proves that the audience is showing up and with a renewed enthusiastism for this year’s headliners Diplo, DJ Snake, the Chainsmokers and French Montana. 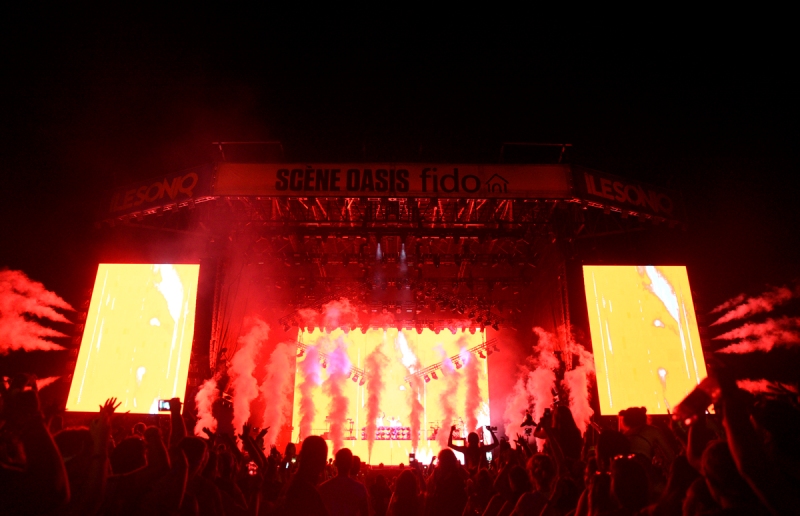 The Chainsmokers. Photo by Cindy Lopez

At this point I could try to describe EDM, but as a non-expert I think I would grossly over or under-complicate the genre. But I will say that there were rarely breaks between artists or even consecutive songs. Before anyone really had the chance to catch their breath the beat had, once again, dropped. In hindsight what I admire most about the dedicated festival-goers is their impressive stamina. The dancing never ceased, whether in line for the ATM or eating a poutine or exiting a porta-potty, the bouncing continued. In fact, one of the three stages is equipped with a bubble wrap-like floor, made up of plastic air pouches allowing for maximum bounce, minimal impact.

And then there’s the festival fashion. A tent housing the Kandi Konnection was crowded at all times, where people swarmed over tables of plastic beads to make chunky neon bracelets that spelled things like “FAMILY,” “WEED,” “PEACE,” and “FXCKED UP.” A woman with a sleeve full of assorted beaded bracelets extending up to her elbows informed me that peace, love, unity and respect (PLUR) is the rave philosophy and it is best expressed through exchanging the DIY bracelets. There are the classic fanny packs, albeit worn the way they were designed to be worn (around the waist), contrary to the cross-body street wear trend going on right now. There is also a noticeable presence of Hawaiian shirts, braided hair caked in glitter down to the scalp and fishnets in lieu of most other clothing items.

Two days and a mild sunburn later, I feel like I’ve come away with a more nuanced view of something I initially wrote off. Festivals like ÎleSoniq and the rave culture they facilitate certainly have their flaws. But there is also this pervasive optimism and openness that seems to be really genuine throughout the experience. People wear the clothes they could never incorporate into a 9-to-5 lifestyle. They dance like no one is watching — in front of hundreds of people at a time. They wear matching outfits and hold hands and hug and kiss their friends. Of course the drugs and alcohol deserve much of the credit for creating this kind of atmosphere, but I have to think that rave culture, the trance-like music, the costumes and the unspoken code of conduct to let loose and have a good time is what keeps people putting glitter in their hair and returning to ÎleSoniq year after year. ■