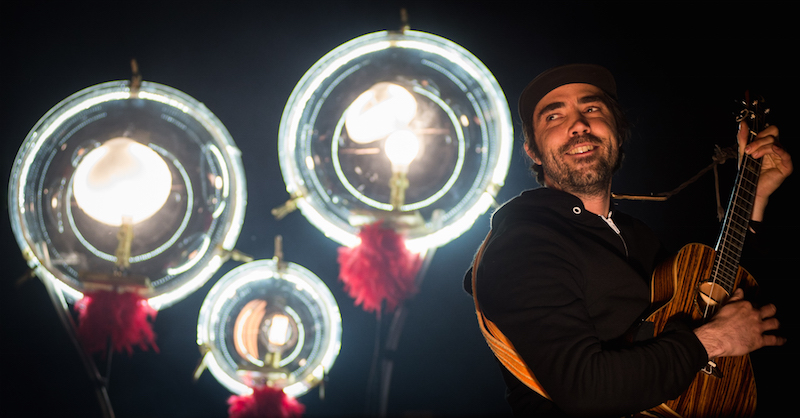 Labour Day weekend is creeping up, and with it, FME: Festival de musique émergente. While leaving the friendly confines of Montreal to venture up to Abitibi-Témiscamingue isn’t what I thought I’d be doing this weekend — I’ve opted out of attending shows at Bar le Ritz PDB because of the “distance” — the prospect of discovery is too sexy to pass up.

Put plainly, I’m going to FME because I have no idea what FME is going to be like.

What I do know is that there were 15 editions of the fest prior to this year’s edition. Moreover, I know that a music festival in a pretty remote location — Rouyn-Noranda is a seven-hour drive from both Montreal and Toronto, and a 10-hour drive from Quebec City — doesn’t get to a 16th edition without creating something worthwhile.

Another thing I know is that the line-up is solid as hell, boasting the likes of Hubert Lenoir, Loud, Galaxie, Random Recipe, Alexandra Stréliski, Basia Bulat, Yamantaka // Sonic Titan and the triumphant return of Karkwatson — Karkwa and Patrick Watson. (Astute CanCon heads will notice how many members of that group have been shortlisted for and/or won the Polaris Music Prize.)

“It’s a fantastic festival,” says publicist Danny Payne, who has worked with FME on and off since 2011. “[The organizers] do everything with such passion for their festival and for the town itself that while you’re there there’s a feeling that you’re not simply attending a music festival but you’re part of something very special.”

Festival programmer Pierre Thibault credits FME’s enduring success to its consistent bent towards newness and reinvention. “After 15 years, the big deal for us is to do a brand new thing,” he says. “This year, we are pretty proud of some long-shot [bookings like] Yamantaka // Sonic Titan.”

Thibault also notes that the festival would not be nearly as relevant without the significant buy-in from its local audience; in contrast to its early years, the majority of recent FME attendees have been locals.

Those of us from “outside” may need a refresher course on the area, particularly in regards to its climate given that a few of the fest’s main events are outdoors.

“In Rouyn-Noranda [at] that time of the year, it’s a big bet,” says Thibault. “It could be, like, three degrees or maybe 25 degrees. We rolled the dice this year [and are doing] three main events outside.” ■

FME is on from Aug. 30–Sept. 2 in Rouyn-Noranda, Quebec. For more info, visit the festival’s website.