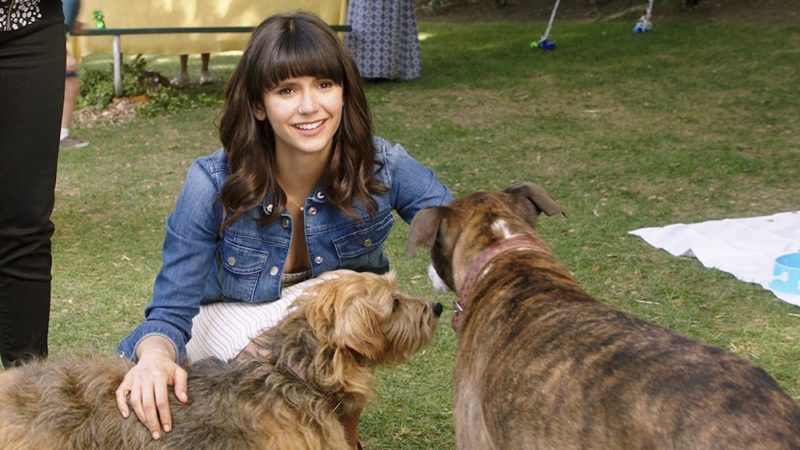 Clearly intended as a kind audiovisual ambient, Dog Days aims for a blandly and harmlessly low bar. A multi-story “comedy” in which a variety of non-stories are tied together by different canines, the film stars Tig Notaro, Eva Longoria, Rob Corddry and Vanessa Hudgens, among others. While not aspiring to be anything but fluff, the movie’s aspirational gloss and awkward non-conflict only work towards creating an atmosphere of unintentional anxiety. Crawling with awkward tonal tensions and nonsensical pacing, Dog Days doesn’t even succeed in being numb. Walking out of the cinema, you feel rattled, as if you just watched a film made by non-humans approximating the experience of personhood after watching daytime soap operas and some cute pug videos on YouTube.

While largely without significant conflict, most of the characters operate constantly within that strange atmosphere of unease right before you get a panic attack. Their lives are not necessarily in chaos, but they seem to live in constant fear that reality itself will peel apart. Reality itself is tenuous, as everyone seems to be living extremely expensive lives. Even characters who we are meant to believe are coffee shop baristas or unemployable musicians live in huge, impeccably designed lofts and wear perfectly tailored designer clothes. It often feels as though the characters are aware they are living in the Matrix, and they’re a red pill away from crawling out of a gooey robot fallopian tube.

Each scene seems to end a few seconds too early, creating a strange whiplash as we transition from one storyline to the next. While sometimes effort is put into connecting disparate storylines, usually, the experience feels random at best. In the age of “Save the Cat” screenwriting, it is dispiriting when a film just rejects all sorts of narrative cohesion or evolution. When you are desperate to escape from a film, this contributes to the feeling that you are living in an interminable limbo, aching for each storyline to reach its obvious but somehow unnatural conclusion.

The movie has some good moments. The gag of playing the Schindler’s List soundtrack at a baby shower is funny. There is a Chihuahua who has to wear a helmet — her name is Gertrude — and I love her. Ron Cephas Jones, best known these days as the grandfather from This Is Us, gives an impeccable performance. His scenes with Finn Wolfhard, the kid from Stranger Things (and Calpurnia), are the only ones that are not eye-gougingly bad.

It’s rare to walk out at the end of a film just wishing the movie didn’t exist, but that’s the kind of feeling I got stepping out of Dog Days. It features a lot of really cute dogs and many great actors and is wholly pointless. It’s completely unclear who this movie is meant for. It seems the intention is to go for the middle ground of trying to create a film for any person who has ever had a positive experience with a dog, which is fine, but again, pointless and poorly articulated. ■