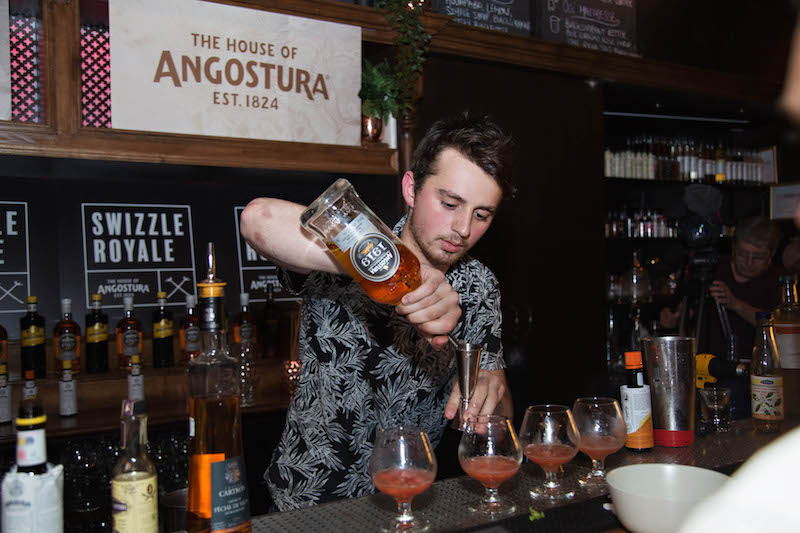 While a cold beer will probably always be the go-to summertime thirst-quencher for Montreal bar patrons, a well-made cocktail is an equally enticing option. This city is spoiled for choice when it comes to good cocktail bartenders, and last Sunday night I was treated to a show by some of its very best.

For reasons passing understanding, I was one of the four judges for the local leg of the Angostura Bitters x Swizzle Royale competition at Bar le Lab. Cocktail crafters from some of the city’s best establishments — including Coldroom, El Pequeño, Atwater Cocktail Club, Bar George, and of course le Lab — were on hand to go head-to-head in a pretty spirited contest. (Yes, I should be sent to prison for that pun.)

When all was settled, Sergerie was the deserving — and surprised — winner. 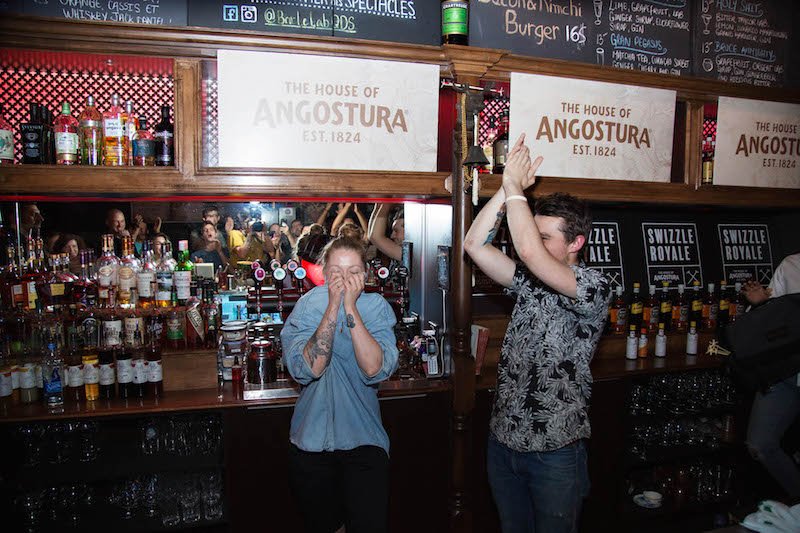 I chatted with both finalists after the competition with one question in mind: where should Cult readers visit for a perfect late summer cocktail?

Dave Jaffer: Nico, you work at Coldroom and El Pequeño.

DJ: What are the best drinks at both of those places, in your opinion?

NA: When you go to the Coldroom, you try the Duck. The Duck is a beautiful, old-fashioned drink with whiskey, Amaretto, Suze, and some duck bitters.

DJ: How do you get duck bitters?

NA: Ask for the daiquiri. You’ll get the most perfect daiquiri ever.

DJ: If you weren’t allowed to drink in your bars, where in Montreal would you go for a cocktail and what would you have?

NA: Usually what I do is I come to le Lab and what I order is ginger beer with Calvados. It’s like a Moscow Mule but with apple brandy.

Elise Sergerie: I feel really good about myself right now!

DJ: You work at Bar George. For people who go to Bar George, what’s the drink to have?

ES: Bar George is all about the customer experience. People come in, we have a set cocktail list, signature cocktails, but I tell people [it’s] just a guideline; think about what you like — sweet, sour, aromatic, or more tangy — and we can develop from there. There are a lot of classic cocktails and we know all of them.

DJ: Where would you go for an after-work cocktail if you couldn’t go to your bar?