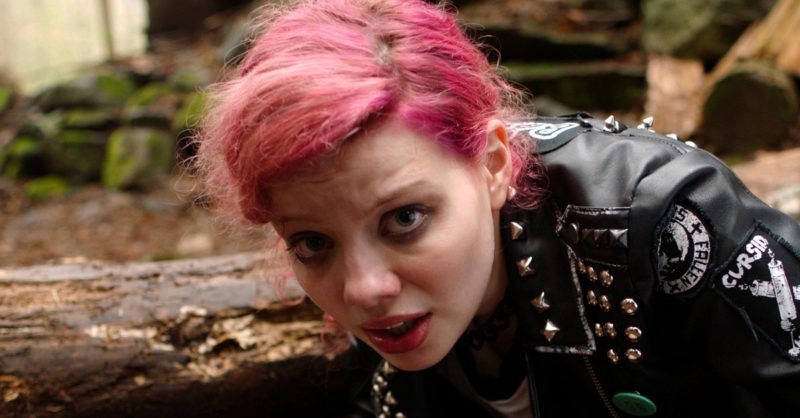 It takes some amount of chutzpah to attempt a “punks-in-peril” movie so soon after Green Room, which more or less represents in my mind the apex of genre cinema in the last decade. As it turns out, the similarities between that film and Jenn Wexler’s The Ranger are more or less superficial. Both centre on a band of punks caught in a murderous game of cat-and-mouse, but The Ranger takes inspiration chiefly from classic slashers. What it lacks in originality it makes up for with dynamic energy.

After getting shaken down by cops and not-so-accidentally shanking one of them, five punk kids head to a national park where as a child Chelsea (Chloe Levine) once spent summers with her uncle (Larry Fessenden) who died tragically under mysterious circumstances. The idea is to hide out in the woods until they figure out their next move — not knowing that a psychotic ranger (Jeremy Holm, in psychotic Bruce Campbell mode) who has been obsessed with Chelsea since childhood still dwells in them hills.

Suffice to say that The Ranger doesn’t really deviate from the norm in any meaningful way, but it represents a pretty efficient method of delivering familiar throwback thrills. Props to Wexler for choosing to set the majority of the film in daylight, steering it away from the familiar crutch of crouching your lack of budget in the shadows to avoid detection, and particular props to Levine for managing to imbue her character with lots of soul and weight considering the film’s short running time and general adherence to slasher rules. These kinds of movies are more popular, accessible and plentiful than ever before, and it can be difficult to set yourself apart — while The Ranger isn’t exactly transcendent, it certainly works. (Alex Rose) 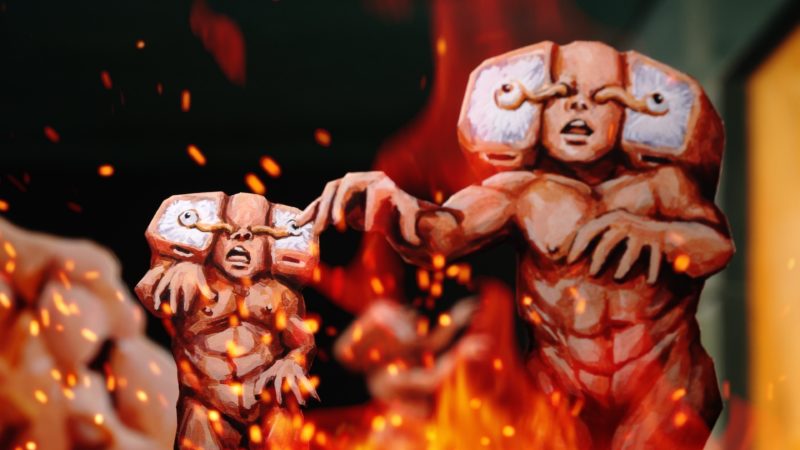 A strangely animated body-horror update on Hansel and Gretel.

Out in rural Japan, American kid Bobby and his loyal friend Akken head out on what seems to be a charming adventure! Crossing the mountain to visit their friend in another village, they soon find a hidden “hands-on amusement park” called Violence Voyager. The young boys decide to visit, being too young to understand the park’s name is in fact quite sinister (despite also being rad). They have no idea what’s lurking within or the horror about to befall them.

Forgoing traditional animation, writer-director Ujicha tells the story through “gekimation,” where characters are actual cardboard figures moving like puppets across illustrated backgrounds, photographed like real sets. The entire world of Violence Voyager is painted to resemble a Hardy Boys book cover, conveying a nostalgic sense of children’s adventure. As a bonus, the tangibility of gekimation makes the integration of smoke and liquids feel like otherworldly special effects. Blood spurts and dripping goo attacking the characters’ paper forms almost feels nauseating at times.

When Bobby and Akken’s odyssey through the park descends into harrowing trials of body horror, it feels profane that these ’70s-illustrated heroes should suffer through this.

Violence Voyager opens with its heroes discussing the awesomeness of their own school arts and crafts projects and, in a way, they’re right. An off-putting horror fable becomes strangely compelling thanks to an experimental, hand-made presentation. (Yannick Belzil)