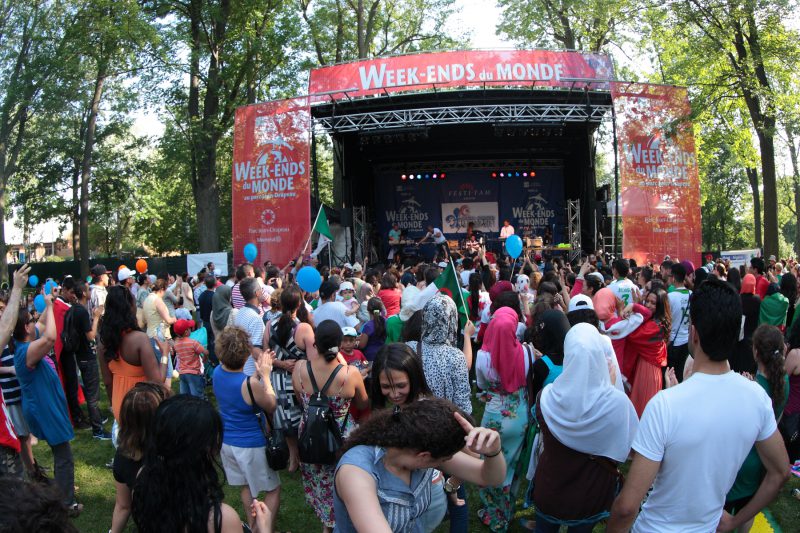 Alongside their Week-Ends du Monde programming (which will showcase Colombian, Tunisian and Brazilian culture today via live music, dance and more), Parc Jean-Drapeau will screen the World Cup final between France and Croatia — exactly where the screening will be held is unclear, though it’s almost surely on Ile-Notre-Dame as Ile-Ste-Hélène is under construction. (Look for signage when you exit PJD metro.) Parc Jean-Drapeau, 10 a.m.–2 p.m., free

Whether or not you’re limbering up for the mega îleSoniq dance party happening at Parc Jean-Drapeau on Aug. 10 and 11, îleSoniq en ville brings similarly flavoured beats and bass to Mile End’s Aire Commune. The DJs are Gryffin, Party Favor, Grandtheft, Musik Me Love and a secret special guest. Outside 5705 de Gaspé, 3–9 p.m., free

Spend your Sunday at Alexandraplatz Bar with Lez Spread the Word, an organization that supports lesbian communities in Quebec, where they host an afternoon of live music courtesy of DJ SUNSET. 6731 l’Esplanade, 4 p.m., free

Billy Wilder’s classic 1959 comedy Some Like It Hot — one of Marilyn Monroe’s better movies, with Jack Lemon and Tony Curtis (who famously said that kissing Monroe in the movie was “like kissing Hitler”) — kicks off this year’s Films noir au canal screening series. (This movie is more “film noir et blanc” than film noir, but we’ll take it.) The screening will be preceded by a performance by the Ukulélé Club de Montréal at 6:30 p.m. St-Patrick & Pitt, screening at 8:50 p.m., free