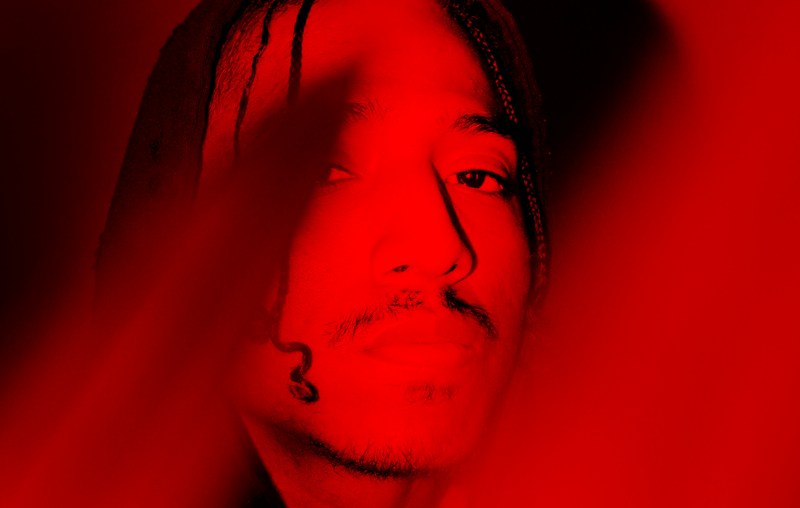 Beach Boy Brian Wilson famously penned the classic “I Know There’s an Answer” on the group’s milestone Pet Sounds record, but creative differences with frontman and noted douche Mike Love — who wanted to continue to champion surf boards and muscle cars and hated the music that was about to help reinvent the sound of rock ’n’ roll — forced him to change its original title, “Hang on to Your Ego,” a reference to the psychedelic phenomenon of ego death, wherein one at once loses and rebuilds their inner-self by casting a different light on how the mind interprets itself.

Kris the $pirit is not rap’s Brian Wilson. His band, local hip hop upstarts the Posterz, are not the hip hop Beach Boys. And his first solo LP, the Bonsound-released Spirit Mode Vol. 1, is only an introduction to what amounts to a four-part anthology of completed albums which will all see the light of day in very short order.

And though the band, who have seen success together and apart, have had creative differences, the Southwest-raised talent says he simply holds his own when working solo because that’s what feels right. In other words, it’s not ego. Like our presence as people, it just is.

“I can only speak of my own experience of what ego death is to me,” says Kris. “For me, all of us are our egos, walking around, right now. It’s not arrogance or confidence, it’s who I am as a person, Christian Gordon.

“I would experiment with psychedelics because I didn’t like who I was as a person and I want to wipe that shit out. I was like, I’m a real fuckin’ piece of shit. I hurt everyone around me. I don’t like how I talk. Even now, it comes back to you. You can never really escape who you are. But when you’re on psychedelics, that’s gone. A lot of people try to stick with their ego under those influences but you can actually completely detach. I meditate a lot when I use psychedelics, and hearing those egotistical thoughts come in my head, I’m like, ‘Ugh, that’s wack.’ You see your flaws and you can change it because you see it from your higher sense.”

While Spirit Mode Vol. 1 and its immediate successor, the very-soon-to-drop Prana LP, are by no means simple drug rap compilations, Kris’s vision for breaking through without his band (and without relying on his past successes) feeds the concepts and the narratives he has crafted.

“Each project has its own vibe of how I was doing in life at the time,” he explains. “Spirit Mode Vol. 1 is, like, samples of me. Here is what I do.

“On The Prana LP,” he continues, “a lot of negativity was happening, people underestimating me. You’ll hear it in the project — it’s darker.

“And Spirit Mode Vol. 2 is happier. I feel like I’m doing stuff in life, not only with music, but just doing better, healthier, stronger. You can’t fuck with me right now. You hear that start at the end of Prana. It all connects, it’s like a conversation. I’m trying to put it out in the right way so it makes sense.”

Like Husser, his rhyme partner in the Posterz, Kris’s solo take on hip hop stands apart from his band’s already forward-moving sound as a collective.

“(Producer) Rob Mill is my guy at the helm because I’m not very technically sound at producing, but I can build a beat,” he says. “He’ll do the drums for me and then I’ll come with a melody or do the keys myself, and he’ll add his touch. Sometimes he’ll have the whole beat there for me ’cause he knows what I like at this point. On the next project you’ll hear more of my production, like almost every track has my touch by hand.”

And where the Posterz have been more recognized by U.S. labels and fans than damn near any English-language Montreal hip hop act in history — the band went as far as meeting with Def Jam and Atlantic before taking time to focus on individual projects — Kris says that his identity as a Montrealer means more to him than any notion of being the first big thing out, or becoming the city’s most celebrated son in hip hop.

“This city made me like this,” he says with great spirit. “I grew up in the poorer neighbourhoods, I grew up broke as fuck. I went to James Lyng high school and lived in the poor, English (Southwest) communities with the poor black kids, the poor Irish kids. I grew up with racist kids who were my friends. I was selling dope, clothes, whatever — we couldn’t get jobs ’cause we don’t speak French.

“And I like that I’m from Montreal. It made me like that and it made the music how it is. I don’t need to put it on my back, but if that’s what ends up happening, then let’s do it.”