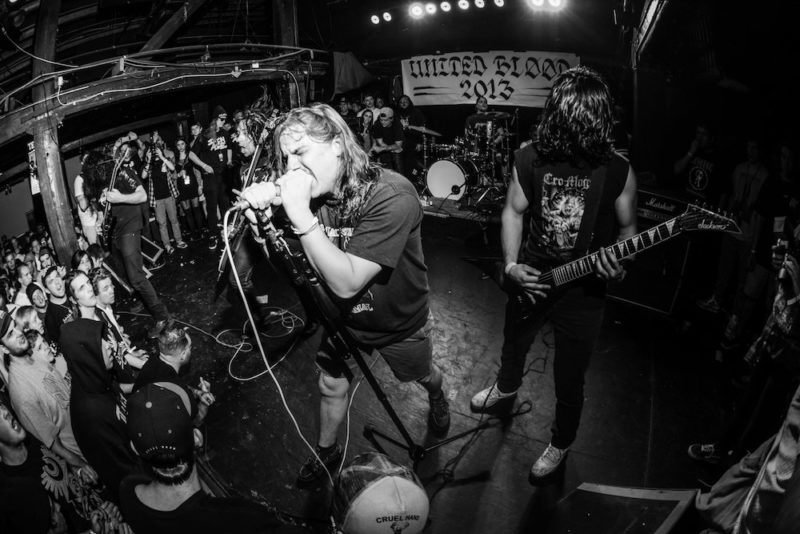 After a one-year hiatus, Heavy Montreal has regrouped and made a pretty respectable stab at a solid metal festival line-up, or at least a selection of choice offerings spanning doom, thrash, black metal, death and grind, against an indifferent nu-metal background of clean singing, breakdowns and rap-rock which will go quite undiscussed here.

Chief among the weekend’s attractions are Emperor (Saturday 8:25 p.m.) and Sleep (Sunday 5 p.m.) — two bands that could not be more different save that they both play something arguably called “metal,” and are universally considered to be foundational, genre-defining acts that have only released about four LPs each since 1991, almost three decades ago. But for an onslaught of blackened blasting symphonic lunacy, or a plodding cannabinoid descent into the riff-filled land, look no further.

Filling out what one might call the middle ground between black and stoner metal, on Saturday it’ll be worth hauling your worthless ass down to Jean-Drapeau in time to catch the soaring melodic doom of Pallbearer (1:30 p.m.), followed by Black Dahlia Murder (2:40 p.m.), who are one of those very rare bands that can churn out album after album of consistently blistering death metal without either growing stale or succumbing to the temptation of ill-considered “innovation.”

On Sunday afternoon I recommend checking out Power Trip’s pummelling thrash-cum-New-York-City-neanderthal crossover jams (2:40 p.m.), and the gut-rending, guttural churning of Necrotic Mutation (7:30 p.m.), an almost-forgotten occult relic of the late-‘90s Rimouski death metal scene (you may be forgiven for not knowing such a thing existed).

Finally, that Napalm Death (sat 5:35 p.m.) and Voivod (Sunday 4:05 p.m.) are must-sees should go without saying, but as far as totally credible exceptions to my pretentious genre-puritanism go, I can think of no better way to wind up a weekend of heavy metal sweat, sunstroke, and shredding than the darkly throbbing, satanic-Tangerine Dream synthwave of Perturbator, who will be closing out the fest in the uh, haunted Bacardi Forest at 9:30 p.m. Sunday night. Hails. ■

Heavy Montreal is happening on July 28 and 29. See the complete program and ticket details here.