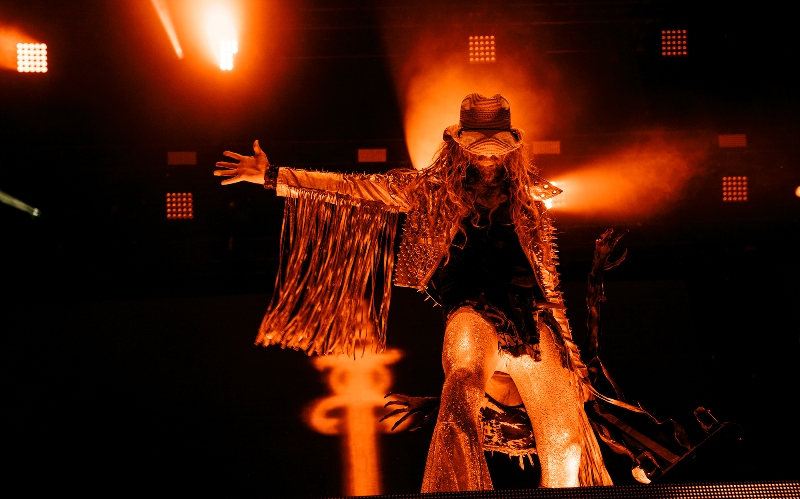 Leading up to Heavy Montreal every year, I attempt to anticipate as much as possible the themes and turns of phrase that will form the basis of my article, as a sort of insurance against the inevitable softening of the brain that results from a weekend of wind-milling and mainlining Coors Lights in the direct merciless sunlight. Such plotting in advance provides a helpful skeleton upon which to hang one’s impressions (quite unlike our literal skeletons, which are sources of nothing but misery and embarrassment). 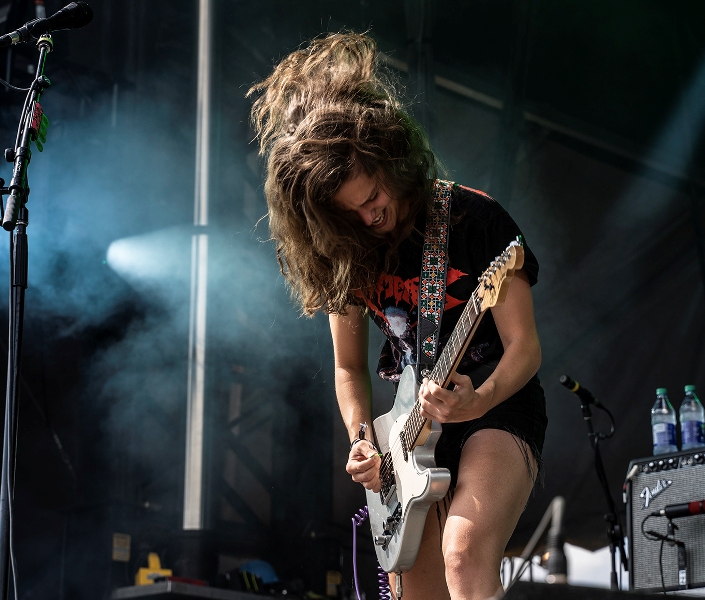 This year I had been tooling around with a “Dracula’s Pajama Party”-type riff, or something like a “Frankenstein vs. Dracula” bit to play off the former, now-quashed feud between Rob Zombie and Marilyn Manson. I figured I could get some mileage out of contrasting a decadent, dissipated, aristocratic Manson — a sort of Jean des Esseintes elitist occultism — against Zombie’s more rootsy, populist, rock ‘n’ roll hellbilly persona. Class war in the underworld, if you will. 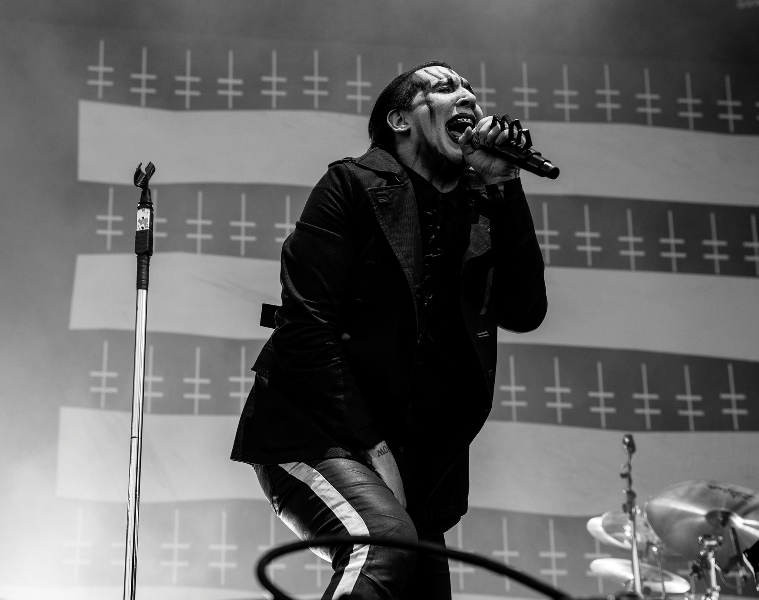 However, as is often the case, lived experience often confounds one’s designs, and in the end the analogy didn’t take. For in the approximately twenty years since I have paid attention to either artist, Manson’s presentation has toned down to more of an angry, sporty mall-goth aesthetic (still with a dose of Fascist chic, that becomes less edgy as global politics slide ever Rightward) and Zombie has gone full necromantic glam, more Satanic Stevie Nicks than the exhumed carnival barker of old. What is more, there was no backbiting, no tantrum-throwing, Manson actually showed up and performed a full set against the expectations of most, and everybody seemed to have a good time. The twins of evil reunited, the family restored, the rock expertly delivered but ultimately shockless. 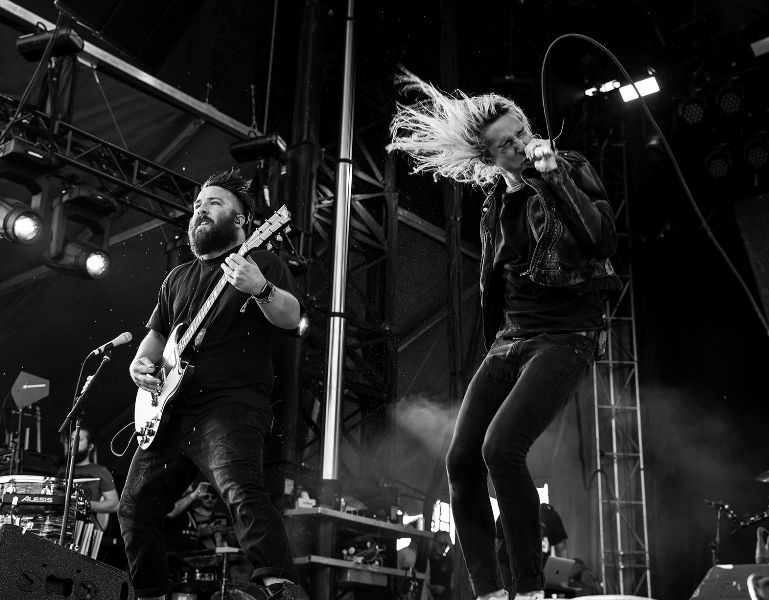 Off the main stage, however, a whole other sort of witchery was afoot. Throughout the day their presence was palpable, if subdued; a whole swathe of festival-attendees who, the motley interests and expressions of the metal community aside, nevertheless seemed vaguely apart and ill at ease, lurking in the shadows, exuding a weary contempt for their surroundings. Waiting. As dusk began to settle they congregated, and the field before the Scène de l’Apocalypse became a black forest of Emperor shirts at various stages of wear and decay. A forest waiting, watching. As they gathered another change was taking place; a deepening gloom, a rumble in the distance, the sun growing furtive as if cowed by the coming dusk. As if night was not brought by the absence of light but by the triumph of darkness. All around, worry clouding the faces of festival employees and the eager anticipation of the gathered devotees. 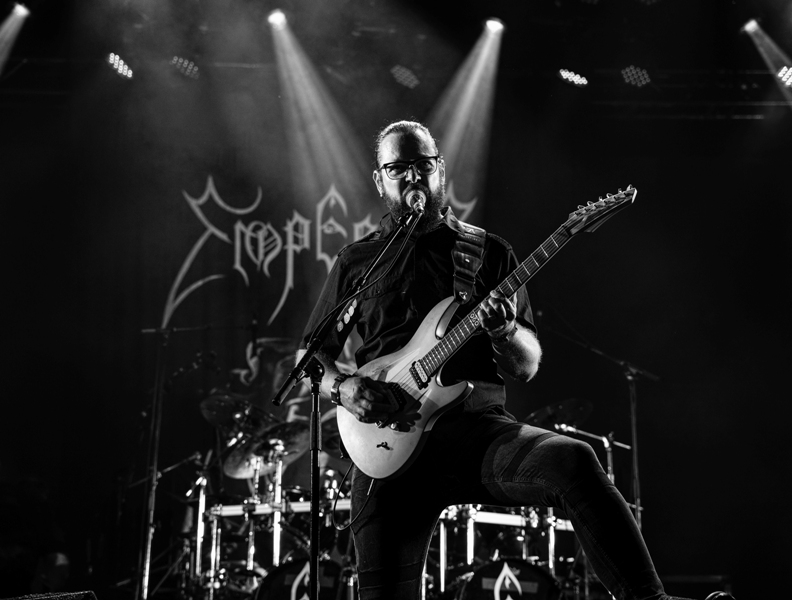 All at once the storm broke, and broke not like something so prosaic as drops of rain falling from the sky, but like the fabric of the world rent open and transformed into rushing deluge. Like the air itself was exploding into water, all order and sense cast into the whirling gale. The light took on that purpling rose glow like the midnight sky in deepest winter, icy razor waves lashed the land and stage. Fear and exultation. The night comes whirling like a maelstrom, and all of a sudden there is clarity and release. Dark winds command the throne. Emperor, lord of storms. ■