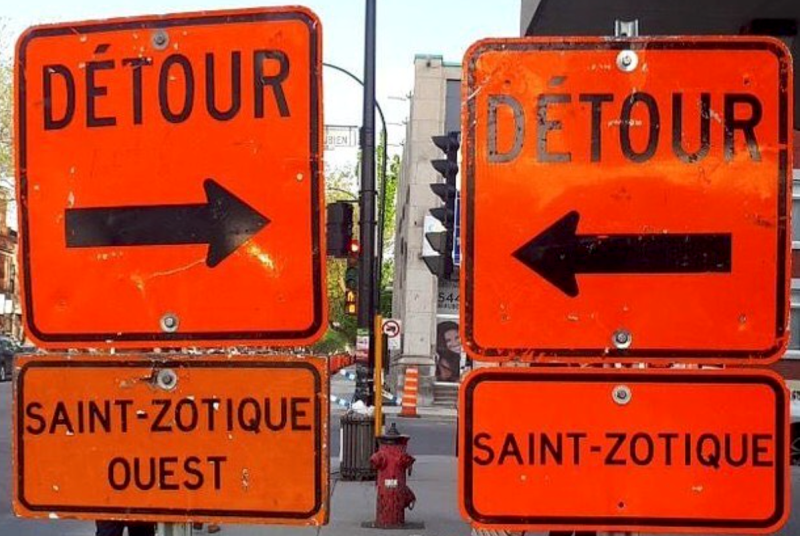 If you live in Montreal and take to social media to share your grievances and seek solidarity in fellow Montrealers navigating the everyday obstacles of the city, chances are you’ve stumbled across @fucknomtl, the Instagram account rounding up the best, but mostly the worst of Montreal.

Evie Saint Laurent, an alias used for professional reasons, runs the account with editorial help from several fellow Montrealers and generous contributions from the public. She says the account, which started over six years ago as a Tumblr blog, was initially a collective repository for photos. “It was really just me and a few other people, and rather than taking photos and sending them to someone I just put them there, basically as an alternative to a Flickr account. Then it moved over to Instagram because, well, for one thing, Tumblr is like 90 per cent porn now, but Tumblr’s format isn’t very useful if you’re not a member.” 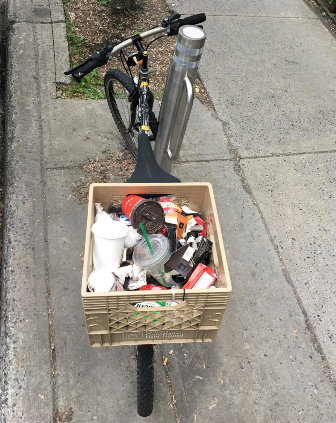 The account now boasts close to 7,000 followers and was named #1 Best Instagram Account in our Best of MTL 2018 readers poll. What hasn’t changed between the Tumblr to Instagram transition, says Saint Laurent, is the constant influx of content. “Sometimes I’ll see something and think nothing’s gonna top that, it’s the most Montreal thing I’ve ever seen, and then three days later someone will send something to me and I’ll be like, ‘Are you kidding me?’”

But no matter how far you scroll, the archives remain relevant.“There’s really so much gold deep down there,” says Saint Laurent. “The very first photo ever posted was one of the most iconic ones — it was the bicycle basket full of trash, which is my favourite thing. Now I call it trash-holing.”

Trash-holing, by her definition, is not a phenomenon exclusive to Montreal, but is particularly present in the city. “Trash-holing is where Montrealers see anything that is like, concave, and they just put trash in it,” she says. “You can tell it’s not just one person, too, it’s like this weird communal lack of accountability and it constantly happens here.”

Besides the Jenga-like trash piles on every street corner, Saint Laurent has a running list of Montreal classics. “Obviously unicycles. Here we have circus culture, a lot of people juggling, unicycling, more clowns than you would expect to find,” she says, and added that after years of exposure means the editorial bar is set pretty high for incoming unicycle photos. 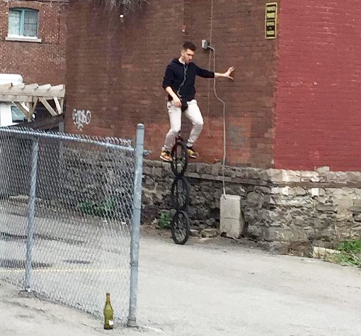 “I love how many businesses have ‘2000’ in the name, like Copie 2000, or Y2k. It’s this concept of like not fully having a grasp on the future, and I think Montreal as well seems like it’s stuck in the past in a lot of ways and people don’t have long-term plans for things, especially in city development.”

According to Saint Laurent, Montreal’s infamous crumbling infrastructure is testament to that. “Cones. It’s wild, it’s like a scourge,” she says, and then there’s the construction corruption issue itself. “It’s never gonna be finished — it’s just gonna be forever.” The list goes on, as evidenced by the extensive and growing archives, but even after thousands of posts and daily Instagram stories, the element of surprise persists. “I’m endlessly delighted at the fact that I can still laugh and be surprised,” Saint Laurent says.

“Oh, and I guess merch makes sense now?” she adds. “A lot of people have asked for it, but I don’t want to make something that’s straight to the landfill” — or, in Montreal, the nearest trash hole. “I’m working very slowly on a book, so I’m trying to boil down all of the things that are unique to Montreal. I have at least 100 things so far,” she says. “It’s obviously a bit niche, but I do think there’s a huge audience for it here. Give it to everyone that’s leaving the city, or coming to town.” 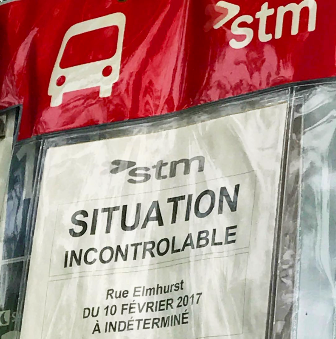 The book could potentially be one of the more authentic souvenirs one can bring back, perhaps at odds with the kind of #mtlmoments advertised to tourists. In fact, @fucknomtl intentionally repurposes the hashtag to show the real, everyday Montreal moments. “If you look at the #mtlmoments tag, it’s mostly latte art, fitness inspo or shots of that ferris wheel. It’s all so bland and unrealistic and I love the idea of seeing that tag flooded with trash and people talking on their cellphones on a unicycle, to make it a little more realistic,” says Saint Laurent. “Montreal is so easily and often romanticized, especially for people just coming here for school and then leaving,” she says. “It’s only people who come here, find a great apartment and don’t pay taxes yet who love everything about it.”

But she isn’t completely pessimistic about the state of affairs, “There are some things I post that I want the city to improve. I don’t want people to pile up their trash in the park. But there are other things where I’m like, ‘C’est Montréal, wouldn’t have it another way!’ And that’s what makes the city unique.”

In fact, @fucknomtl could be read like a love letter to a city, celebrating both its flaws and its beauty. “I think it’s totally evident in the account itself, but you can’t really love the city unless you hate it, and if you don’t hate it a little you probably don’t love it right.” ■